by Herman Manson (@marklives) CityMob, the group buying site started by three entrepreneurs in Cape Town in early 2011, has made a significant change in direction as the shake-out in the group buying market continues.

Although profitable at the time the trio – Luke Jedeikin, Claude Hanan and Daniel Solomon, had decided to move away from the mass discount, 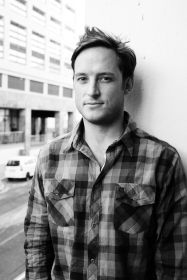 quantity over quality focus in much of the group buying space. As their competitors closed up shop, including the Naspers backed Dealify and the Avusa backed Zappon, the CityMob founders had already identified their key differentiator and were planning the relaunch of their business as an online design retailer specialising in ‘flash sales’ (time-limited sales).

It was a natural evolution for the business which had specialised in sourcing high quality deals with top brands in its group buying days. Self funded to date, it didn’t have a massive database of users as some of its competitors had, and very little marketing budget, so all that was left was to compete on was product.

The entry of Groupon into the South African market shortly after the launch of CityMob helped the team up their game and taught them so hard business lessons as well, says Jedeikin, the MD at CityMob. As questions were raised as to the sustainability of the group buying business model, the entrenchment of Groupon as the dominant player in the market and deal fatigue starting to set in amongst businesses, CityMob needed to not only differentiate itself but also needed to find a position with a much higher barrier to entry, hence the move into selling products rather than vouchers.

The site is no longer pursuing bargain hunters as its core audience – instead normal retail type discounts of between 10-15% are applied where appropriate while other items are sold at full price. Initially relaunched in beta to cater to both group buying and flash sales, the site has been weaning its users off their discount mania and now only offers flash sales on curated design goods.

When Jedeikin talks design he talks about it in its broadest sense – well designed clothing, decor, art, the works. As long as it considered, of high quality, beautiful and well designed CityMob is interested in selling it.

CityMob, says Jedeikin, is now positioned to connect great design with an appreciative audience, especially welcome for designers without a retail space. Retailers can test products using CityMob, pushing for example six or seven colours to determine which will work best, before taking two or three into the more formal retain environment.

“It can take three months to get into a store and just as long again to start seeing what sells, our online pop-up shops (brand ‘sub-let’ space on the CityMob site) allow you to get data on what works and what doesn’t within seven days,” says Jedeikin.

Jedeikin says the closed member community allows retailers to be more experimental than they could be in-store and then push successes into stores. And where online retailers generally try to sign as many brands as possible, meaning your brand competes with a dozen or even several hundred others on site, on CityMob there is no long term lines set up, so you compete with much fewer brands.

The team currently consists of 15 members with Jedeikin looking to appoint another seven. While the group buying business was a profitable one CityMob 2.0 is still building momentum, and Jedeikin says he is looking for investors to help finance its expansion. “We are not profitable now but we are not profitable on our own terms, as we are re-investing our capital in growth” says Jedeikin.

At the moment CityMob has a database of around 100 000 users. It has seen some attrition, especially from bargain hunters, with the move away from group-buying, but has gained a more affluent customer base. The basket size of the average customer has increased from R65 in its group buying days to R550 today. “We are not obsessed with scale,” says Jedeikin, “we focus on activating participation by existing customers.

CityMob also doesn’t sit with stock or warehouse infrastructure – once a sale ends CityMob places its purchase order with the supplier, the supplier delivers to CityMob who then packages the parcels and ships them out using an established courier.

Pricing sits somewhere between wholesale and retail and CityMob takes around 30% of the asking price. Jedeikin says Johannesburg and Cape Town are their primary markets but increasingly people from outside these main centres are also shopping on CityMob as often they are unable to source similar quality products locally.

The flexibility inherent in the sales route and business model being pursued by the CityMob bodes well for the future of the business. Online curation of quality and good design is becoming a key differentiator for smaller ecommerce outfits in an environment that’s become increasingly cut throat.

* Reader special: Citymob is offering MarkLives readers a 15% discount (over and above the usual discount) on any item in the Citymob store. It can be used a maximum of twice PER user. Just enter the promo code MARKLIVES when at your check-out!