Pendoring Awards more competitive than ever

by Herman Manson (@marklives) The Pendoring Awards, established in 1994 to promote and award Afrikaans language advertising, is coming to the Western Cape, one of the two provinces in South Africa where die taal is spoken by the majority of residents. It’s been warmly embraced by the city and its ad agencies.

The Pendorings have joined Cape Town’s  Creative Week and the award ceremony takes place the Friday September 21 – before the Loerie Award ceremonies (which take place on the Sat & Sun evenings of Sept 22 & 23).

Pendoring General Manager Franette Klerck says the move to Cape Town has reenergised the award show which has been run as a Section 21 (not-for-profit) company since 2010. This year saw over 500 entries – a jump of 40% on 2011. Entries from ad schools increased from 62 to 94 this year while entries from agencies jumped from 283 to 384.

Most categories saw increased entry levels although numbers for Outdoor were disappointing, Klerck admits. Digital entries grew well and, in a 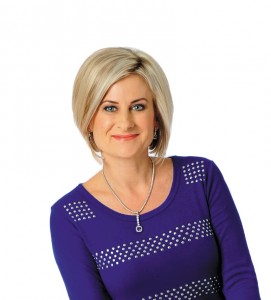 departure from judges comments on the crop reviewed in 2011, were commended for a dramatic increase in quality.

Klerck says the Pendoring Awards remain independent and is not ‘part of the Loerie awards’ – it’s simply part of Creative Week, a legacy event for Cape Town’s World Design Capital 2014 bid that aims to ‘strengthen the local creative community by providing a platform on which local creative and innovative industries can showcase their work.’

The award show received strong sponsor support, especially from brands with Afrikaans language roots or a stake in the Afrikaans constituency, including Ads24, Beeld, Die Burger, kykNet, Toyota, Rapport and Media24 as well as cultural organisations such as Die Dagbreek Trust and the ATKV. Sanlam, OFM, Klipdrift and eNuus (which will replace the SABC as a sponsor this year) are also on board.* 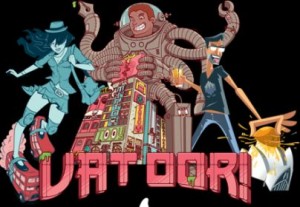 Traditionally agencies such as Draftfcb and Joe Public have dominated the event. They happen to have clients prepared to spend significant budgets on creating Afrikaans language advertising. That said, it is not a given that they will dominate again this year, given the spike in entries from a much more diverse group of agencies, says Klerck.

This year the agency with the most finalists are Ogilvy Johannesburg (12) followed by Joe Public (10), Draftfcb Johannesburg (8), House of Brave (7) and The Jupiter Drawing Room (Johannesburg and Cape Town) with 5. TBWA\Hunt\Lascaris Johannesburg and Black River F.C. has four each, and Net#work BBDO and Dojo115 three each.

Etiket, human.kind advertising, MetropolitanRepublic, ninety9cents and The Suits Communications each have two  finalists, while BesterBurke, DDB South Africa, Gloo, EURO RSCG, Marchand, 60 layers of cake, Studio Zoo and Trigger have one finalist each.`

* Book your seat at the Pendoring Awards.

* MarkLives is an official Partner of the Pendoring Awards 2013. The partnership respects our editorial integrity and right to report critically and independently on the awards.

One Response to “Pendoring Awards more competitive than ever”