It’s an important milestone for the business in a market where few publishers have committed real budget to unique, journalism driven content 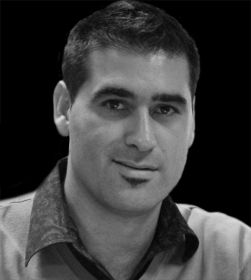 Charalambous says the site is fast approaching the 200 000 unique user mark a month, with spikes in its traffic every time a major story breaks, as with the Spear painting controversy or the recent massacre of miners by police at Marikana. “When people want a good break-down of events they come to us,” says Charalambous of the traffic spikes.

Marikana especially has brought the strengths of Daily Maverick to the fore. Although it does not have a formal investigative team, as many of its print rivals has, its investment in both experienced reporters and young new talent paid off when it helped unearth the true extent of the killings at Marikana and disturbing evidence of possible police brutality and heavy handedness.

Charalambous says the publication had committed five members of its 20 strong newsroom to covering the story and describes it as a coming of age both for online journalism and for the Daily Maverick, which experienced massive international and local media exposure as it published more evidence of what had happened ahead of its media rivals.

In terms of iMaverick, which launched as a daily tablet newspaper and has since been scaled back to a more manageable (for both readers and the production team) weekly magazine, subscriptions have climbed to 7,800, and advertisers are showing a keen interest.

Charalambous says the really exciting part of the tablet business is that the iMaverick team no longer view it as a tablet business. It’s become a smart phone business instead thanks to the quick uptake of Android operated models – which opens up the possible the base of people potentially able to access it from several hundred thousand to several million. Charalambous himself reads iMaverick on his smart-phone which he says has a big enough screen to make the option viable. It’s impacted on the dynamics of the business model the iMaverick team is pursuing.

iMaverick reaches a high LSM at a fraction of the price it costs to go into print glossies – a monthly package on iMaverick comes in at around R45 000 (for which advertisers receive four ads in each of the next four issues). At the Financial Mail (with a paid circulation of 20,961) you will look at R50,990.00 for a single full colour full page ad. A DPS at FM costs R101,980.00.

The daily website meanwhile has achieved success in luring brand advertising online. It’s a sector long ignored by local publishers most of whom work on CPM models, and advertisers, who has been pushing money into search and their own websites. Charalambous says that the Daily Maverick is making a compelling case for brand advertising online through a unique model that limits ads to one per page. Click through rates for site ads stands at 0.75% – well above the SA benchmark rate of 0.22%. The average display time of a 300×600 advert on DM is 3 min 30 secs.

Charalambous promises a new project “that will disrupt the South African media industry” launching from the stable in November. No more details are currently available. With the two Maverick products on relatively stable ground the business will be undergoing a slight restructuring and reallocation of resources to accommodate its next addition.

One Response to “Daily Maverick, iMaverick turns the corner”