Are you a Loerie Fash Ho?

by Louise Marsland (@louise_marsland) One of the things about the creative industry is the fact that if you say ‘black tie’ on an invitation, the only people who will pitch in full evening dress are the clients.

Everyone else will try out do each other in subverting the dress code and making a creative fashion statement.

People attend Loeries for the work, the awards, the parties and also to be seen rocking a statement outfit or being as ‘anti-establishment’ as possible by going against the grain.

I remember the first time The Loerie Awards, which had become a six-hour ordeal interspersed with M-Net continuity announcers, went to two awards evenings the first time at Sun City to try get the length of the evening down by splitting the awards into two nights.

In protest, one top creative, can’t remember who, went shirtless the first night, only wearing trousers and shoes and socks, and the next night pitched in his underpants with a shirt, tie and jacket on.

And I’ve seen someone draw a bowtie on a white T-shirt in black marker pen and proudly march up on stage to collect his Loerie.

So we had some fun tracking some of the more interesting fashion at Loeries this year… hemlines are still short for the women, jeans and sneakers are still the dress of choice for most men, but this year it was definitely mostly about the hair and the shoes!

Glitz is making a comeback with quite a bit of shiny metallic colours and fabric making an appearance.

Thankfully the trend for agencies to all wear hats or dress alike to show the world they are a TEAM is on the wane. Dressing alike is so 80s unless you’re in a boy band. 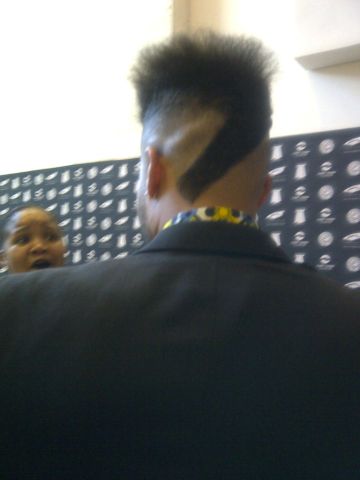 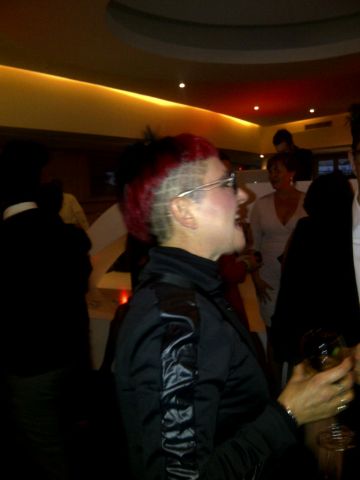 2.       Thank God the hat trend is almost over. Leave them for the races next time. 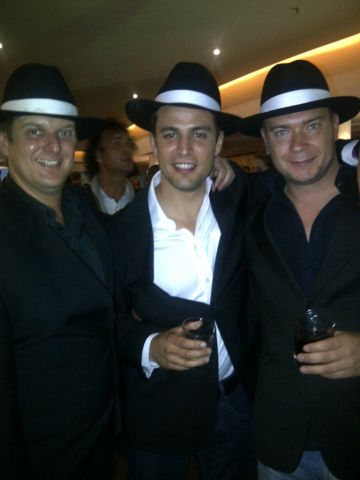 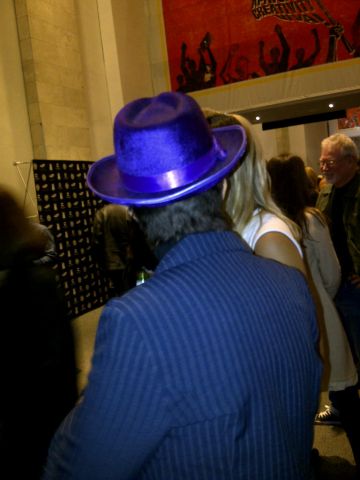 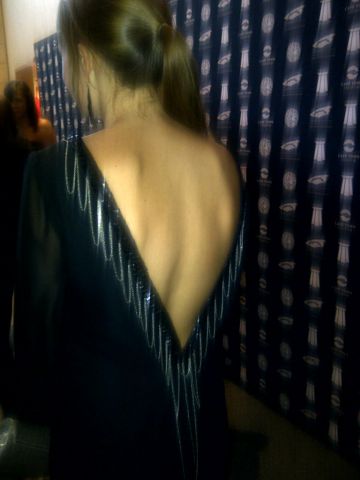 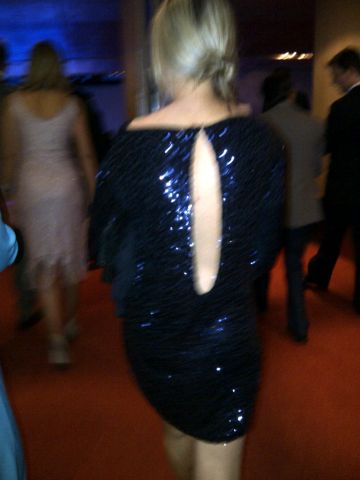 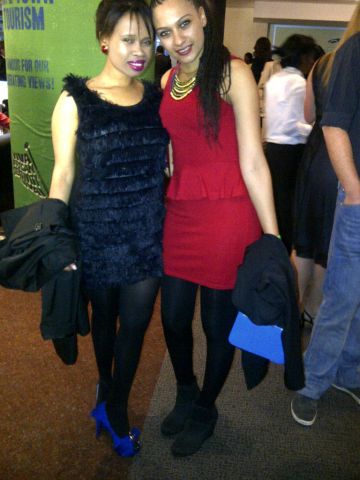 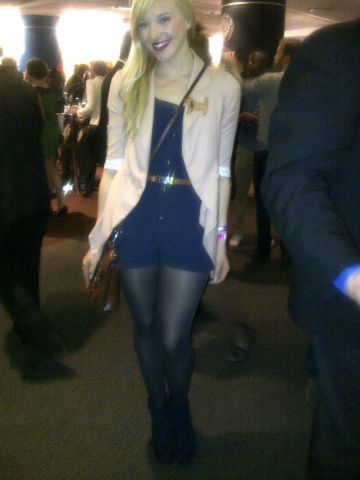 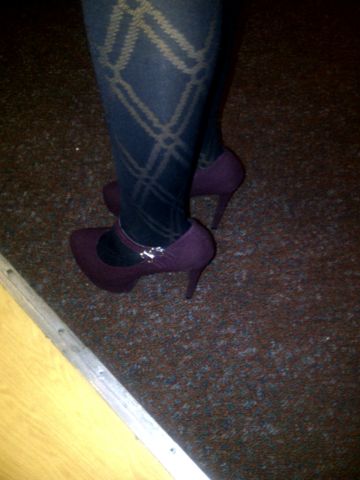 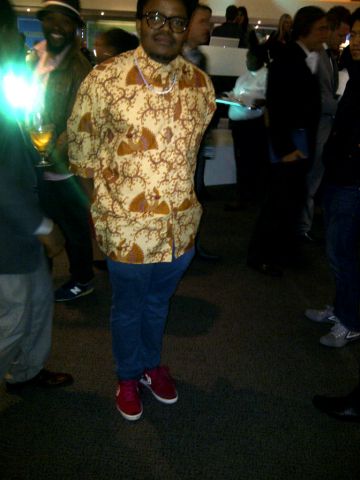 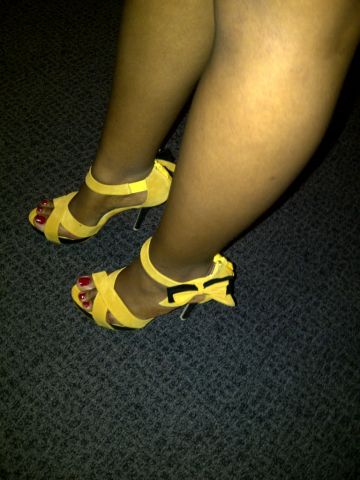 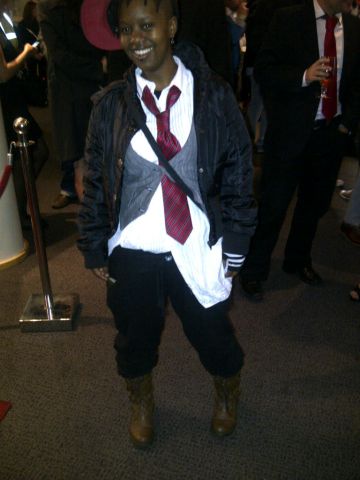 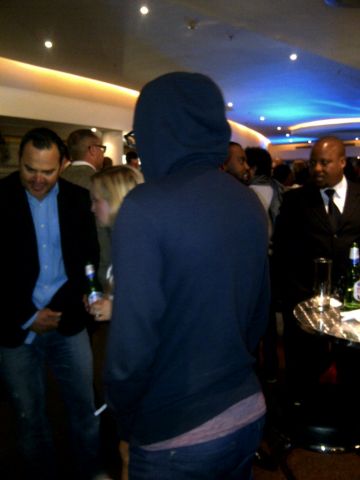 7.       And then there were those that march to the beat of their own drum, who do ‘see the status quo and go in the opposite direction’, John Hunt! 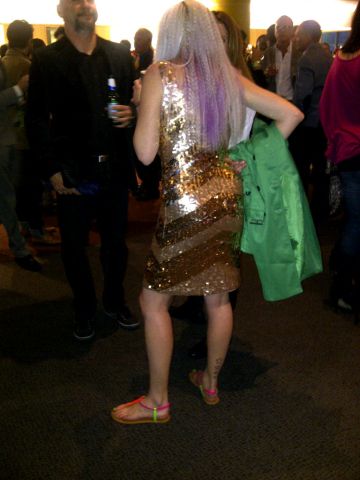 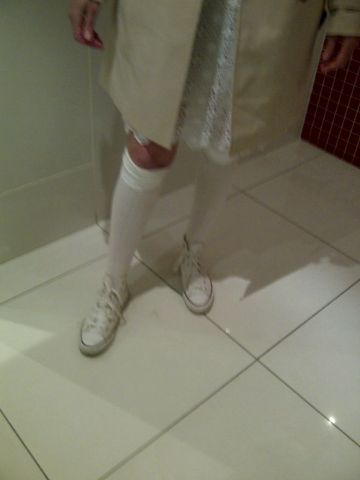 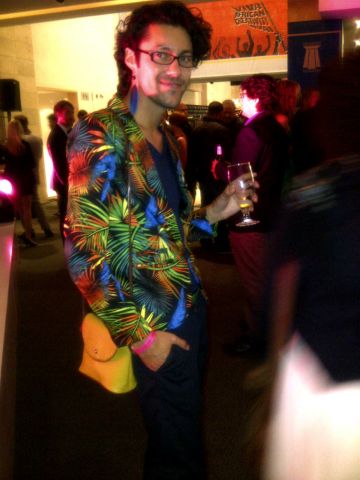 Spotted a colleague? Tag ’em on our Facebook page!

*Louise Marsland is an independent editor and journalist who has been reporting on the media, marketing and advertising industry for two decades, as editor of publications like AdVantage, Bizcommunity.com and Marketing Mix. She currently edits a weekly Media & Marketing Page for The New Age newspaper – appearing every Wednesday, and blogs at www.B2Bbeat.co.za. She loves fashion and watches Fashion Police religiously. Follow her on Twitter @louise_marsland.

One Response to “Are you a Loerie Fash Ho?”