by Herman Manson (@marklives) Primedia Online is evolving from an online publisher with a sales capacity into a major online sales house following its partnership with Independent Newspapers to take over the sales function of its online properties held in IOL at the start of the year.

The company absorbed the online sales team of IOL and its impact on revenues and the company has been significant says Primedia Online CEO Tanja Lategan.

Lategan has been spending the past year consolidating the business after taking over from Nikki Cockcroft. Sales and traffic staff have been moved into a single space – Lategan says although they have traditionally been seen as two teams their goals are closely aligned in terms of delivering returns to clients. Incentives have been aligned for both teams as has work schedules (same incentive means same overtime when 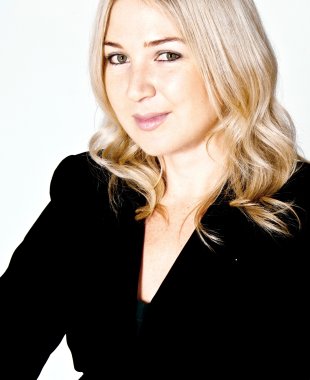 Lategan has also cut 15% from expenditure by cutting expense lines on non-core items such as travel and entertainment which wasn’t necessarily properly utilised to grow sales. She also renegotiated service contracts to ensure they were market related. Lategan also focussed on retaining staff by starting to pay market related salaries, creating internal promotion opportunities, providing training and aligning the office structure with those of the teams, which meant breaking through a couple of walls.

A new content division was set up to service client requests for content – marketers often need content on a project basis and the new content team will be able to provide this. So for example a sponsor of the Super 15 series will be able to get syndicated content from Primedia Online to run on its dedicated sponsorship site.

The content hub will pull in the iafrica content team, bloggers and a team of freelancers and “leverage” them for client content needs. A new payment model for freelancers, based on a pay per read model, was also introduced, with Primedia Online calculating the money made in a specific community/section, working out a CPM rate and then applying it to a story.

On its content portal, iafrica.com, Lategan says the site continues to be refined and optimised. Development work on its mobile platform is also ongoing. The mobile site and content will help expand its youth audience.

The business currently employs 38 people and Lategan says the next financial year will be a good growth year for the business. Lategan expects turn-over to grow by 50% and gross profit to increase by 40%.

Lategan had spent time in London in a sales training position before returning to South Africa in 2005. She helped set up the digital department at Touchline Media, now part of Media24, before being headhunted by Primedia Online in 2008 to their digital sales team. She was appointed CEO in June 2011.

Lategan says the business is a substantially more aggressive and a bigger player in the online advertising and publishing market than it had been.

The combination of publishing and sales experience coupled with ad serving technology through its relationship with Adtech gives the business a unique set of skills that can easily be leveraged for growth.

* We have received the following clarification from Primedia Online: “Although the contract will begin to automatically rollover the contract can still be changed or ended.” Added 08:35 am 2012/08/08