by Herman Manson (@marklives) One year on and 140 BBDO, the agency formerly known as Net#work BBDO Cape Town, has found that its identity change and internal organisational behaviour shift is paying dividends. Of the three pitches it undertook in 2011, it won the two in which it was the incumbent and then scored one of the biggest accounts in Cape Town when it bagged the third in Metropolitan.

The agency also took two awards at the 2011 Creative Circle Ad of the Year Awards for its Mercedes-Benz ‘Test Drive’ work in the print category, 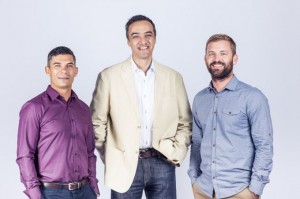 “Over the past year, we have gained a sense of our identity and our worth as an agency,” says 140 BBDO MD Eric D’Oliveira. It’s been shaped by the new thinking and behaviour being ingrained into the agency, with its focus on communication that suits the modern age by being sharp, focused and concentrated (also the agency’ mantra).

It now has the reel, the new business, growth in revenue and talent to prove it is back in the game. The agency is also focused on incubating talent internally and has a staff count of 52, which should jump to 60 over the coming months.

D’Oliveira says 95% of first-time sells on new campaigns to clients are successful, which speaks to the quality of the ideas and strategy that goes into the work right from the get-go.

Matt Riley (@mattmanland), head of communications planning at 140 BBDO, says the style of the agency’s award-winning work is fully integrated, as is the studio.

So, when ECD Ivan Johnson quotes from feedback the agency (@140BBDO) received during a Twitter interview with Bizcommunity.com shortly after the rebrand, in which one smart tweep said “al kry ‘n aap ‘n ander naam brei hy nog steeds ‘n lelike trui” (“even if you give a monkey a new name he will still knit an ugly jersey”), he can laugh about it.

Johnson says the strategy was to transform the agency over a two-year period but the results have already been dramatic – as have the business results for clients such as Hunters and Oude Meester. The agency is credited with helping Oude Meester, a rather staid brandy brand, rejuvenate in a campaign which featured American actor Jamie Foxx.

Johnson credits the close team effort between himself as ECD, Riley and D’Oliveira with the successful transformation of the agency, while saying it was less about change and more about focus and instilling a code of conduct and behaviour among staff.

Staff are constantly reminded of ‘the 140 way’ – so, for example, there’s a standing-room only meeting space to ensure things are kept (you guessed it) sharp, focused and concentrated. All sorts of internal communication – such as leave approval forms – have been adapted to 140 characters.

As a journalist, I appreciated the Twitter message which served as its PR for an awards win late last year, while rivals paid good moola for paragraphs of copy quoting the MD on how great his or her agency really is. Theirs got retweeted. The rest got trashed.

Johnson notes an increase in CVs from ad schools where’s he talked about the core principles of 140 BBDO; they indicate that the agency has once again become a cool place to work for.

According to D’Oliveira, 90% of the agency business runs on a retainer model; it’s not money paid automatically but is reliant on output – a new reality in adland. While he expects the overall business environment to remain tough and a squeeze on margins as clients clamour for optimal value, he believes the agency is well-positioned to forge ahead.

The world – people, business, adland – has changed and 140 BBDO is simply keeping pace, says Johnson. Successfully so, it seems.