Design Indaba 2012: John Bielenberg is wrong (and right about it)

by Herman Manson It seems like graphic designer John Bielenberg will not be defined solely by his creative credentials. And there are plenty of those, including arms-full of awards, exhibitions, honorary degrees and fellowships.

Bielenberg is also an entrepreneur, an educator and a proponent of ‘thinking 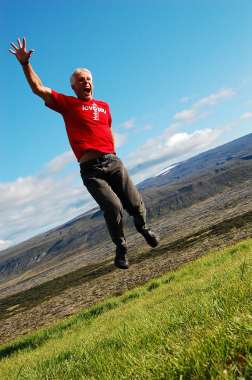 wrong’ – somebody who sees conventional thinking as a threat to creativity and design. Often, says Bielenberg, the creative process goes something like this – get brief, boom, solution – designers become victims of their own heuristic neural pathways (learned, pre-determined behaviour). Thinking wrong disrupts that process and offers the potential for truly creative solutions.

One of Bielenberg’s best known initiatives is Project M, an annual initiative that helps design students think about design with a social consciousness. Project M famously created the Mbulance, an old ambulance his students converted into a rolling design studio, which donated equipment and supplies to Gulf Coast designers displaced by hurricane Katrina.

Another Project M initiative was Free Pie which started when a Project M student revealed her hidden talent to be making pies. In a tough economy free pie and coffee draw people together and gives them an opportunity to have a conversation.

From this humble idea arose PieLab in rural Alabama. PieLab was established as an eatery that could bring a still racially segmented community together in a neutral space. It became so popular that soon a bigger space was required, a space, that on a budget of US$9 000, took second place at the James Beard awards for restaurant design (the entry for the new restaurant at the Guggenheim won). 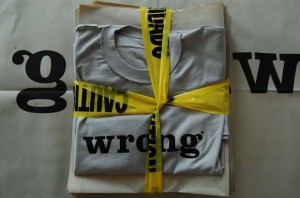 More recently he partnered with Alex and Ana Bogusky (from Crispin Porter + Bogusky fame) and Rob Schuham to form COMMON, which is focused on social entrepreneurship and aims to ‘replace competitive advantage with collaborative advantage’, and with Greg Galle to launch FUTURE, a similar concept but that works with larger organisations and enterprises to drive positive change in the world.

Bielenberg is visiting South Africa as a guest speaker at Design Indaba 2012 taking place at the Cape Town International Convention Centre, from today, 29 February until 2 March. He also brought along COMMON Pitch: South Africa, which takes place on 29 February at Cape Town’s City Hall, where social innovation start-up teams will compete for a R200 000 prize by pitching, in five minutes each, their business ideas to a panel of judges.

Manson: Tell us more about the concept behind ‘thinking wrong.’
Bielenberg: At the core of how humans make decisions and solve problems is a process that drives the brain to solutions that are familiar, predictable and comfortable. This may be efficient, but it doesn’t necessarily produce truly creative or unique solutions.

We now live in a world that is not sustainable, that the relationship between humans and the natural world is out of balance, and that creativity and design are one of the only ways we can avoid disaster. Conventional solutions that reinforce the status quo are unacceptable and dangerous.

Thinking wrong is a process that helps you break free from the boundaries of common, everyday thinking, towards clearer, more innovative ways of thinking and doing.

Manson: Lots of people feel powerless in affecting any positive change as individuals. What do you tell them?
Bielenberg: Yes, it is true that the scale of our global issues can be overwhelming. However, I think the important thing is to just do something positive and not worry about huge impact. Doing something is always better than doing nothing.

Manson: You are a strong proponent of collaborative design. Why is a collaborative approach to design something so many designers struggle with and why is it important for them to change their ways in this regard?
Bielenberg: The simple answer is that I just like working with others. Especially people who are amazing creative thinkers in disciplines different than my own field. Ideas can be imagined that would be unable to conceive otherwise. In addition, many projects today require a large diverse team. More like a movie crew than the lone designer genius working by himself in a studio.

Manson: Do you think the current global patent system is open to exploitation and that it might in fact stifle design rather than encourage it?
Bielenberg: I don’t know much about patents, but I feel that protecting ideas for profit or self-interest is generally stifling creativity and innovation. I’m much more interested in “we” than in “me.” I have virtually no interest in legal issues around this issue.

Manson: When you talk about a new brand of capitalism, what do you mean?
Bielenberg: I’ve been influenced by some of the concepts presented in a book called The New Capitalist Manifesto by Umair Haque and am trying to imbed some basic core values like transparency, sustainability, collaboration and community into for-profit ventures. It’s about a belief in abundant value versus scarce value.

Manson: You believe business should contribute to/do good in the communities they operate in – one would think that this would be a universal truth but the reality on the ground is quite different. Can design help solve this?
Bielenberg: Whew! That’s a tough question. However, I do believe that all enterprise must become social enterprise if we are to have any hope of a positive future. It just makes sense. The idea that generating short-term shareholder value should drive corporate decision making is an antiquated idea and businesses that cling to this model will not thrive in the future.