HP: “We’ve got our swagger back”

by Arthur Goldstuck Celebrity CEO Meg Whitman grabbed the headlines at last week’s HP Global Partner Summit, but the key moment was presided over by Jim Zafarana, head of workstations. We ask him about the company’s rebirth.

From his temporary suite on the top floor of the Vdara Hotel in Las Vegas, Jim Zafarana has a clear view, not over the famed Strip, but over McCarran International Import. It is as if the excessively bright lights of Las Vegas are less of a priority than monitoring the arrivals and 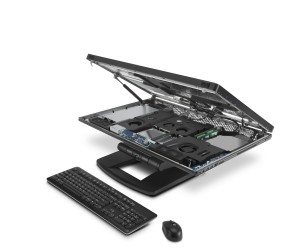 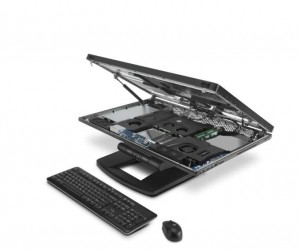 departures of more than 3000 HP channel partners who are descending on the city.

The Global Partner Summit 2012 represents the first time the pioneers of Silicon Valley have brought together their sales partners from across the world. And Zafarana gets to preside over the early climax of the event: the unveiling of the all-in-one, big-screen, sexy-as-big-machines-get Z1 workstation.

The key line in Whitman’s address – “We’ve got our swagger back” – says much about the company’s newfound confidence and the market’s reignited expectations. While Whitman delivers the swagger, one of the men at the heart of meeting these expectations is Zafarana, Vice President and General Manager, Commercial Solutions Business Unit.

And he wants no one to be under any illusion about the robust health of the workstation market, even as ordinary PCs face an onslaught from the tablet format.

“The workstation market has two pieces, desktop and mobile workstations,” Zafarana spells it out. “Both have been very healthy and growing very fast over last couple of years. In particular, desktop workstations make up about 73% of all units, mobile 25% of the market. That has been constant.

“The overall workstation market has been growing 18% a year in unit volumes. Our growth has in fact been driving the market. HP is growing at two to three times the rate of the rest of the market.”

The significant trend underpinning this growth is its regional spread.

“Our growth has been both in very mature markets and developing markets. In the Middle East and emerging markets, in some countries we have 60-70% market share. In Brazil, we might have invested in a factory, in India and China, the dynamics are to a certain extent a case of, ‘the ocean rises and we benefit’. But we are more successful because we focus on those countries.”

Zafarana doesn’t have local break-out numbers for South Africa or even Africa. The continent falls under HP’s Europe, Middle-East and African (EMEA) region, and his eyes light up as he talks about its performance.

“This market is amazing. We just got results for the 4th Quarter of 2011. For the first time in the history of our business and industry, we exceeded 50% market share for both desktop and mobile, as well as the total. That includes Eastern and Western Europe, the Middle-East and Africa. That means we’re strong everywhere.”

And it’s not a temporary peak before the trough: “Both volume and market share are still rising steeply.”

This brings Zafarana to the Z1, a workstation that he believes will storm the small and medium enterprise market. On its announcement, a stream of predictable criticism was leveled at HP. One of these was in response to the innovative suitcase design of the back of the machine, which opens up to allow any parts to be slotted in or out without the use of tools.

This feature was characterised by some as putting an emphasis on serviceability, rather than on the ability to re-configure and upgrade. Zafarana says that misses the point.

“We’re trying to empower the industry, to make these very configurable, very serviceable. There are some PC platforms that are locked tight, and the real person who needs to get inside is probably the IT person or service person. But in a small company, it would be the video editor or mechanical designer.“

And then there is the matter of the hard drive, which many workstations hide as far from the user as possible.

“Many customers want to remove the hard drive and keep it locked away due to the sensitivity or importance of the data, or to move it to a new user, and do it quickly. It could be the Bandito Brothers doing a movie, or the military people who, if a helicopter goes down and they have to destroy it, first need to take out the hard drive. The information is that important.

“We are empowering our customers to do what they need to do in a professional environment. I set the direction that the Z1 needs to be serviceable because customers need that feature too.

“It has to have a support model that’s global and reflects what a workstation user needs. You don’t want to send it to an HP store to get it fixed. So we give a three-year next day on site, as part of a global support package. That’s huge. It’s even more important if you’re a small company. If you have two designers and one system is shipped off somewhere, you’re in trouble.”

Zafarana also does not shy away from inevitable comparisons with Apple’s iMac 27” workstation, which introduced the concept of an all-in-one workstation.

“We designed the Z1 for the professional user. We decided we weren’t going to build a consumer technology product, but a professional technology product. We targeted professional applications. When you think that way, now you have to think Adobe has optimised software for NVIDIA graphics, and so has Autodesk. Those users need reliability, so we decided on ECC memory and Intel Xeon chips, which give you that performance edge. These users also need high performance, highly reliable disk access, so we put in a RAID configuration. They need to burn Blu-ray DVDs in real time, so we put in Blu-Ray writers. Professional sound engineers want professional sound, so we built in that capability.

“Add it up: ECC memory, enterprise class hard drives, Blu-ray writing, professional graphics, professional audio in and out. The market can say whether we are competing, but in fact we have a different product.”

A hallmark of HP’s workstations is the extent to which they are developed in partnership with component suppliers. Part of the strength of those partnerships, he says, is that on a technical level, it is a relationship of peers.

“Thirty years ago we didn’t have standard components; we had to develop our own CPU, graphics drivers, motherboards, chassis. This was a vertical business, demanding very high investment.

“As the industry moved, and Intel, NVIDIA, Microsoft came into the market, we could move our business. But we still have the people who know how that all works, so when we’re working with NVIDIA, I have somebody who works as a peer with NVIDIA, and has deep knowledge. We do testing with applications on a graphics card, and are able to give feedback to NVIDIA six months before they launch that card. Same with Intel.

“If you ask both companies who their most technically deep technology partner is, it’s my team. I have a deep core competence here. My people have been through many transitions, many technologies, and I hope it shows in the products.”

There was a time, of course, when it was all about performance, with little focus on the user experience. That is still sometimes reflected in the bulky design of the devices the company produces in several categories. It is in fact the sensibility behind the new slogan unveiled with the Z1, “Power without the tower”. It is not only the competition that has tried to embarrass HP about this one.

“Ten years ago we were considering a new platform, and showed it to General Motors, then one of our biggest customers. Their executive walked in, and the first thing he said he didn’t like was the acoustics. Then he held a piece of paper up to the front of the workstation, and the fan sucked it in. That told him the air was moving too fast. My team was very embarrassed.

“That was a single moment in time when we said we needed to focus on issues like acoustic design. Before that, the focus was only on performance. We invented liquid cooling of the workstation, and the technology to control fan speed matured to manage airflows.”

So, while performance remains at the core, other priorities go along with it:

“When you see the systems we design, the cooling, layout, systems and innovation, we start with quality and performance as the base. Another reason you will see we’re serious, is that we’ve been leading on executing the Intel and NVIDIA roadmaps. We’re never late; our customers expect us to be first.”

HP may not have been a start-up for decades now, but the company’s experience, and its continued market-leading results in the workstation arena, says Zafarana, provides some object lessons to start-ups.

“If you’re in a business that’s starting out, or that’s struggling, the way to grow faster or recover is to innovate, change your business, make better products, make new product categories.”

And, within his most practical nugget of advice, unsurprisingly, lurks a hidden message about how workstations can help ramp up your business:

“If you pay someone $100 000, and you want them to work faster, upgrade their infrastructure – it’s the cheapest thing you can do. Its one of the smartest things you can do. ”