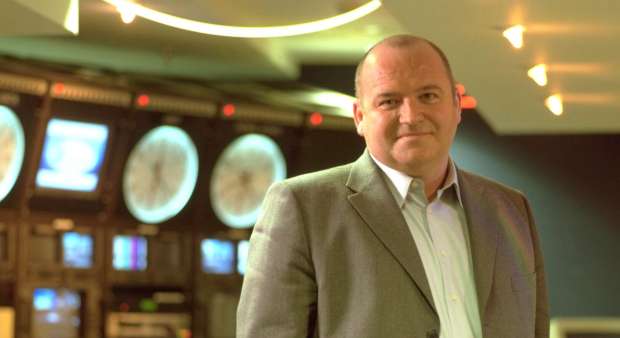 Herman Manson: Tell us more about the size and scope of CNN International’s operations in Africa.
Tony Maddox: Africa is a big part of CNN and I think will continue to grow. We have invested in a hub in East Africa and Lagos and have also increased our investment in our Johannesburg bureau. All of this means we are better able to respond to stories across the continent, such as those emerging from Somalia at the moment. If you look at an event like the COP17 conference in Durban, our Johannesburg bureau [was] able to cover it in real depth, and [we] also invested a great deal in the Ecosphere initiative that monitored social media during the conference. These… really helped bring our audiences close to the story on the ground.

Manson: Is this a market that is becoming viable commercially for international broadcasters such as CNN?
Maddox: Africa has always had an enormous amount of potential, but I think it is beginning to realise that potential to the full. African companies in areas such as banking and telecoms are genuine global players now. The infrastructure is improving, people’s prospects are better and investment is coming into the continent from all over the world, including the likes of China and Russia. Many of our African advertisers – people like Glo, MTN, Zenith Bank, UBA and South Africa Tourism – have long-term relationships with CNN. I think Africa is absolutely commercially viable for CNN, and the entrepreneurial culture on the continent will only make it more so.

Manson: Will MEA operations ever gain enough scale to be run from outside Europe (ie be run from within the MEA region)?
Maddox: Atlanta is the hub of our operation and I’m sure that will remain the case, but we have always used regional hubs to give us a sharper focus throughout the world. For example, we made an important investment in our Abu Dhabi bureau, which has made a fantastic contribution to our coverage in the Middle East – and given a lot to our audiences throughout the world. Our Africa bureaux are already a very important part of the CNN global jigsaw, and the investment we made and continue to make in them is recognition of Africa’s importance. As Africa changes, I’m sure our investment in our Africa operation will change in tandem.

Manson: CNN has worked hard to integrate social media and ‘citizen reporting’ into how it covers news. Tell us about that process and why CNN felt it was an important one to embark upon?
Maddox: I think social media is exciting and important for newsgathering, and it is here to stay. The proliferation of devices like camera phones and the rise of bloggers and media such as Twitter mean that information flows in a different way now. Very often the first reports from the scene of a news event come from eyewitnesses, and these spread very fast.

All this is impossible for news organisations to ignore, but it also presents challenges for audiences. How can they know what’s real and what’s not? Who can they trust? That’s why it’s important for social media to be part of what we do. By embracing it, but also by rigorously checking, acting as curators, and applying proper journalistic standards to that content we can make it work for us and our audiences.

With iReport, our citizen journalism platform, we have also built a community of close to a million people who have enriched our reporting and our content enormously.

Manson: And how has social media impacted on your news cycle?
Maddox: I think speed of information is clearly the key impact. Many stories are broken on social media now, including from our own journalists. This means we have to be faster on our feet, but also wary. Accuracy is the absolute cornerstone of newsgathering and always will be, and that puts pressure on a newsroom when a story breaks via social media.

We cannot have people everywhere and nor can any news organisation, but we can ensure we check our sources, corroborate everything and make absolutely certain that we do not mislead our audiences by taking social media at face value. So the news cycle is much faster now, and there is more information around, but the principles of good journalism still apply. If anything, more than ever.

Manson: How interactive will TV (and specifically TV news) eventually become?
Maddox: I think that you’re already seeing a very interactive relationship between CNN and our audiences through social media and initiatives such as iReport. Where this will eventually lead I think may be partly determined by technology, but it’s great to have a close relationship with our audience and to get many perspectives on a story, as well as instant feedback on what we do. What won’t change are the professional standards, principles and techniques that underpin that, because that’s where we’re bringing value to our audiences.

Manson: You are positioned as a non-partisan news channel in terms of domestic politics in the States but you definitely have a pro-American image in the rest of the world. Would you agree? And does that offer any particular challenges?
Maddox: I think our audiences know us as impartial and trust us to deliver a non-partisan viewpoint. I actually think any perception of bias comes from people who are unfamiliar with our output. Impartiality is at the core of what we do and always will be, and I challenge anyone to find bias in our content.

We are an American company, and we’re proud of that, but look around CNN International’s offices all over the world and you’ll find many nationalities, faiths and political persuasions represented; but what you’ll find they have in common is a desire to find the truth, and that’s the most important unifying principle at CNN.

Manson: 24-hour news channels have become mainstream and the market is getting increasingly competitive. What shifted culturally to take it from quite a niche segment to boom?
Maddox: I think the world has become smaller and people see how it is interconnected. I’m certain that CNN has played a role in that process, but equally I think it’s a result of globalisation, of the fact that people recognise the importance of international events in their everyday lives, their jobs, and their futures. The global financial crisis, the Arab Spring, the Japan Tsunami – these events affect pretty much every corner of the planet in some way, and CNN helps people make sense of them.

Manson: In terms of the English-speaking African markets you compete primarily with BBC World News, Sky News, Al-Jazeera and eNews. Who of these guys are getting it mostly right in your mind, and why?
Maddox: I think CNN has a really strong offering for audiences in Africa, with some great content across TV, online and mobile that’s dedicated to African stories, alongside an international perspective they can’t get from domestic broadcasters. But I don’t think anyone can rest on their laurels in a continent like Africa. I respect all of our competitors, but I think what’s more important than looking at other broadcasters is to look closely at the way audiences are changing in Africa.

Not so long ago the dominant medium across Africa was shortwave radio; nowadays there’s incredible progress in areas such as streaming video on mobile phones. The pace of change in Africa is exhilarating and means that we need to keep pace with what audiences want. The minute you sit back and say that you’re satisfied, you’re in trouble. We can always improve.

Manson: So a big story breaks and you need a team on the ground on the other side of the world. Can you take us through the process and logistics of getting them deployed and broadcasting?
Maddox: [Last] year [was] like no other in the sense that [we] had so many long-running stories that require continuous commitment from us. The stories in Syria, Libya and Egypt have all extended out over months. We’re able to plan a rotation around those and move crews in and out, using people on multi-week assignments. Then if one of those stories gets bigger, we can easily draft more resources into it.

But there have also been stories that have rumbled along steadily and then suddenly got louder and louder, like the debt ceiling in the US and the global stock market fluctuations. A big factor in that story has been what is happening in Europe with the Euro crisis, where the story has moved from Greece to Ireland to Italy and so on.

Our Asian operation has been very important for that coverage. As Wall Street closes and people track those stories, Asia just goes to work and you see our people like Kyung Lah in Tokyo going on to Piers Morgan’s show and giving people a sense of what is going to happen the next day and where we are in the cycle.

David McKenzie, in our Nairobi bureau, has also been in and out of Somalia and they did a lot of great setup work ahead of Anderson Cooper and Sanjay Gupta’s arrival. That allowed them to go into what is the definition of a very anarchic and chaotic situation. They’ve been able to immediately hit the ground running and broadcast live with great material. It is very much to Cooper and the team that they chose the week of launching their new show to actually put the flag in the sand there in Somalia.

Manson: Journalists often face persecution and harassment on the continent. How do your own teams deal with issues like these?
Maddox: We take safety very seriously and the security of our correspondents is always our first priority. All personnel on duty in potentially dangerous places have extensive hostile environment training and we make sure we have an exit strategy in case a situation becomes too difficult. But the safety of journalists in hostile environments is, sadly, becoming a bigger issue all the time, so it’s something we are always looking at.

Manson: Where do you think South Africa is heading in terms of media freedom given the passing of the recent ‘Secrecy Bill‘ and other proposals such as a media tribunal? Does it surprise you that it is happening here and what do you think is the motivation behind legislation like this?
Maddox: I think a free press is the best sign of a good healthy democracy and a stable country. I’m sure the government have their reasons for the Secrecy Bill. But a free press shows a mature government that isn’t afraid of criticism. As frustrating and annoying they might find it, I think any government is better off with free press than trying to impose news censorships; that kind of thing never ends well.

– Updated 16 Jan 2012. An earlier version of this story incorrectly stated that Maddox was in South Africa at the time of this Q&A.  We apologise for the error.