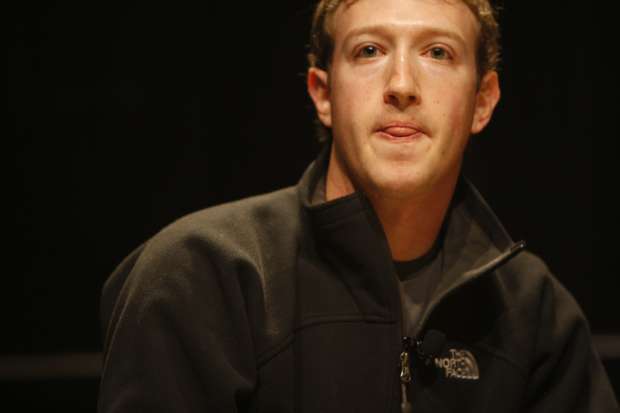 by Arthur Goldstuck Forget the Mayans. The real apocalypse in 2012 will come via Facebook, and Naspers will be laughing all the way to the bank.

But first, let’s qualify that statement. In Internet circles, the world as we know it is the one in which social media dominates most of our online activity, and every business is told it must be part of it. Yet no one knows what it’s really worth, how to work it to maximum advantage or how important it will be in a few years’ time.

In 2012, some of that uncertainty will be dispelled by one single event. It will be the year of Facebook being listed on the stock market, in what the Americans call an Initial Public offering, or IPO.

Speculation on its likely market value has been raging.

In October 2007, when Microsoft announced it would buy a tiny 1.6% share of the company for $240-million, Facebook was given a firm value for the first time: a cool $15-billion. At that point, it had made a mere $150-million for the year, largely from advertising revenue. Microsoft were betting big on the future, with little idea of when that future would arrive.

A little less than two years later, Russian Internet entrepreneurs Digital Sky Technologies (DST) bought 1.96% of Facebook for $200-million – instantly suggesting a value of about $10-12-billion, and also that Microsoft had overpaid. Over the following year, DST carried on accumulating Facebook shares, buying them directly from Facebook employees. They were able to build up to a 10% share, revealing the impatience of Facebook staffers who were tired of waiting for what would inevitably be a lucrative IPO.

There was a strong South African interest in this process. Local media group Naspers owned a 39.3% stake in DST’s main asset, a Russian Internet company called Mail.ru. In 2010, Naspers traded its Mail.ru shares, along with a $388-million investment, for a 28.7% direct share in DST. In effect, that means Naspers owns around 3% of Facebook – or at least has an economic interest in Facebook worth close to 3% of the company’s value.

During 2010, an attempt was made to value Facebook based on the value of an equivalent company: Chinese social networking giant Tencent. The coincidence was that Naspers owned a major stake in this company too: a 35% share in an outfit with a market capitalisation, then, of $32-billion. Today that value is $42-billion, revealing the huge potential growth that lies in wait for early investors in similar operations.

In the meantime, though, Facebook’s user base has grown from 500-million to 800-million, and such values are regarded as hopelessly conservative. In 2012, it’s user number is likely to reach the 1-billion mark.

The value indicator that is now getting the most attention is a secondary shares market called SharesPost, where holders of shares in private companies can trade them as if they are publicly listed. The current value of a Facebook share is around $32, and about 2.5-billion shares are in issue. That gives the company a value of $82-billion.

The consensus is that the IPO will aim at raising $10-billion, and value the company at $100-billion. That will make it the 6th largest IPO ever in the United States. To many, these numbers represent proof that we are in the midst of an Internet bubble – and the Facebook IPO will be the final pinprick that bursts the bubble. That, in turn, will spark an apocalyptic meltdown of the world’s stock markets.

However, Facebook’s reported advertising revenue seems to justify the numbers. Last year it was believed to have made around $5-billion, which could double this year. But even those figures are mere speculation. As with rival social network Twitter, they reflect both the secretiveness and the mystique around the real value of such companies.

All will be revealed when Facebook files its IPO in the first half of this year. And, as psychologist Judith Ancer pointed out in a recent column, the original meaning of the word “apocalypse” was to reveal or uncover.

For Facebook followers, then, 2012 is truly the year of apocalypse.

* Arthur Goldstuck heads up World Wide Worx (www.worldwideworx.com) and is editor-in-chief of Gadget. Follow him on Twitter on @art2gee. Reprinted from Gadget. Photo: Jim Merithew/Wired.com under CC licence.