Following its recent upgrade, Howzit MSN, the South African version of Microsoft’s MSN portal run by Kagiso Media, is being held up as a template for the successful localisation of the global portal.

At the Microsoft Advertising Imagine Istanbul 2011 conference that took place last week in Istanbul, Turkey, the local portal’s success in localising content and in becoming more than a passive content destination (MSN is the default home page for millions of Internet Explorer users and is promoted via Hotmail and Window Live Messenger) was praised by Salwa Smaoui, regional director, advertising and online Middle East & Africa at Microsoft Advertising.

Microsoft tasked Kagiso with managing the property in 2010, with Kagiso taking responsibility for marketing, sales and content on the site. 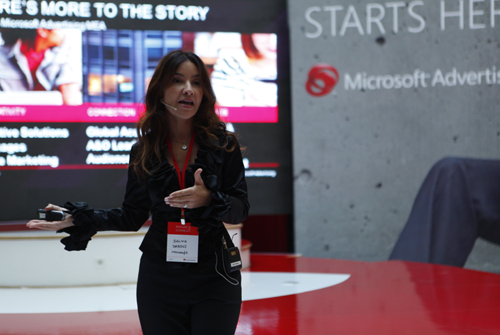 Apart from managing MSN in South Africa, Kagiso is also sales partner for all Microsoft’s Windows Live properties (including Hotmail and Windows Live Messenger) in sub-Saharan Africa through its sales arm digitalmark.

Globally, MSN has 500 million users and is adding around 50 million a year. It is published in 28 languages and serves 20 billion page views every month. Alexandre Michelin (@alexanmic), GM for MSN Europe and executive producer for MSN EMEA, told delegates at the Imagine Istanbul 2011 conference that MSN is moving beyond the passive phase to one where consumers are actively choosing to visit the portal.

As part of its new strategy, MSN will exploit its global and local scale, leverage its technological resources and innovations, claim new territories (such as Arabia) and work towards further innovating its current content offer.

Microsoft Advertising (@MSAdvertising) is a US$4 billion business and makes up 10% of Microsoft’s revenues. Smaoui says the division is experiencing double-digit growth. Its success means Microsoft now sees not only consumers and businesses as core audiences but also advertisers as part of its primary market.

The MEA (Middle East and Africa) region, while a relatively small part of the global Advertising operation, has been getting better at monetising its properties, says Smaoui, who also says that she sees the SA operation driving MSN deeper into Africa.

It’s a success shared by Kagiso, with its “beyond FM” growth strategy, as Corte calls it, which took digital from a 0% contribution to Kagiso’s revenue to nearly 9% today, in just over two years (it also owns stakes in Gloo and Acceleration Media).

The local MSN team currently consists of 26 people, including 10 in editorial. Kagiso has been focused on building management, content and sales competencies and is finally ready to crow about its achievements. The portal has launched 13 local content channels over the past year.

Smaoui says SA ranks high on Microsoft Advertising’s deployment schedule. SA was the first country to get the Xbox Live in the MEA region and Skype and search engine Bing will also be making its way to SA over the next 2-3 years. The challenge for Microsoft is scaling products for global growth and sometimes this delays rollouts, says Smaoui.

In terms of taking MSN into Africa outside of SA, Corte says MSN will be expanding into East and West Africa relatively soon, with local portals for these regions. MSN has also launched a mobile site, which is currently still in beta.

According to Smaoui, Microsoft is taking its responsibility for developing ICT in Africa seriously, as it believes this will contribute to social, people and economic development in the region.

This story is one of several filed from Imagine Istanbul 2011 for Bizcommunity.com. Microsoft Advertising sponsored the flights, accommodation, meals and transport during the duration of the conference.