Knott-Craig Jr on the future of Mxit

Last week MXit was bought out by Alan Knott-Craig Jr’s World of Avatar – at a time when it faces its greatest challenges. He talks frankly about competing with BBM and WhatsApp – and more – with ARTHUR GOLDSTUCK.

Africa’s biggest social network, MXit, has been bought out by World of Avatar. WoA’s head, Alan Knott-Craig Jr, will be taking over the reins of 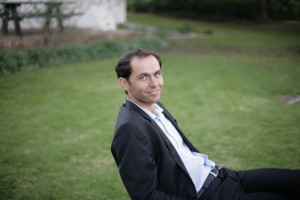 CEO at MXit from founder Herman Heunis. The new boss outlined his thoughts about the burgeoning competition from other instant messaging services and social networks in a Question and Answer session with Arthur Goldstuck:

AG: While our research shows MXit penetration in the 16+ market rising from 24% to 49% over the coming year, the BBM increase from 3% to 19% is exponential and suggests its eating heavily into your user base. How do you intend to address the challenge from BBM right now, in the immediate short term?

AK-C: BBM is seen as the primary immediate competitive threat. Internal research has shown that people move from MXit primarily because the BBM user interface is far more friendly than the MXit For Blackberry app. The recent release of Version 6 includes an entire revamp of the user interface of the Blackberry app. Customer feedback to date has been excellent, with many customers actually returning to MXit because their friends are still in the MXit community. Apart from usability, there is a “coolness” factor associated with BBM that we will address in due course. During our due diligence, all customer research showed that the importance of “coolness” was over-estimated. Customers choose an IM application based on technological reliability, user interface, and where their friends are. MXit already owns the social graph. The core technology is robust and scalable. More focus will be placed on the user interface going forward.

AG: In subsequent years an equivalent challenge will come from WhatsApp and its successors. What is your medium-term strategy or plan or thinking in terms of addressing this challenge?

AK-C: WhatsApp is the strongest threat in the medium-term, primarily because it is handset-agnostic. In a South African context it seems to have a strong hold on users of the iPhone, but for the vast majority of phones it is unusable due to the unavailability of a Java client for feature phones.  While we have a window of opportunity, it is imperative that the iOS and Android app for MXit are drastically improved at least to match the features and usability of WhatsApp. MXit’s greatest strength remains in its dominance of the social graph, and the strength of the network effects within the MXit community.

AG: Do you see Facebook as competition or potential collaborator, either in the short or long term? And do you think it’s the future of social networking in Africa?

AK-C: We see Facebook as a long-term threat. Its recent forays into instant messaging show it has woken to consumers’ need for communication and not only sharing. How we negate and overcome the Facebook threat is the subject of our core strategy, and as such is confidential. Suffice to say that Facebook remains too data-intensive for most consumers in Africa and is not considered an immediate IM threat, but we certainly recognise their dominance of the global social graph.

AG: What style of management will you bring to MXit as CEO?

AK-C: I believe in partnering. A platform strategy will be implemented and this will free MXit resources to focus on the core of the business, namely: Being a communications platform. I am no engineer, but my COO, Dr David Weber, is an accomplished engineer with a speciality in digital signal processing and 20 years of experience in managing large groups of software engineers. My focus is very much on building a larger MXit eco-system whereby partners can make money while we continue to connect Africans to one another and the rest of the world.

AG: You’ve obviously been watching this space for some time. What are the major trends and changes you’ve observed?

AK-C: Localisation is the key. This is where MXit has a significant advantage in an African context.

AG: How do South African users of MXit differ from those in other countries?

AK-C: Not much. We have not had sufficient time to analyse the data to this extent, but we have every intention of making more use of the data generated by MXit. As a matter of interest, MXit handles an average of 700 million messages per day.

AG: How will MXit respond to the dramatic changes occurring now with smartphones not only evolving but also about to replace feature phones completely? And what role do you see for MXit in the tablet environment?

AK-C: We will place huge focus on developing world-leading front-ends for Android, iOS, and Windows Mobile. Instant messaging is only a component of successful social network applications in the developed world. We will be extending the bouquet of MXit features to be able to satisfy the needs of all users, regardless of where they are on the social-economic pyramid.

AG: With mobile payments being the flavour of the moment, and a clear development path for MXit, how do you see the future of MXit in the mobile money arena?

AK-C: This is a crucial cog in the future plans of MXit. The current data on Moola usage is confidential (due to share sale agreement) but, once we have taken official control, we will definitely pay more attention to ensuring MXit can be used to facilitate easy payments, without contravening any Reserve Bank rules.

* Arthur Goldstuck heads up the World Wide Worx hi-tech market research organisation and is editor-in-chief of Gadget. You can follow him on Twitter on @art2gee. Reprinted from Gadget.