King James, one of the country’s most respected ad agencies, is full of good news. The Cape-Town-based agency, named after its founders Alistair King and James Barty, has been winning business and accolades and has just moved into the stately building it bought, the historic Roodebloem Manor, in Woodstock, Cape Town. 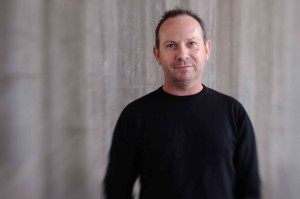 Four years ago, things were less rosy. The Great Recession, brought on by the global financial crisis, arrived, and though it had thought it had all but secured the premises, credit suddenly dried up and Roodebloem Manor fell out of KingJames’s grasp (or that of anybody else for that matter).

But, over the past year, the business has re-established itself on firmer ground – having won the accounts of food group McCain, British Airways (King James already holds the account for sister airline kulula.com) and short-term insurer Santam (strategic lead and above-the-line).

Once again, the team at King James called up the properties’ owners, negotiated a deal and moved in over Christmas last year. Moving into the new building, from an agency culture point of view, “has been epic, and crucial in building onto the momentum we’ve managed to create this past year,” says Alistair King, group creative director, King James Group.

More good news followed when, at the start of this year, King James won the whole of the Parmalat account and followed that with bagging the Pan-African Johnnie Walker business of the global “Keep Walking” campaign. More recently, it won the consolidated Nashua account after a four-way agency pitch, as well as the Galaxy business.

The agency was also named AdReview Agency of the Year in 2011 by Tony Koenderman.

King believes years of hard work have finally added up to push the agency into its best position ever. It has has been perfectly positioned to take advantage of shifts in the advertising industry, he says, with the new building accelerating the blurring of lines between the different divisions that make up King James that started with the launch of its social media arm +one.

King says the large agency groups had initially been slow to respond to the changing business environment wrought by the advent of digital and mobile because often clients themselves were slow to change. Agencies needed buy-in from the people paying their bills before undertaking radical shifts in their structures and thinking.

But, over the past several years, a new language has emerged from the corporate world that shifts advertising away from silos to media-agnostic ideas. As clients become more adventurous, agencies are breaking out of their initial digital malaise.

King says that King James doesn’t favour one medium above another – its work for Kulula.com shows an cross-media approach that maximises media value for its client – and takes a swipe at smaller specialists by saying they are the only ones still favouring specific media (ie digital).

Ad agencies, says King, traditionally branch outwards to encompass all the modern media platforms, while specialists tend to stick to narrow fields and single media channels. “They’ve cornered themselves by being experts in one field,” says King.

At the moment, King James is consolidating its account wins and will only consider pitching for new business in exceptional circumstances. Pitches tend to soak up energy and distract agencies from their clients, says King, and King James will carefully consider what business it wants before throwing its hat in the ring.

King says the agency runs a tight ship, with only three senior creative teams creating working on all its accounts. Each member of the team is a creative director in their own right. A fourth team is in the works.

At King James, juniors are being plugged in around the senior teams as studio hands building up experience before they graduate to making ads themselves.

This is as it used to be, says King, but the advertising schools has changed that, telling students they will be ready to make ads as soon as they graduate, yet often new entrants into the ad industry are unable to cope with the real world pressures of demanding clients, budgets etc. This put pressure on the agency system, says King.

The new mentorship system in place at King James “puts aside the pressure to make ads while they are still learning their craft” says King. That said – everybody’s ideas are welcome – “nothing in this agency can stop a great idea.”

The Johannesburg agency remains in place with several important clients, including BA, Nashua and McCain. But its studio has been closed and all strategy and creative moved to Cape Town after King decided splitting his time between the different offices didn’t benefit the group or their clients. A small two-person studio is now back on the cards to produce good retail work on quick turnaround times for Johannesburg-based clients.

The growth momentum of the agency has largely put its nascent publishing arm, a partnership with Shaun Johnson, on the back-burner, though King says he is keen to resurrect that business as soon as possible. King James also owns One Small Seed, the pop culture magazine and community, with the digital side seeing growth but the print business under pressure along with the rest of its peers.

Roodebloem Manor, meanwhile, is shifting gear again. Formerly a farm homestead and later hotel (the old Lord Milner), and serving more recently as the offices for a chartered accounting firm, it is once again due for refurbishment as the home of King James.

Its lawns might no longer stretch down do the beach, long since filled in by the city’s expansion, as it once had, but its experiencing a renaissance of sorts. Quite appropriate, really – given its new owners.