Designer and illustrator Brandt Botes has set up his own design studio called Studio Botes in Cape Town. The agency will specialise in corporate identity work, packaging design and illustration. Brandt is one of South Africa’s best known graphic designers and was until recently design group head at The Jupiter Drawing Room (Cape Town). 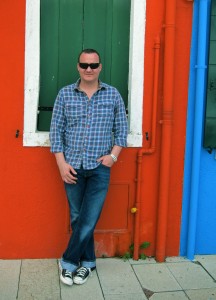 Brandt fell in love with graphic design and illustration through the influence of his older brother Conrad Botes, who together with Anton Kannemeyer founded the famously subversive comic book series Bitterkomix.

He studied fine arts at the University of Stellenbosch in the early ’90s before joining Orange Juice Design Studio in Cape Town (the office has since closed). At Orange Juice, he learned much about the African vernacular which still informs his work today and really made his name through his contributions to ijusi magazine (published by Orange Juice Design in Durban), a magazine that feels a bit like the Bitterkomix version of design magazines (in fact, they even published a collaborative issue themed ‘Bitterjusi’).

He joined The Jupiter Drawing Room for the first time in 2002 and stayed with it for five years before heading off for a short stint at Lowe Bull.

Brandt rejoined The Jupiter Drawing Room in 2005, and the more-than-nine years he spent with the agency has helped teach him a conceptual approach to work, says Brandt. But in the end, agency work proved too restrictive and formulaic, explaining his exit from the big agency environment.

Brandt talks a lot about his passion for craft. He still uses a tailor in Long Street out of appreciation of the craftsmanship and personality, distilled through personal attention to quality work – something retail store purchases no longer offer (and some would argue many big agencies don’t either).

Craft is something pushed to the wayside as mass-produced items take up more and more design space. Losing design skills such as letterpress printing in this the digital era concerns Brandt – surely skilful craft should be celebrated and protected or we risk losing the passion that should drive design. Putting passion back into work, and particularly into own his work, believes Brandt, will have better results all round.

So far going solo has been lots of hard work, according to Brandt, who says the feeling of accomplishment in taking a client through the entire process, from the first call through design and production, helps make it worth it. Not being a relatively small part of a big machine means better client relationships, and therefore a better chance of fulfilling the brief, says Brandt.

While Brandt says he misses the buzz of an office environment, his interaction has simply shifted from agency staff to clients – he doesn’t have much time to feel isolated – and it’s the change he happily embraces. He is already working on a number of commercial projects, as well as some self-initiated projects, and looks forward to embracing a collaborative approach to the business.”

Illustration used to be the black sheep in communication design but this has dramatically changed over the last few years, especially after magazines started using illustration in place of photography. Outfits such as Cape Town’s illustration and animation outfit AM I Collective has already put Cape Town on the global illustration map, making it easier for new players to break into the market. Brandt, who mentions the possibility of taking in international work, promises clients concept-driven but carefully crafted work from his studio.

Brandt hopes he can convince his wife, Katherine (an art director), to join the business once it takes off properly, and in the meantime she serves as a sounding board for his ideas. Studio Botes won’t be limiting its work to paper (or digits) – Brandt plans a range of products in the future which might include anything from posters to decor items. I’m betting it will be stunningly crafted – and that Visi will be all over it.

In the meantime, his first attempt at stop-frame animation, which he created for the Toffie Pop Culture Festival and which highlights the diverse advice he received on going solo, is creating plenty of buzz, and has already lead to several offers of work.