Time for Loeries to take a hard line on ‘fake ads’?

The Loeries should be taking a similar line on scam ads. What do you think?

Issued by The One Club

New York, NY – In the light of the recent events surrounding the “Tsunami Ad” created by DDB Brazil for WWF, the One Club announces today that we will implement what we believe to be the most stringent and thorough “fake ads” policy in our industry.

The One Club defines “fake ads” as: ads created for nonexistent clients or made and run without a client’s approval, or ads created expressly for award shows that are run once to meet the requirements of a tear sheet.

For 2010 and onwards, the One Show will be adopting the following new rules and penalties.

1. An agency or regional office of an agency network that enters an ad made for nonexistent clients, or made and run without a client’s approval, will be banned from entering the One Show for 5 years.

2. The entire team credited on the “fake” entries will be banned from entering the One Show for 5 years.

3. An agency or regional office of an agency network that enters an ad that has run once, on late night TV, or has only run because the agency produced a single ad and paid to run it themselves*, will be banned from entering The One Show for 3 years.

* The One Club reserves the right to review ‘late-night, ran-once’ and launch versions, at The One Club’s discretion. If it is determined that the ad was created expressly for award show entry, the penalty will hold.

The One Show encourages other international award shows to follow suit with similar policies. In addition, we are in the process of developing an initiative in the agency, client, and creative communities, in which individuals and agencies will be called upon to monitor and eliminate “fake” ads at their source. A detailed guidelines will appear in the 2010 One Show Call for Entry. 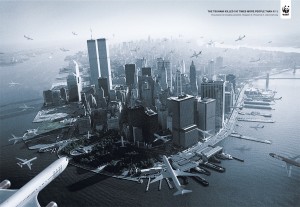