Windows 7 Review: Windows as it should be?

On April 30 Microsoft unveiled the Windows 7 Release Candidate (RC) – the final Beta version of the upcoming release of its new operating system – to the developer community. Yesterday (5 May) it went live to the public. The initial Beta released in January has been polished, updated and improved. Microsoft have also included new functionality, namely XP mode, which uses Virtualisation to run older XP programmes natively in Windows 7, promising 100% XP compatibility. Will this release be the one to finally set aside Windows XP (and kill off Vista)? STEVEN AMBROSE of online magazine GADGET blows his download data cap again, downloads all the bits, and puts Windows 7 RC to the test.

Windows 7 from the get go has shown that it is a seriously good replacement for the controversial Windows Vista operating system. As reviewed in Gadget in January, the initial beta was the best beta release that I have tried from Microsoft. most hardware and software worked from the start, and the operating system lost the treacly feel of Vista, on most hardware. Almost 5 months of hard work and millions of feedback messages later, Microsoft feel that they have almost got to the point where Windows 7 is ready for release. The significance of this is, with 90 % of the world’s computers running a version of Microsoft operating software, and many corporate users still running Windows XP, which is almost 9 years old, Microsoft  has to deliver. 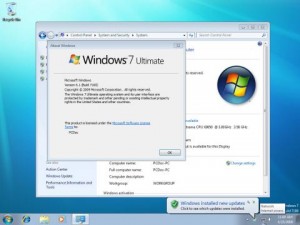 I downloaded both the X86 32 bit version, for older computers, and the X64 version for newer 64 bit computers, and installed both on various machines. There is one major proviso; you cannot upgrade the original Beta to this version; you have to do a clean install. The downside of this is all the programmes and settings you had installed, will have to be redone. Microsoft has enforced this restriction as much of the base code and drivers have changed from the initial Beta release. On my main HP Laptop, the 64 bit install took 20 minutes to complete and, apart from some new backgrounds and a more polished look and feel, very little appeared to have changed. 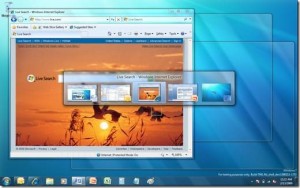 Once I began to reinstall all my various applications, the differences became apparent. All my hardware installed correctly first time, and no additional drivers were needed to get the computer up and running. All my programmes, including certain older accounting packages, installed with no fuss. Only the Nokia phone suite needed to be installed in compatibility mode for Vista, but the operating system itself recommended that I did this, and from that point there was no problem.

The overall feel of the operating system has improved substantially from the last release. It felt even snappier than before, and was markedly faster in loading the operating system and programmes. As this version, with some bug fixes, will in all probability be released as final, the increase in smoothness and speed was very significant, and most welcome. The overall use of memory has also decreased. I installed the 32 bit version on an old IBM ThinkPad T22, now 10 years old, with 768 Meg of Ram, and it was very good. The operating system found all the hardware, ran with no problem, and the memory usage never went over 60%, even with Office 2007 running. 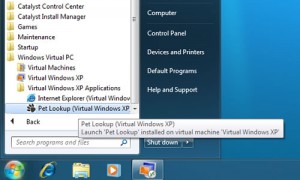 One of the significant new features of this release is the XP mode, which is not included in the actual operating system, but can be downloaded from Microsoft and installed on all versions except Windows 7 Basic and Home. XP mode makes use of Microsoft Virtual PC seamlessly to run XP applications in Windows 7. All is not as simple as it seems, as there are a number of key prerequisites before you can use this feature. Firstly you need 2GB RAM, which is not a big deal as Vista needed 2GB RAM just to run effectively. You also need to have a recent Intel or AMD processor that has hardware virtualisation built into the processor. In my experience most processors that are 2 years old or newer, with the exception of Intel Celerons, have this feature.  The Beta includes a free version of XP service Pack 3. The instillation was simple and, once completed, a fully integrated version of XP will run in Windows 7. The integration was impressive with files being written and opened directly from your document folders. Once the initial load was completed, the XP system hibernates, rather than shuts down, so subsequent start ups of the operating system or applications loaded into the virtual XP machine are fast. Programmes installed into the Virtual XP machine appear on the Windows 7 menu bar, just like any other program, and open up in a seamless window without the XP desktop. 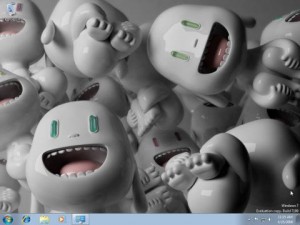 The integration and seamless nature of this virtualised XP compatibility solution is very good, and in most respects will allow custom or legacy software, that will not run natively on Windows 7, to run properly. For many large companies this will remove the need to downgrade new machines to XP, as all new machines will come with Windows7 preloaded when it is released. One area of concern is that the virtual XP is XP in all its glory, with all the issues around security remaining, and you will need to install and maintain antivirus software on the virtual machine, if you allow that machine to access the internet, which is the default setting.

Once again I am very impressed with the smoothness and responsiveness of Windows 7. The release candidate has further polished an already good operating system. The new interface is easier to get used to and more intuitive to use than the Vista interface and many people who did not upgrade from Windows XP will really have no problem adapting fairly quickly. The hardware requirements are officially the same as for Windows Vista, but in my experience on netbooks and very old laptops, Windows 7 works well – in fact in some respects even better that Windows XP, as all the latest drivers and settings, which had to be installed on XP, are part of the operating system.

Another new feature is that of remote media streaming over the internet. This is one feature we may not get to enjoy in South Africa until our data caps increase significantly. This new feature will allow you to access your music on your computer anywhere in the world via the Internet.

Microsoft have been very strategic with this version of Windows, they have allowed a very wide beta test release. This Release Candidate will remain valid until June 2010, which is a long time for trial software. Microsoft have also announced that the general release of the Release candidate will be available for an extended time, unlike the Beta 1 release,  and product keys will be freely available.

From my experience, Windows 7 will be the best operating system released by Microsoft to date. It will in all probability work with almost all hardware, new and old, and bring security and features right up to date. I would not hesitate to upgrade once the final version is released. If you are not comfortable upgrading your existing machine to pre-release software, try it out on a spare if you can. You will not be disappointed.

One Response to “Windows 7 Review: Windows as it should be?”