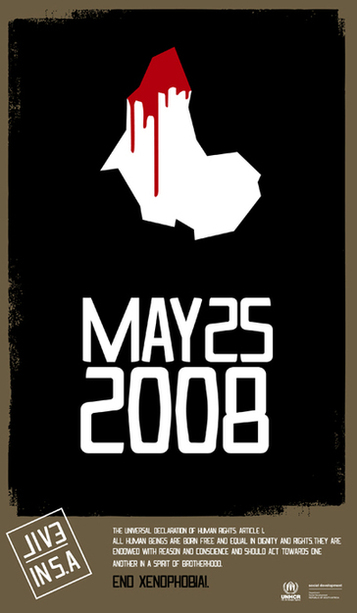 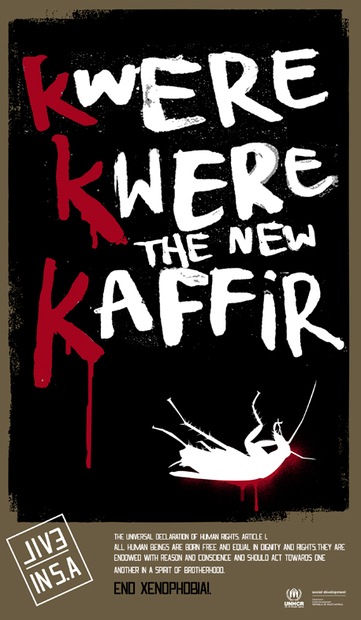 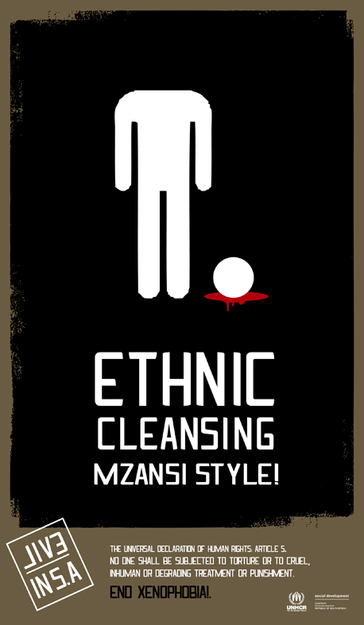 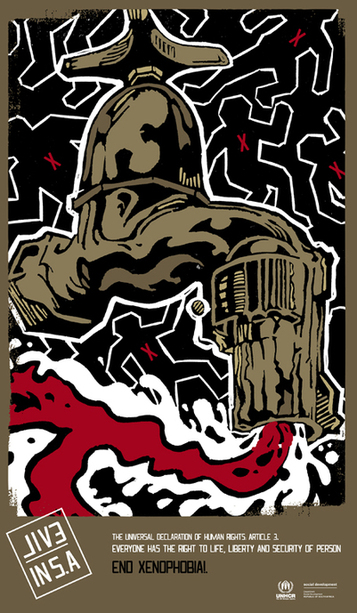 Mark is showcasing the work of a number of South African based freelance graphic designers and illustrators over the coming weeks. This Anti Xenophobia activist poster campaign by Sindiso Nyoni are  based on the Universal Declaration of Human Rights articles, and address the xenophobic attacks of May/ June 2008 in South Africa.  By Sindiso Nyoni, a Zimbabwean designer/ illustrator. Sindiso describes his work as uniquely African street style with an international, cosmopolitan feel.

* The headline comes from one of the posters. Mark knows the word Kaffir to be of the worst sort. We were not going to publish it until the team realised we had no such qualms with the word Kwerekwere. It is time South Africans realise the one is interchangeable with the other. Both are disrespectful, both dehumanise. Its time we see these words used in the same sentence, for it to be underlined, they serve the same purpose. They are both evil.

3 Responses to “Kwerekwere the new Kaffir*”