Kaka gets styled the Africa way 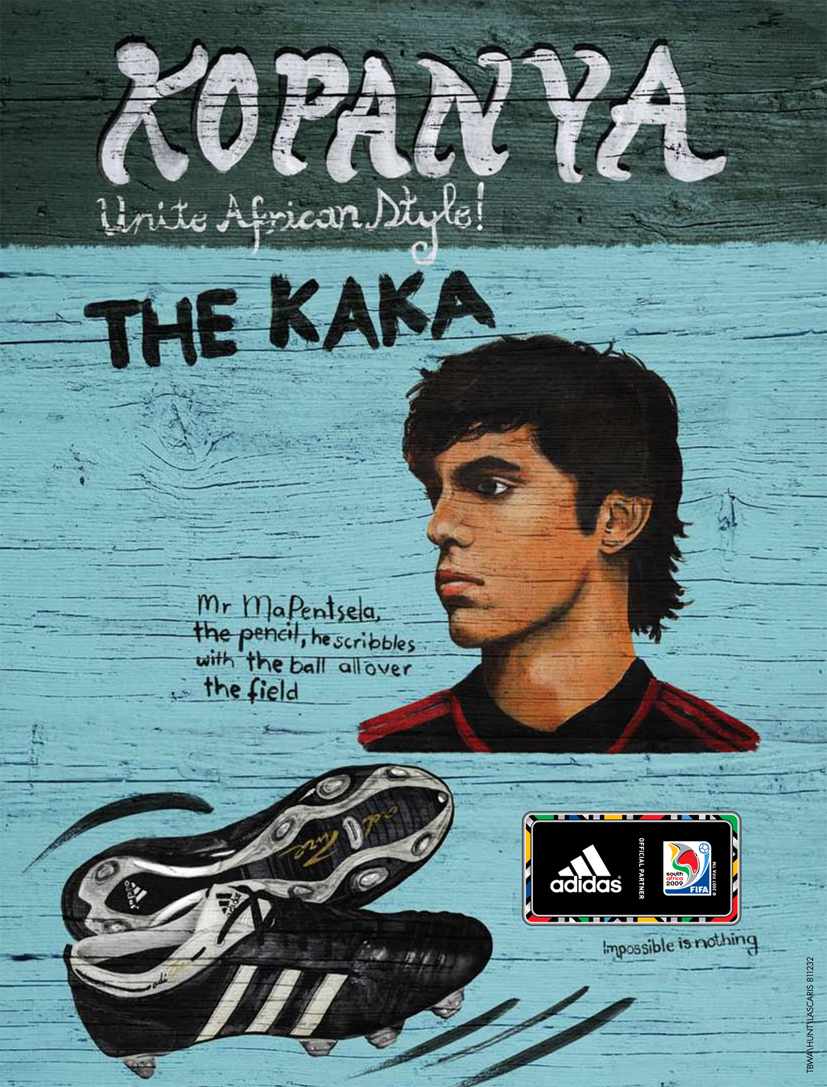 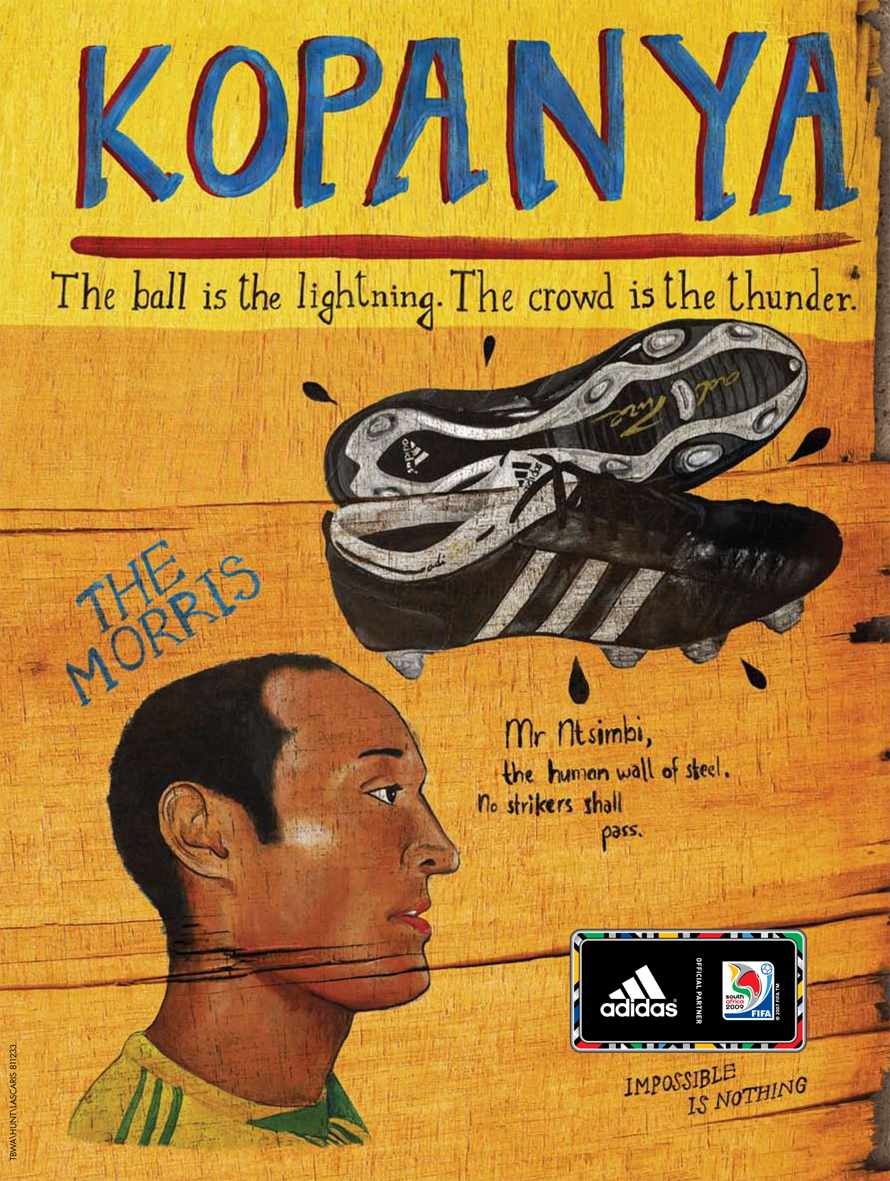 adidas, the official FIFA partner of more than 35 years, is currently running the Kopanya creative campaign for the Confederations Cup 2009. The name derives from the Sesotho word meaning join together, which marries well with the adidas philosophy of Together We Are Strong…

‘The Barbershop’ format that was chosen suited the campaign objectives and deliverables best says ad agency TBWA Hunt Lascaris.  “To achieve true prominence in Africa is to have a haircut named after you, and as a style it is pragmatic and pliable, these barbershop signs are after all advertising their services. The naming and descriptions of the haircuts also helps in the ability to describe the player, as in the Kaka, the Pienaar and then give a brief description of their style, which then marries to the boot, all ultimately resulting in pushing the product – the end goal of all successful advertising campaigns.”

The print ads and billboards appear hand-drawn and are representations of well known local and international sports stars such as Kaka and Pienaar, as well as Lionel Messi and Creus Xavi from FC Barcelona.  The elements involved in the campaign will be billboards, print ads and buses featuring Kopanya decals.

3 Responses to “Kaka gets styled the Africa way”