Clayton-Emil Coutriers, a design student from Tshwane University of Technology, is the first winner of the House and Leisure Green Designers at Woolworths competition for his original and ecofriendly scatter cushion designs, ‘Dance of a Thousand Seasons’. Clayton-Emil was announced the winner in the countrywide design competition aimed at discovering the next generation of environment-friendly designers in South Africa. First runner-up is Kirsten Skidmore, a graphic design student from The Red & Yellow School in Cape Town, for her distinctive and savvy shopper, made from recycled Woolworths plastic shopping bags. 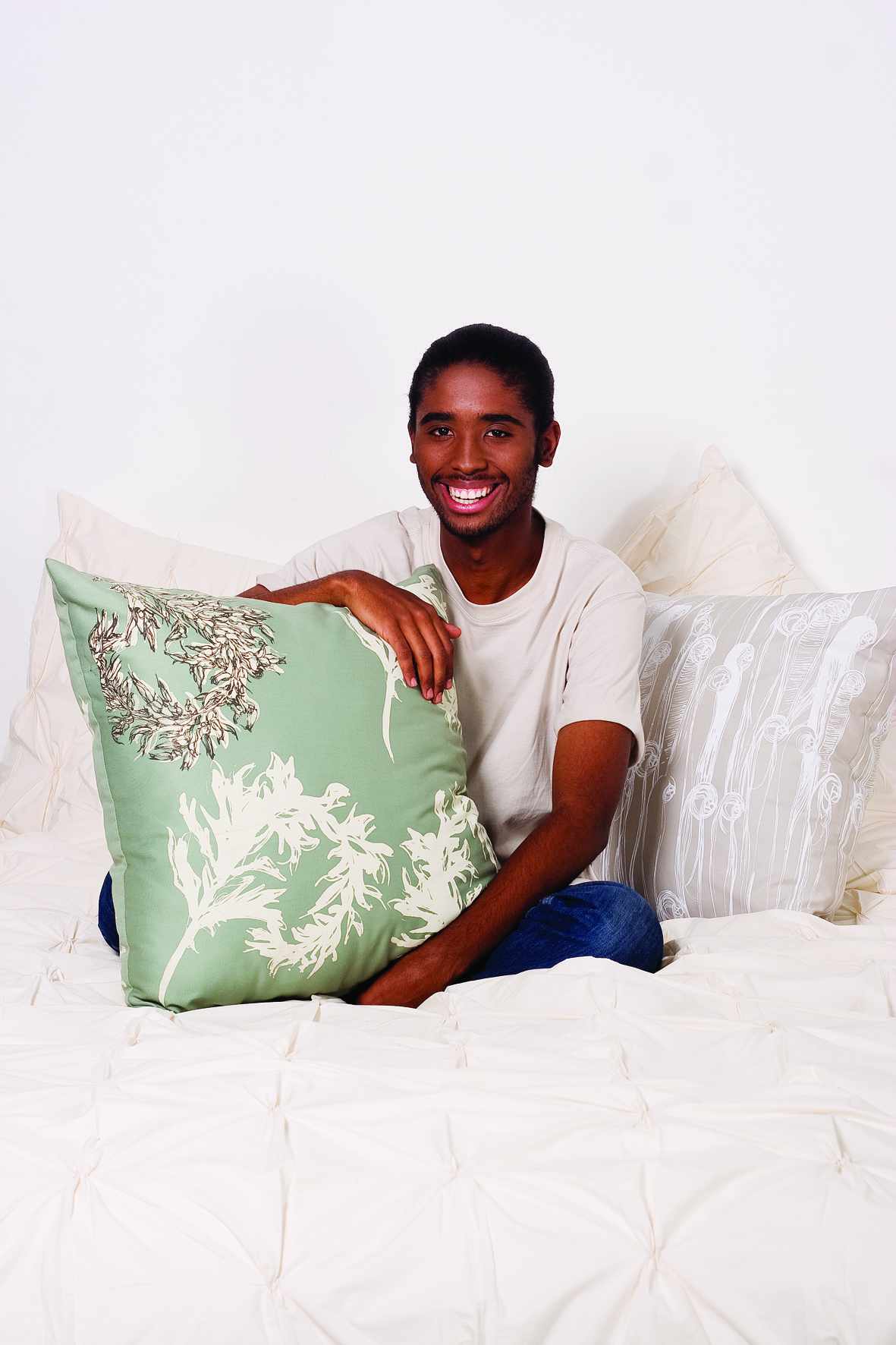