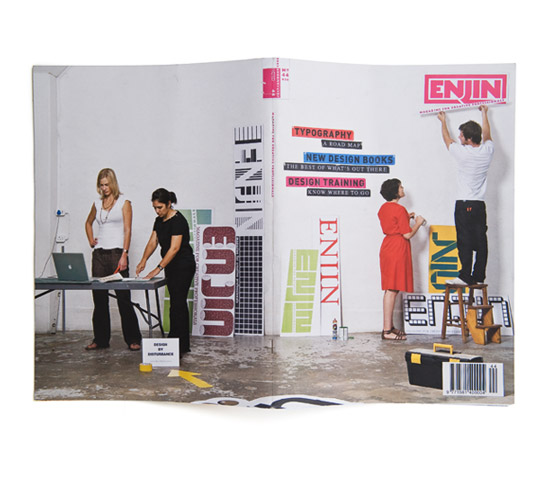 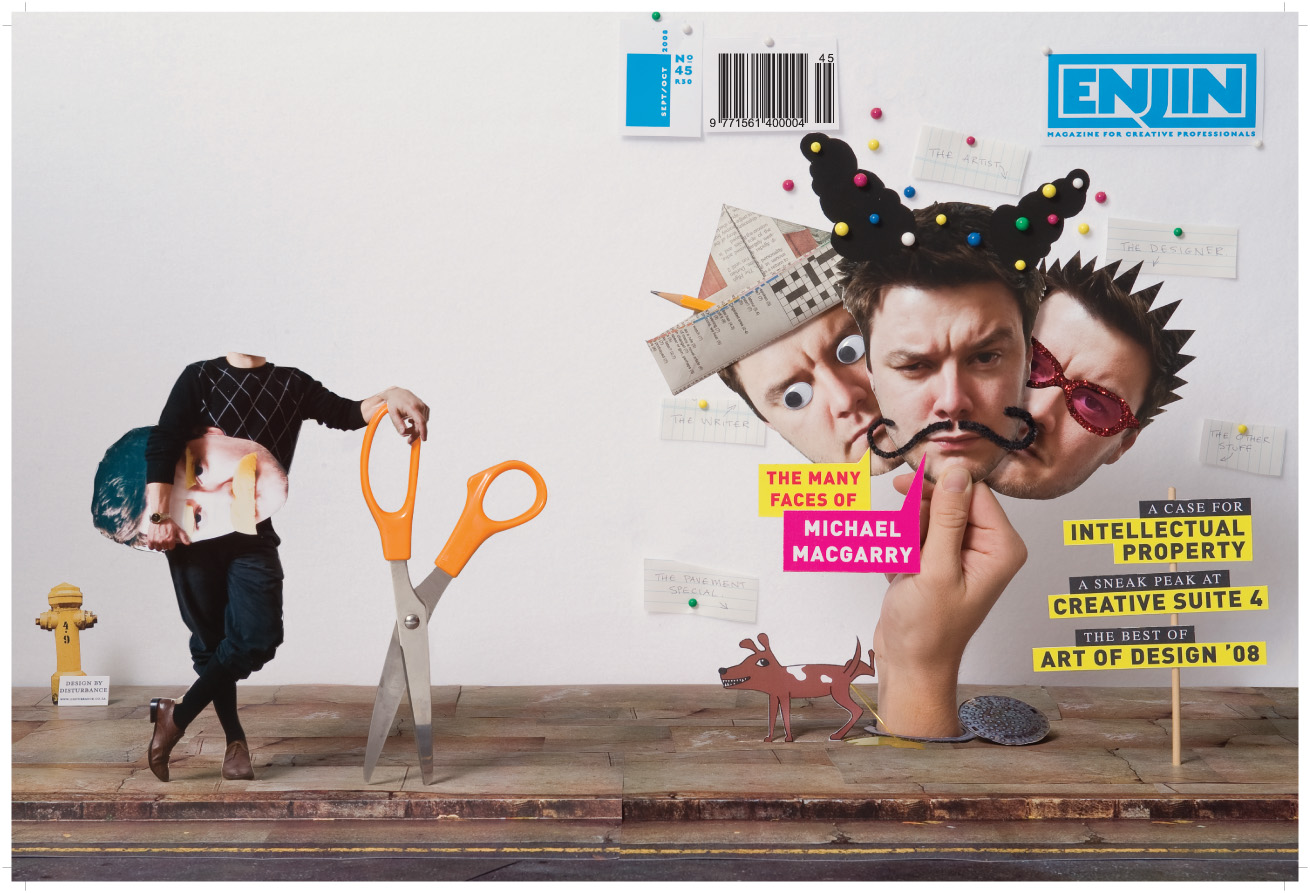 Disturbance Studio has designed a new cover concept for Enjin magazine. “The idea is that each cover will be shot in situ, shouts and all,” according to Richard Hart. “The first one we did was the launch of the masthead which we’d just redesigned so we shot a bunch of designers playing around with masthead options to see which would work best.”

One Response to “Constructing a magazine cover”