M&C Saatchi’s SA/African operation has revenue in excess of R150m and employs more than 240 people across its range of agencies.

Mkhwanazi and Ngubane launched AVATAR in January 2012 as a a full-service marketing agency with a digital core. The agency has grown at over 100% year-on-year for the past four financial years, according to Mkhwanazi. It employes 60 odd people and clients include SAA, Brand South Africa, Chevron Caltex, Fox Africa channel, National Geographic Africa, Unilever and AB InBev-SABMiller.

Mkhwanazi says he and Ngubane have always admired M&C Saatchi Abel and its founding partner Mike Abel, knowing they could learn a lot from the fast-growing agency, and were pleasantly surprised when they discovered Abel had a similar interest in their business. The two approached Abel mid-2016 to discuss the possibility of investing in the M&C Saatchi network’s local operations.

“We’ve been working towards our goal of building SA’s largest integrated communications group and this deal fast-tracks that process,” says Mkhwanazi.

Abel, who believes his group can contribute skills and experience to AVATAR’s high-growth strategy, reiterates the importance of investing in transformation in the local advertising industry. 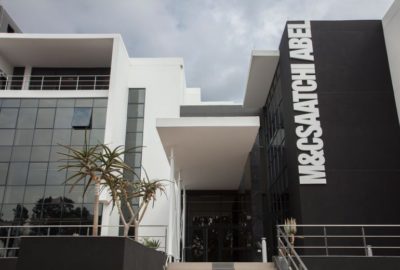 The deal will allow for collaboration and an exchange of resources between AVATAR and M&C Saatchi PLC’s SA agencies, while allowing the former to retain its independence, its majority-black shareholding and its level-one BBBEE rating. Appointments will be made to both boards, while Mkhwanazi insists AVATAR’s board will continue to reflect its majority black shareholding and that the agency remains committed to industry transformation.