by Herman Manson (@marklives) At a time of political crisis, should corporate leaders expose their political thinking and address issues of national importance? Or is it too risky for brands to manage? We emailed a panel of key industry executives for their take and we’ll be publishing their responses throughout this week. First up is Mike Abel, founder and CEO of M&C Saatchi Abel Group, South Africa/Africa Region. 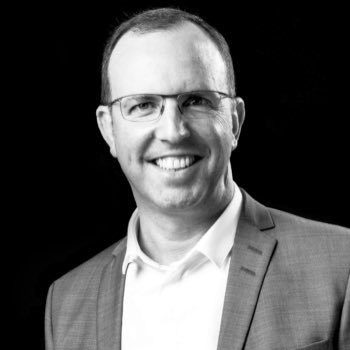 Mike Abel (@abelmike) heads the group he and his partners started in 2010: it now comprises M&C Saatchi Abel Johannesburg and Cape Town, M&C Saatchi Africa, CONNECT, Creative Spark and Dalmatian. He has 27 years of industry experience and has built and led major groups in South Africa and Australia. He has been named both Financial Mail and Finweek’s Agency Leader of the Year — and his agency is currently Financial Mail’s Agency of the Year.

At a time of political crisis, should corporate leaders expose their political thinking and address issues of national importance? Or is it too risky for brands to manage?

I completely believe the saying: “Evil prospers when good men do nothing.” I am the grandson of Polish and Lithuanian immigrants. I know precisely what happened to my great aunts and uncles and cousins who never escaped growing racism in Europe. They all died in Auschwitz and other concentration camps. And corporate leaders said little — and did almost nothing.

This reality, hard-wired into your upbringing, disabuses you of choice in matters of conscience.

Another key quote is that “with great power, comes great responsibility”. Now, I’m not saying corporate leaders have “great power”, but we do have influence. And I do believe that we should use that influence for good. It is the responsibility of people, who can help right wrongs and fix broken things, to do so.

I don’t believe one has to overtly state which political party you are voting for, as your vote is a private matter, even if you are a public figure. But you should be vocal around values and beliefs if you feel they don’t align with acceptable behaviors, honesty, integrity or the constitution. This doesn’t mean your statements are that of the company you lead, because you are not the sole representative of that company; naturally, there is risk that the two may be confused.

The ‘risk’ is worth it

My belief is the ‘risk’ is worth it, because what are the implications of not speaking up when your voices are needed? How does that impact upon your self-respect?

I am aware that I’m often a lone voice in our industry in such politically “risky” matters, and many may consider me foolish, naive or welcome my Don Quixote ignorance as I head for supposed windmills.

For me, if your values and conscience simply do not allow you to keep quiet when there is corruption, racial intolerance, growing unemployment and a violation of your constitution, you have no choice. If it means that my company suffers because I have taken a personal stand against such things, then the board must feel free to liberate the company from my leadership — and everything that comes with it.

I believe in the concept of “doing good by doing good”. But that means you have to stand for something good.

I’ve seen how CEOs and chairs of some major banks have historically come under pressure for speaking up — some finding themselves on the very wrong side of a bad political spectrum — but with their integrity intact. As the tide turns, and sanity ultimately prevails, they will find themselves back in favour, for standing up, coming forward, saying what needs to be said: doing what needs to be done.

There are also many good and honorable customers in this world who will remember and reward you for taking a stance, for standing for something good and decent, well beyond profits.

My rule of thumb is: if your stance is to build bridges, end racial, religious and other intolerance, help create jobs and speak out against corruption, and this gets you into trouble, or your brand, then so be it. It’s not a fight against a political party per se,  but against completely unacceptable behaviour by senior party executives. If your political views are radical and not based upon humanism and driving goodness, and you wish to voice them as such, that is your free right, but your brand will certainly suffer — along with your soul. And that is good and right, too.

Business mogul, Michael Bloomberg, recently came out in support of Hilary Clinton but particularly strongly against Donald Trump, where he said something like, ‘I am from New York and I can spot a con when I see one.’ This may certainly incur the significant wrath of Republican big business yet Bloomberg simply believed he couldn’t be quiet…

Use your voice for good

If you have a voice, use it for good. How bad can the backlash be, after all, if you’re fighting for what’s right and decent? Understand the risks, though, and know you are speaking as an individual with influence but not on behalf of your brand or company, even though some may deliberately choose to conflate the two…