The Big Q: Erna George on taking a stand vs making a difference

by Herman Manson (@marklives) At a time of political crisis, should corporate leaders expose their political thinking and address issues of national importance? Or is it too risky for brands to manage? We emailed a panel of key industry executives for their take and we’re publishing their responses throughout this week. Today it’s the turn of Erna George, marketing executive of Pioneer Foods’ Cereals & Other division. 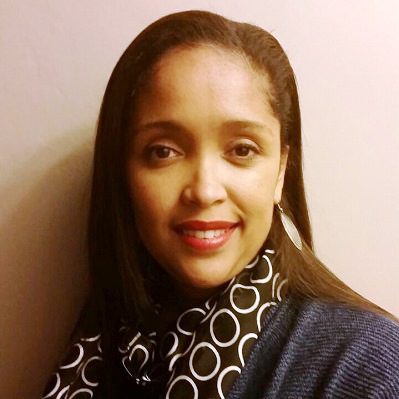 After starting at Unilever in a classical marketing role, Erna George (@edgeo23) explored the agency side of life, first as a partner at Fountainhead Design, followed by the manic and inspiring world of consultancy at Added Value. She has returned to client-side, leading the marketing team in the Cereals, Accompaniments & Baking Division at Pioneer Foods. Erna authors the Fair Exchange column on MarkLives.

My initial response was “No! Big brand businesses making political statements is comparable to mixing religion and state — it cannot work.” How do you showcase views so they are seen as separate to the CEO’s individual views or to the brand’s stance in the market? Nando’s may joke about Jacob Zuma or Julius Malema as part of its DNA but taking a serious stance is a different matter.

These blurred lines could create confusion and brands may be negatively impacted. Is it the right thing to do? Yet you only have to think of the impact of the business exodus during apartheid to shift government policy to understand that it can absolutely be right; however, it is not simple. After more consideration, for me, it is not about whether corporate leaders should or shouldn’t weigh in upon critical political issues; it’s about how business has its say.

Can’t afford not to

While it sounds awfully noble to say the key driver for the change is for the good of society, this is not true. The business of brands is tough, and survival will be impacted by political influence on economic stability, cost of operating and consumer spending power. In short, business can’t afford not to express a view.

Besides VAT and consumer or corporate tax levels, there are a multitude of legislative areas and government policy controls; think import duty on grains, regulations on health messaging and sugar tax. All beverage producers will be having a conversation about the sugar tax, but what you must know is that this was happening before the budget speech. Corporates have to engage proactively with various government departments such as the department of health to drive self-regulation (which is, by far, preferred), and to have sight and more control of what is coming down the track. These conversations, debates and deliberations, on controlled or closed-door platforms, are the right way to put forward corporate views and opinions.

Of course, corporates have voices, but to what extent are they seen as independent views and for the good of society, if there aren’t NGOs? Do consumers and citizens see a fervent corporate perspective to be self-serving or not? Business needs to have a robust discussion about things such as import duties on commodities impacting basics, eg bread or maize-meal prices. But these complex issues have a web of options and repercussions. The issues are not easily translated into headlines and short statements. As an example, many weigh in on food labelling (R149 legislation) issues without fully understanding the many layers to the law that brands work within daily.

May lead to panic

The point of big business expressing their views would be to either impact government decisions using their financial contribution to the economy as leverage or to shift consumer sentiment. Shifting consumer sentiment requires simple rhetoric and exposure to all the implications. Yes, consumers have the right to know but, when quick judgements are made, sensation is born. Citizens, unless well-versed in the subject matter, may be more confused at the end of the day and this may lead to panic and poor decisions — think BREXIT!

The political landscape is multifaceted, sometimes beyond the scope or interest of business. Business must seriously consider where its credibility lies and tread carefully. There are two sides to every story and, with PR agencies, media (sometimes controlled by government) and other specialists, a story may be told on multiple levels. If expressing political views, business needs to ensure that its side is the ‘winning’ one against politicians who specialise in putting forward the ‘right view’.

A loss of face means a loss for brands in a world where the corporate brand is more visibly linked to consumer brands than ever before. Things go wrong in corporate (corruption, retrenchments, etc) and with branded products (eg recalls) and, to take a stand, corporates must ensure their houses are untarnished. Politics goes beyond commercial fact, and issues about morals or subjective debates may become a slinging match. Making a statement that can be construed as a holier-than-thou, when there are skeletons or even small errors in the past, will cause a wave of negative chatter, marring the stance business is trying to make.

There are many routes to express views and have an impact. When Pravin Gordhan met with corporate leaders behind closed doors prior to the junk-status verdict by rating agencies, this was a great platform for exposing perspectives. Unless corporates band together on key issues, a single corporate fighting the government may be ineffective. A CEO could be biting the hand that controls the business environment and fall short. All is fair in love and war, and there is very little fair in the world of politics. A delicate approach to avoid the negative press that kills brands is the responsible way.

Another way to expose views in a time of crisis is to exit, as corporates did with SA in apartheid. While many global businesses were applauded for making a stand, a choice like this has consequences. This is a revenue stream closed and jobs lost, and post-apartheid there were mixed views on brands that didn’t stay. Brands that did had developed relationships and provided employment. When I conducted some FMCG research on global brands, some consumers even said brands which stayed showed their support in the tough times; are easy to relate to as they are, like South Africans, tough enough to stick it out; and they considered SA consumers good enough. The logical stance was understood and was right — but keep in mind the emotional layer may sway either way.

Politics is an emotional minefield. Emotions blind issues and people. The risk of a perfectly sound factual statement being taken out of context is high. The issues governing fiscal realities and social wellbeing are complex and, unless you are in the business of politics, beware and be ready to live with the aftermath.

What is the point of your stance?

This may sound like a timid or cowardly view, but is the point of a stance to be seen to make a stand or is it to make a difference? If it isn’t the latter, an ad campaign is a cheaper and less-risky way to be seen. If the crises is dire, then more-extreme approaches must be considered as business survival will be impacted either way. However, for the most part, exposing views doesn’t have to mean a public display; if you do impact positively, the benefits such as lower prices or transparent health messaging may be shared publicly, in the voice of the brand — this is what counts (in my view at least).