by Alistair King (@ALsparkles) In 1996, Brett Wild (my art director at the time) and I were enjoying a good creative run at O&MRST&M Cape Town. I recall two ad ideas that we were very excited about, but we never got the chance to run with either. Not long after, both were done by others.

We were young, full of ideas, and working on two of the agency’s premier accounts — VW and Audi. The first was for the launch of the new VW Polo Classic. Not exactly the coolest car on the planet. Our creative solutions were all humorous, linked by the concept line “It’s really something”.

One of the executions involved a world land-speed record attempt. The idea was to film a jet-engine car barreling across a saltpan, filmed in dramatic, camera-rattling closeup. The car would inevitably reach its maximum speed, its parachute opening moments after the land-speed record was broken. At that point in our commercial, we wanted to reveal that the whole thing had been filmed from a guy hanging out the rear window of a humble Polo Classic. Obviously, given the Polo Classic’s puny engine, our tongue was firmly in our cheeks on this one, but the tone was in line with the other ads in the campaign. The client didn’t particularly like the ad, preferring the other executions we had put on the table. And that was that.

A few months later, we had another brainwave: a proactive idea for the Audi A8. The car boasted some cutting-edge technology, including a catalytic converter that gave it some of the cleanest emission figures of any car available. We felt this was the basis of a really good, albeit risky, commercial. Our ad would feature a man in his garage attempting to take his own life, but failing as a result of the clean emissions coming out of the car’s exhaust. The meeting was apparently short. The client did his nut — some might say for good reason — and we were told to conceptually tone things down a bit. We vowed to do what every creative person does in such situations — bank the idea and file it away in our minds to be recycled at a later stage. With both these ads, we never got the chance.

Several years later, BMW produced its world-famous land-speed record ad, minus our humour but with all the drama. It was executed flawlessly and won big prizes. A short while later, a controversial commercial featuring an attempted suicide in a Japanese car appeared briefly before suddenly being withdrawn. It, too, had been beautifully done.

Wild and I had a conversation at the time. We were pissed that someone had beaten us to these ideas, but we were accepting. It came as no real surprise. We had both learnt by then what every creative person in our industry has known all along: ideas are like pollen — they float around in the ether and we creatives grasp at them, much like that scene in Avatar with the fluorescent seeds floating around the Tree of Life. The problem is that they continue to float around even after someone has claimed them. Somewhere on the other side of the world, someone’s clutching at the same idea and they, too, are excited.

It’s been a very long time since I’ve thought of any idea as something that can be utterly original. Ideas come from a shared consciousness and a shared pool of inspiration, sometimes from shared strategic territories. In an industry where so many brands in so many categories share the same brand ideals, it’s not surprising that we all fish around the same messages.

Whenever I have an idea that creatively excites me, I panic. I panic that we won’t make that idea happen. I panic that we may lose that idea to someone else whom is also thinking about it. The more excited I am about the idea, the more sick to my stomach I feel when it is not bought. In the digital era, ideas now have expiry dates — it’s just a matter for time before someone else thinks it, uses it and claims it first in one of the many advertising showcase websites.

Connected in a very weird way

I’ve been watching the recent debate around the two commercials in the financial sector that are considered similar. Some have suggested one of them must be derivative. I’ve paid particular interest because my agency is connected in a very weird way. We, too, pitched an idea in the same vein, over the same time period. Although very different in execution, the premise was similar. We were simply lucky enough not to go ahead.

If that coincidence is not freakish enough, one of our executions used the well-known Snow White soundtrack “Hi Ho Hi Ho”. That, too, has now emerged as a finished commercial in a completely unrelated category. That is how tightly connected we all are in a conceptual sense. This happens all the time. Every creative has their own war stories to tell. I could double the length of this article if I told all of mine.

Last year, two ads using racehorses as their central subject matter broke a few days apart. Some took great joy in pointing out in social media the similarity, but that’s what Twitter has become — a bitter playground for people to punch holes in other people’s work.

Conspiracy theorists piss me off. No agency I know of would intentionally plagiarise another agency’s ideas, and certainly not an agency of the calibre of Net#work BBDO. The financial costs are too high and the drive to create something utterly original is too great. It’s simply a matter of bad luck, bad timing and this shitty little thing called shared consciousness. Now that we all have the internet to harvest our inspirations from, the problem is exacerbated. I often tell my teams to just stop looking there. The best answers can be found in everyday life, not necessarily the World Wide Web.

There is only one positive lesson to be learnt from all of this. If you have a great idea, never hesitate. Make it happen. And make it happen fast. You cannot afford to wait. You cannot afford to bank it for a more convenient time, or when your media schedule seems neat. If it truly is a great idea, someone else will have it and recognise it as such. If that person is hungrier than you and more desperate to put something spectacular out into the world, they’ll beat you to it. And you’ll feel sick to the stomach when they do so. In this day and age, having ideas is worthless if you don’t have the gumption and the motivation to make it happen with urgency.

Marketing success favors those who act swiftly and regret comes to those who don’t. It’s that simple. 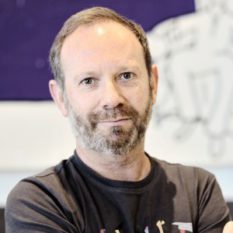