Influencers: Brand evangelists and brand churches — if they build them, others will come

by Jason Stewart (@HaveYouHeard_SA) I remember the day I swapped my North Star tekkies for Nike Air sneakers. I was the happiest kid you could imagine, with a smile and strut that would put JZ’s in the shade. But, just six months prior to the momentous day, I’d had no desire to wear a pair of Nike: I was at a school where North Stars were accepted and worn. 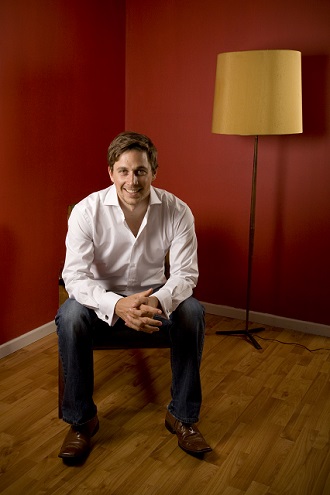 When I moved schools, however, the kids wore the ‘Just Do It’ brand, and I was out, different and not fitting in. A pair of Nike Airs was suddenly very desirable; not because I was moved by the athletic ability it promised to release from within me but because I was certain I would feel better about myself.

I was pressured by my peers to choose a brand that meant nothing to me except acceptance. I had made the right choice and I was now liked. Superficial but true.

Brands have long acknowledged these needs, and fortunes have been built by developing advertising that highlights the need and demonstrates how the brand may satisfy it.

However, while we all have an inbuilt and non-negotiable need to be liked and to be deemed right by our chosen group of peers, we also — importantly — take cues from individuals who act as ‘signposts’ for what is right.

These influencers within our communities — be it the popular girl everyone loves, the celebrity, the expert on the topic — are the real influencers of brand choice within your target market because they are able to motivate others to change their way of thinking and behaviour.

Influencers vary in their influence level, but they do have either high moral or high formal authority over others. They usually talk with passion and conviction about the subject, and have influence because they are generally an expert in that field.

Influencers can’t be typecast but come in all colours, shapes and sizes. They may be influential either offline, online and sometimes both. Importantly, they don’t just look the part or seem ‘cool’.

What they are, always, is connected and credible, and they have a high number of friends and peers who look up to and respect them. Consequently, smart brands are moving into a new era of communication and ditching the one-dimensional route of advertising a message. Instead, they are adding influence to their arsenal.

In Malcolm Gladwell’s Tipping Point, he used the example of how Grasshopper reclaimed its cool when influencers within the fashion industry started wearing the shoes because no one else was, and that behaviour set them apart.

Thanks to the exposure the shoe received on the feet of influencers (fashionistas, models, photographers, stylists etc), others started wearing the brand and, slowly, more and more people started following what the cool kids were wearing until it became mainstream.

You see, the change a brand wants only comes about when the majority of the target market embraces a new perception and it takes hold.

It is therefore here that the brand has to embrace the more traditional or social channels of communication as the most effective way to build critical mass and momentum is through the creation of dedicated communities.

Spreading the message of religion

The same way religion spreads its message, marketers need to spread theirs. By helping disciples to build churches that recruit new users and turn them into passionate users, who in turn recruit new users, the ‘brand church’ grows.

An example? Ducati in 1996 was selling only 12 000 motorcycles a year and had to take drastic action to save the company.

Instead of an ad campaign, it started talking to the existing 200 000 passionate Ducati owners by organising events and bringing them together as ‘communities’. This simple action stirred their enthusiasm for the brand, helped Ducati spread its influence and spurred hundreds of informal clubs and meet-ups.

Today, Ducati sells well over 44,287* motorcycles a year by simply leveraging the passion of current consumers. And the Ducati Owners Clubs are stronger than ever, growing and creating a sustainable communication (and sales) channel for the brand.