by Sizakele Marutlulle. Images aren’t neutral. They are potent, imbued with energy and intention to affect identity and alter behaviour. To think that in 2007 I wrote my MA thesis on this very topic, the politics of representation, and here we are, a decade and a bit later, and brands in the hands of unconscious custodians continue to delight and offend in equal measure.

Offending brands are only changing tack because they’ve been caught, not because, like the biblical Saul, they’ve found their conversion on the marketing ‘road to Damascus’ equivalent. What we’re being fed by Clicks, Unilever, Quaker Oats and others is done to stamp out the flames in the street, to protect brick and mortar, not to quell the fires raging in the hearts of the offended. The only way to ensure this change lasts is for all parties in the creative process to be held accountable, clients and creative partners alike. However, there’s no doubt that the big big buck does stop with the brand owner — who, at times (I know this from practice), may be deaf to the input of conscious creative partners.

It’s been heart-warming to see Unilever discontinue skin lightening cream in India (June 2020), Quaker Oats change Aunt Jemima branding (June 2020) and the band, Lady Antebellum, also undergo a name change (June 2020) — and frustrating when it then went on to display entitlement and disrespect (August 2020) against a black artist who’s been using by the same stage name for 20 years already. In April 2017, Pepsi peddled a reality star-turned-model as a #BlackLivesMatter movement ambassador, discounting her privilege and total misfit, and then said sorry. Gucci didn’t miss the party with its blackface ad and hasty faux apology (February 2019). D&G mocking Chinese culture demonstrated its short-sightedness as the Chinese consumer is a key contributor to its bottom line (December 2018). Chanel was also not immune to such bigotry (July 2017), and a sore point in South Africa to this day still is H&M’s monkey in the hood assault (November 2018).

We’ve also witnessed a plethora of big brands that ‘steal’ the creative IP of black creatives and, when caught, feign surprise or claim creative coincidence (October 2017).

I believe that the reckless appropriation of black culture deserves more than outrage from those consumers who’re black. Perhaps it’s time we stopped keeping count and started raging without our spending power.

All of this — and more — brings to mind the mighty James Baldwin who (speaking of America), said, “To be a Negro in this country and to be relatively conscious is to be in a state of rage almost, almost all of the time — and in one’s work.” Ditto for South Africa. Exhausting as it can be to fight the fight on every corner, the intersectionality of the black person’s oppression leaves us no alternative but to lug fire trucks on our backs.

So, as somone who dislikes the practice of admiring or describing problems ad infinitum, I offer the following as interventions worth exploring:

However outraged and offended we are, we limit our impact when we adopt violence as the official language to relay dismay and offence. Yes, it seeps from years of bottled frustration, but how does it get us to the mountaintop?

SA has a glowing constitution, referenced by many across the world as something to learn from. A cornerstone of this is the premise that SA belongs to all who live in it. It gives credence to Nelson Mandela who said, among many other wisdoms, “Never, never and never again shall it be that this beautiful land will again experience the oppression of one by another.” Brand leaders and owners aren’t exempt from this duty of not causing offence or harm; they must be the standard-bearers and, when they default to opportunistic capitalism, let the spirit of the constitution nudge them back to life.

Thankfully, ignorance is curable. Let’s all educate ourselves and each other. 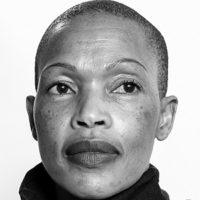 Sizakele Marutlulle is an intersectional strategist and creative problem-solver. Find out more at sizakelemarutlulle.com.

One reply on “Op-ed: Brands & the politics of representation”