by Carey Finn (@carey_finn) “We believe that chemistry can be created, which is why we use anthropology,” says Warren Moss, founder and CEO of specialist business-to-business (B2B) marketing agency Demographica. “If you understand another person’s context and culture, you’re able to connect with them easier.” 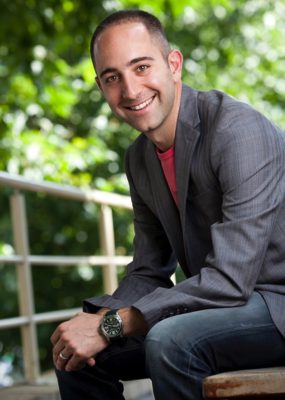 Emphasising the human side of market research and communication, Demographica, which was established in 2006, draws on what it defines as the study of human societies and cultures and their development to inform its strategies — an approach that, Moss believes, differentiates it from other agencies.

According to him, the agency stumbled across the idea of leveraging anthropology a couple of years ago, in an article published in the Harvard Business Review. He and his partners brought in an anthropologist to help them understand how they might “weave” the study into their work — and never looked back. “Over the years of learning how to do that, and what works and doesn’t for our clients, we have built up a really strong anthropological practice,” he continues. “It’s unintentionally become one of our major selling points.”

The agency applies a methodology it calls “the Demographica way” to solve complex advertising problems: this begins with a look at data before moving on to research, which is where the anthropology comes in — aided by a number of full-time anthropologists on the team. The research process is immersive, emphasising in-depth observation to generate insights into the decision-making journeys of businesses. Strategy, creative and execution follow.

Putting what may be viewed as a predominantly academic field into business practice isn’t the only thing that sets Demographica apart; the medium-sized agency handles staffing differently too, says Moss. Avoiding measuring its size by the number of employees on its payroll, the agency, which operates on an output-based model, prioritises the hiring of senior professionals with proven track records over vast fleets of more junior staff members. “Our model is to have fewer, more-senior people doing bigger things,” he explains. “At Demographica, we have senior people physically writing strategy, physically doing the creative work.”

One such person, who came on board at the end of 2018, is general manager Lauren Damant, who Moss describes as a critical hire with experience scaling agencies on an operational level — something Demographica has an eye on. He says that interest is growing from businesses which are increasingly recognising the niche the agency fills and reaching out to partner with his team. In response, Demographica is looking at changing its core leadership team to be more representative and better able to deliver on work for clients.

Another appointment is that of business coach, Julie Humphreys, who brings with her over 20 years of broad marketing and communications experience.

“Demographica has a globally unique approach to B2B marketing which organises around using business anthropology to inform strategic planning and the use of marketing technology to support creative execution,” explains Moss. “All four of these disciplines (anthropology, strategy, martech and creative) are integrated under Julie’s leadership. Essentially, the person in charge of the signature work of a creative agency would be the highest ranking creative [ECD or CCO in some cases] — Julie is responsible for Demographica’s signature work.” 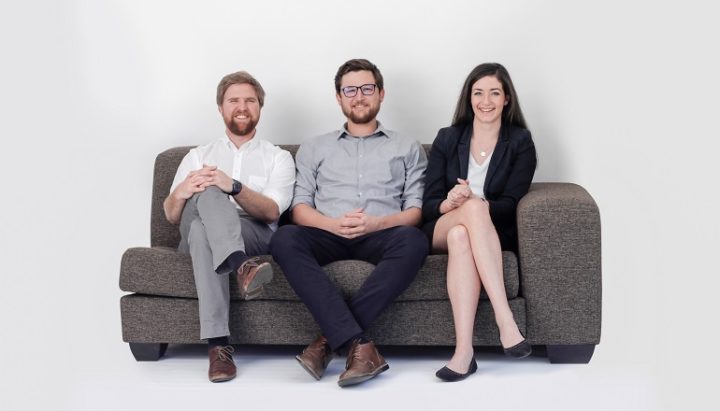 Demographica has also concluded a significant investment in strategic consulting agency, CSO+Partners, which will retain its independence and brand.

“Wynand Coetzer, Beth Strauss and Werner Odendaal are all ex-agency strategists who left Base2 to form a consultancy called The Painted Dog Collective,” explains Moss. “Part of the Demographica investment was to rebrand as CSO+Partners. Each one of them has a deep speciality and focuses on that type of work. Wynand is a specialist in future thinking, Beth is a specialist in behavioural strategy and werner is a specialist in systems strategy. They have delivered significant strategic work and management consulting services to MTN, Bryte, Old Mutual, Yes4Youth, Investec, Nedbank, V&A Waterfront, Volvo Trucks and more.

“We’ve made the investment because the CSO+P team bring a true business consulting capability to Demographica, in a similar way to what Yellowwood does for TBWA. While CSO+P is not exclusively B2B [it works in FMCG and retail as well], over the last 18 months our clients have been blown away by the depth of expertise, and when we saw the value that they were bringing to Demographica clients, we moved swiftly to invest in them to help them grow.”

The past 18 months have been busy for the agency, bringing several key wins, including BCX (part of the Telkom Group). Moss says that his team is hoping to further expand the client stable in the remaining months of 2019, growing both the retainer- and project-based components of the business. Originally 100% project-based, the agency’s work is now approximately 40% retainer- and 60% project-based. Overall, Demographica showed 100% growth in profit from last year to this year, and an estimated 30% in revenue.

While South Africa still holds a lot of potential, the market is small, and the agency’s goals large. “We’re seriously ambitious,” he says. “We want to be the best B2B agency in the world, unequivocally.” He says that the agency has been told more than once that the work it does, and the way it operates, is globally competitive. He adds that other businesses have tried to acquire Demographica many times, pointing to this as further evidence that the agency is recognised as a leader in the B2B field.

While there is no set timeline for achieving its international goals, the next stop is Europe and North America, where the agency will start to showcase its capabilities, says Moss. However, managed growth, rather than an explosive expansion, is the ticket, he adds. Based out of Joburg, the agency already serves clients further north, via partner agencies in Accra, Lagos and Nairobi.