by Shane de Lange (@shanenilfunct) In my final 2018 column, which comprised rants and raves related to trends from last year, mention was made of the low levels of quality crafting, high levels of poor taste (or, at best, poor form), and a lack of independent publishing in South Africa. As was the case last year, many aspects of South African society still require more sponsorship and support, with the overall goal being to produce culture, not consume it. Consistency and diversity of quality production are key here, and my Top 5 South African covers for 2018 takes the cultural baton from the sentiments listed in the final column of last year, all in support of those South Africans whom are actively producing culture. 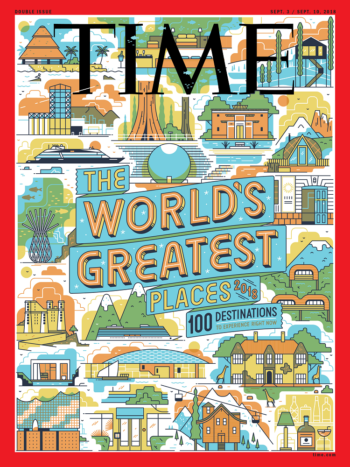 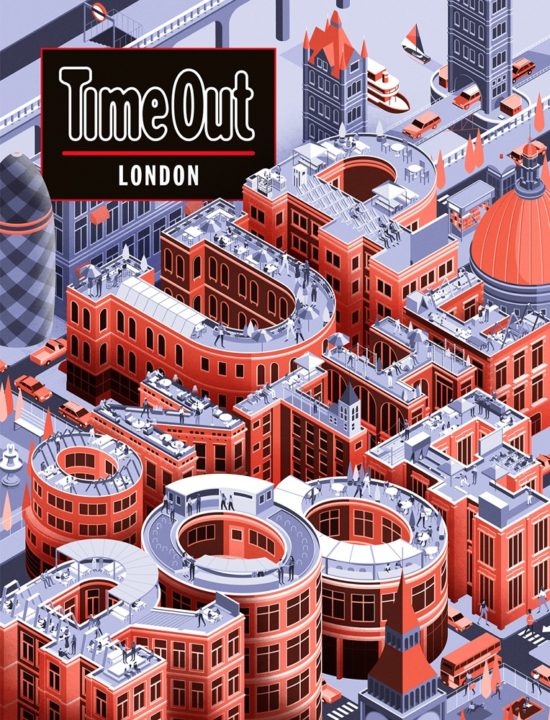 Studio Muti consistently delivered world-class illustration, crafting visuals for a number of publications last year. Although the titles for which Muti was commissioned weren’t local publications per se, that they were representing SA on a truly international scale speaks volumes.

Of the two Muti-designed covers from last year, the TIME cover is perhaps the most prominent, as it was a commission from one of the most-established magazines in history, globally. It was also a special cover for Muti, as this was TIME’s inaugural annual “World’s Greatest Places” issue, meant to be an insider guide highlighting ‘new’ and contemporary global attractions and destinations. In all, there were 100 entries covering six continents and 48 countries. The only SA listing is Zeitz MOCAA, in Cape Town, which Muti convincingly portrayed, alongside other attractions, on the cover. A technical and creative feat, with its monoline illustration, animated typography, bold colour relations, dynamic grid usage, textured space, and stylised geometric visual language, this cover stands out as one of the best for 2018.

With illustration finesse that is equally as impressive as TIME’s cover, Time Out London’s follows the theme of rooftop experiences. The cover encourages people to be out and about in London, and to be on the search for “sky-high fun”. With what seems to be Muti’s MO, the use of isometric perspective and dynamic grids here avoids falling into the same clichéd trap that other similar studios tend to fall into. The open composition is layered, seamlessly integrating typography into the subject matter of the illustration, literally illustrating with type and allowing the copy to jump off the page and announce that this issue showcases the top spots in London.

Excellent form across the board, with both covers clearly communicating a concept and message in an engaging and entertaining manner. 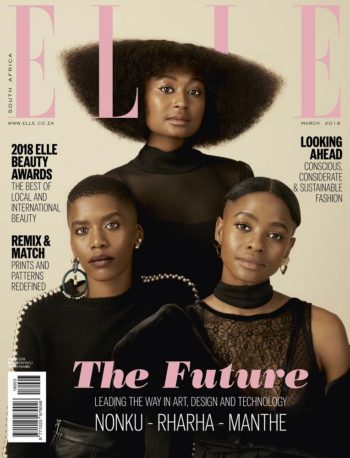 In May, former runner-up to America’s Next Top Model, Winnie Harlow (Chantal Winnie), graced the cover. Her unique look challenges mainstream perspectives of beauty, especially in the fashion industry, raising awareness about her vitiligo skin condition.

The March cover challenged popular buzzwords such as Afrofuturism, Afrocentric, Afropop, and Afropunk — running counter to all the advertising jargon and corporatised pollution out there. Artfully photographed and supported by well-considered art direction, the cover depicts three of SA’s freshest creative voices, Nonku Phiri, Rochelle “Rharha” Nembhard, and Manthe Ribane. With each individual from the separate but symbiotic realms of art, music, and technology, these three are at the forefront of culture production in SA.

Note: In December 2018, it was announced that Ndalo Media — the publishers of ELLE SA, ELLE Decoration SA, Destiny and Destiny Man — would be shutting down at the end of January 2019, after running into financial difficulty. 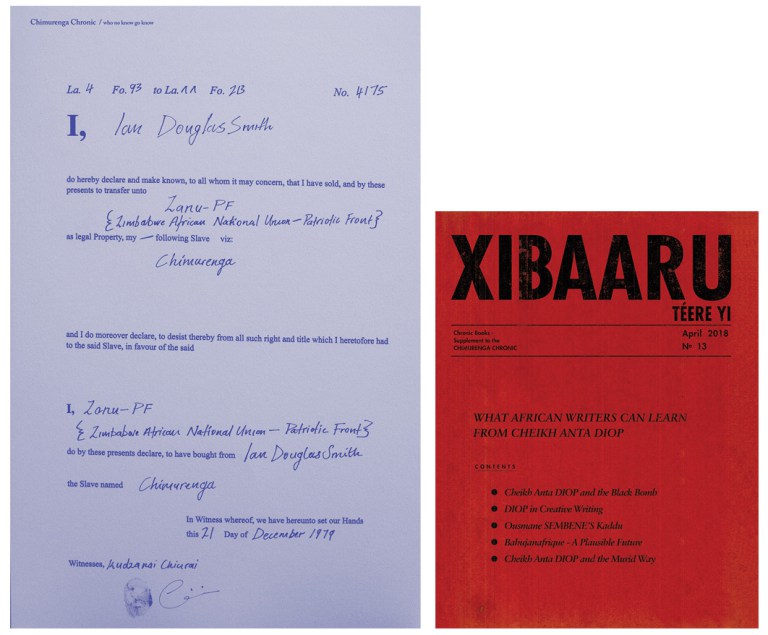 Themed “The Invention of Zimbabwe”, this issue of Chimurenga Chronic fed off political events that occurred in Zimbabwe last year, particularly the perceived coup d’état that lead to the ousting of former president, Robert Mugabe. Attempting to move past ‘white anxiety’ and ‘Africa-South’ issues, this edition was published in two parts: a large-format broadsheet and a smaller supplementary magazine. Both focused on the music and literature that documented and, at the same time, revolted against oppression and conflict in Africa.

The cover to the broadsheet is a conceptual piece by SA-based Zimbabwean-born artist, Kudzanai Chiurai, a testament to the contemporary post-postcolonial spirit. The cover for the supplement, titled XIBAARU TEERE YI (“Chronic Books” in Wolof, a widespread language in Senegal), is an ode to the work of Senegalese historian, anthropologist, physicist, and politician, Cheikh Anta Diop, famous for his examination of the origins of humankind in context of African culture before the influence of colonialism. The cover of this supplement is a parody, a tribute to TAXAW (“standing” in Wolof), which was Diop’s retitled publication, succeeding the radical magazine, SIGGI (“raising one’s head and picking oneself up” in Wolof). The production of culture depends on this level of philosophical engagement, outside and ulterior to the influence of the Occident. 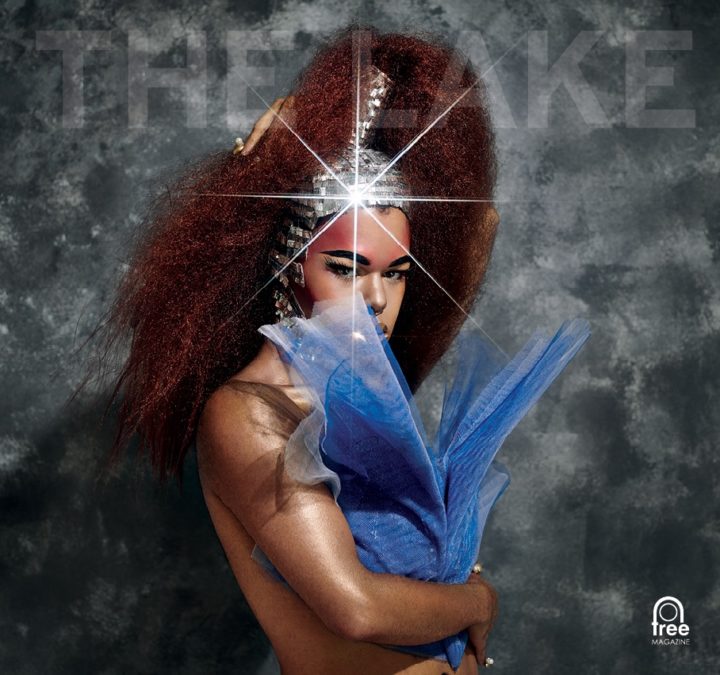 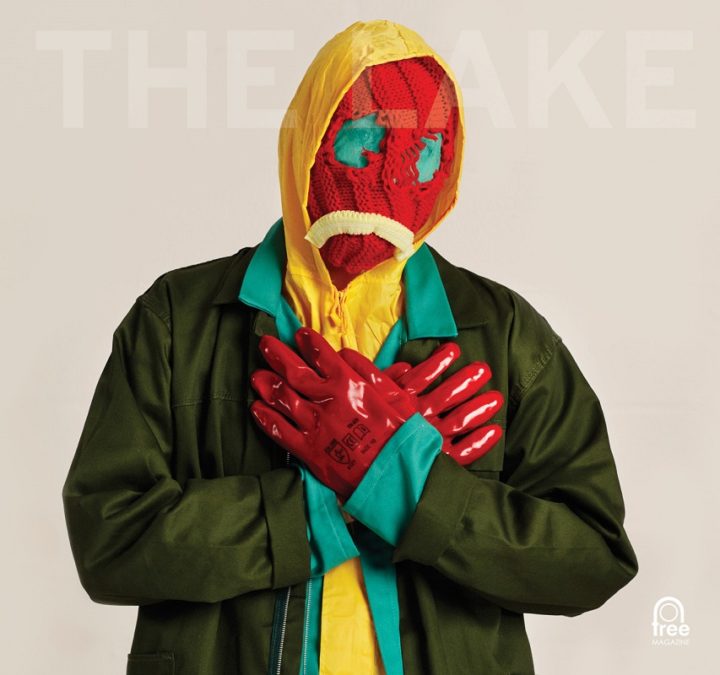 The Lake produced a few featured covers in 2018. For issue #19 in March, glamour was a noun and fashion a verb surrounding the theme “Spectacle”. Local experimental electronic music artist, Angel-Ho, adorned the cover, deconstructing notions of classism and gender politics within the context of queer identity. The cover was conceptualised and styled by Angel-Ho, with photography by Oliver Kruger. Through music and performance, Angelo-Ho presents queer identity from a fresh perspective, building a positive foundation for queer and trans youths in SA.

The June cover for issue #20 incites a state of post-postmodern hubris, presenting a colourful performance of fashion, photography and art. Juxtaposition, pastiche and appropriation work in overdrive with this cover, titled “Sad Rasta” (taken from a series titled “Avoirdupois — A System of Weights”), which was conceptualised, styled and art-directed by Inge Beckmann, and photographed by Travys Owen.

Albeit its efforts are gradual, the lowbrow experimentalism and underground, street level influences evident in The Lake, particularly on its covers, make it relevant as a middle-ground, youth-culture publication. 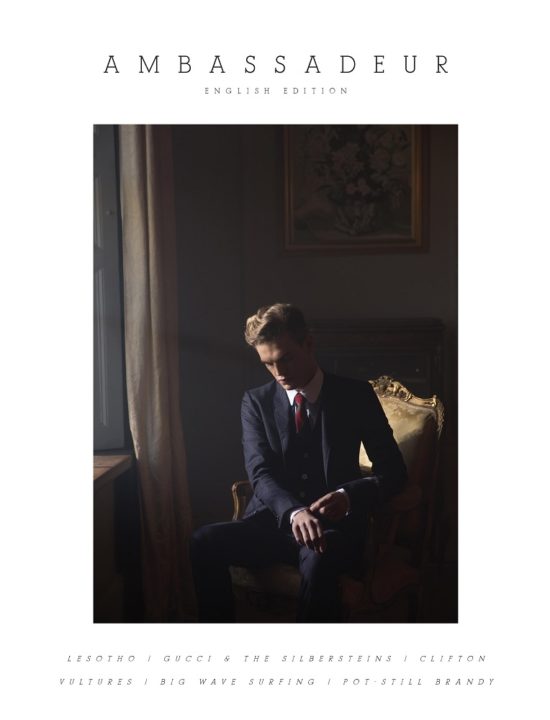 The second edition of the magazine is retrospective of perspective, reflecting upon historical, traditional and orthodox creative tendencies. This issue features a collaboration with Gucci, inspired by “Sewe Dae by die Silbersteins” (Seven Days at the Silbersteins), a novel by SA writer, Etienne Leroux, first published in 1962. Various creative disciplines amalgamate here in a rare movement running counter to the barrage of anti-culture in the media today, notably keeping the language of Afrikaans contemporary and relevant.