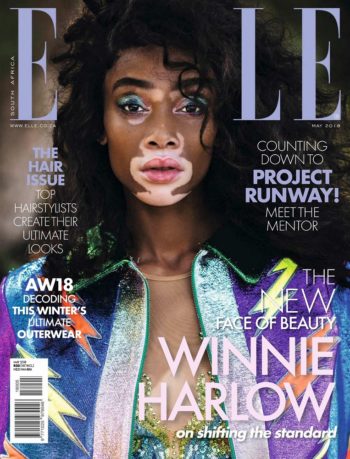 Presenting a provocative and enchanting picture of 23-year-old model, Winnie Harlow/Chantal Winnie , the cover for the May 2018 issue of ELLE South Africa challenges mainstream perspectives of beauty, particularly in the fashion world. Harlow’s unique appearance is due to vitiligo, a condition that occurs when the body’s pigment-producing cells stop functioning. Her successful modeling career has raised awareness about the condition but perhaps, more importantly, it’s allowed her to effectively shift beauty standards in the fashion industry. A former runner-up to America’s Next Top Model, Harlow quickly gained prominence, becoming the lead model in campaigns for Diesel, Swarovski and Desigual, to name a few.

Treatment can help alleviate the visible symptoms of her condition, and cosmetics can disguise her skin’s appearance, but Harlow is defiant not to conform, opting to rather stay true to what she believes in. To quote Harlow herself, “You have to do what’s right for you, not because the industry makes you feel like you have to. If you don’t want to, then don’t.”

After years performing under various artistic guises pop singer, Janelle Monáe, has finally embraced her true self with the release of her latest album, her first studio album in five years, titled “Dirty Computer”. The cover for the 29 April issue of The New York Times Magazine celebrates the advent of her new identity in stellar fashion. Riffing off a bunch of artistic influences (top of mind: Andy Warhol’s posterised screen prints, and Collins Agency’s Spotify campaign with its duotone application of photography, bold use of colour and trendy gradients), Portuguese designer and illustrator, Bráulio Amado, has created a photo illustration about Monáe’s emergence from artistic obscurity.

Amado’s use of a pink gradient, moving from the spine of the cover to the opposite page edge, symbolises Monáe’s movement away from the opaque world of artistic alter egos, out of a pink haze into the clear space of a newly realised, authentic voice. The way that the masthead in the top-left third of the cover has been somewhat concealed by the pink gradient is a lesson to be learnt about the value of understatement, and the power of erasure to amplify a message. Often, hand-lettering, more so script fonts, perform poorly but, in this case, script typography performs surprisingly well. As usual, an interesting read; read the full article here. 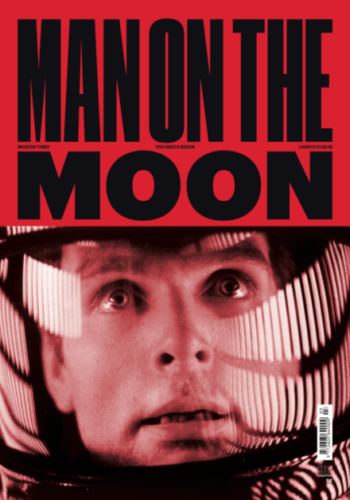 Fifty years ago, Stanley Kubrick made motion-picture history with his masterpiece, 2001: A Space Odyssey. The film predicted many forms of technology that we take for granted today, particularly with its depiction of screen-based media and the powerful influence of brands in the society of the future. As a result, the film signifies a lot more than simply being a classic movie; it is a discursive artifact, a philosophical text and a work of art, to say the least. The way that the movie was created ushered in a more-authentic form of sci-fi cinema, depicting the future in a much more-believable way and influencing other historic films to come, such as George Lucas’ Star Wars and Ridley Scott’s Alien. For its third issue, Man on the Moon Magazine celebrates the golden jubilee of one of Kubrick’s greatest filmic achievements by looking back at his fictitious future as it sits today in a past. 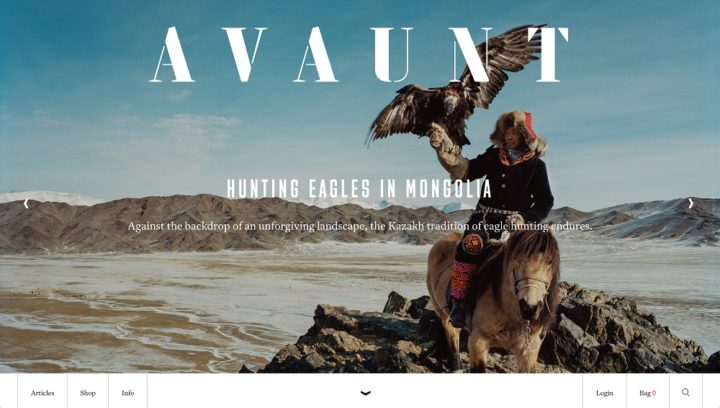 Published biannually as a print publication, and updated weekly online, Avaunt is a magazine focused on the act of escaping from the perpetual pulse and grueling grind of city life. Presented as a series of photographed articles and featuring reportage that intentionally goes against the grain of the mainstream press, Avaunt supplies its readership with the mechanisms to adventure into a larger worldview. From hunting eagles in Mongolia to exploring Tokyo’s immense network of underground storm drains, Avaunt cultivates a curiosity for all things extraordinary in this world. It tackles subjects on various scales, such as the world’s most-remote places and the latest discoveries in science and technology; design is ever-present in all its manifestations, from fashion to publishing and graphic design to architecture, always nurturing imagination.

Although the print version of Avaunt is textbook in its execution of layout, typography, visuals and the like, the website is particularly striking. In keeping with a sense of continuity across touchpoints, print and web, and maintaining synergy over the two different forms of media, Avaunt’s website uses an array of interactive elements to keep the overall experience engaging: notably intuitive horizontally dragable galleries, tasteful type pairings, migrating easy-to-use navigation, slick layout and art direction, and an easy-to-use ecommerce platform. 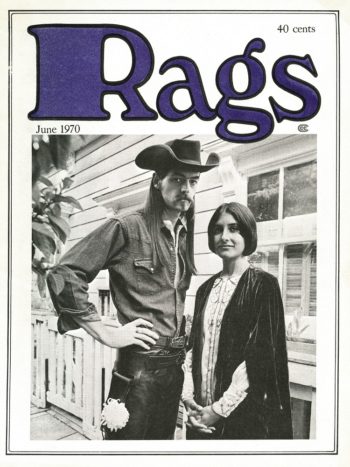 Meant to be a fashion doppelganger to Rolling Stone Magazine, Rags Magazine was an anti-establishment publication that attempted to shatter orthodox perceptions of style during the ’70s in America. Rags helped to shape ’70s fashion counterculture during a decade that some say taste forgot. Working against the humdrum office dress fashion of the day, often characterised by heavy earth tones, trippy geometric patterns, crochet, macramé, corduroy, and bell-bottoms, Rags crafted a niche for itself within the history of American subculture. Based in San Francisco, Rags advocated street style and other eccentric forms of fashion, shunning shallow mainstream knock-offs in favor of more-original approaches that were idiosyncratic and characteristically DIY — precursors to the punk aesthetic that would arrive a few years later.

Following Rolling Stone, Rags was printed on newsprint, on the same presses, deliberately avoiding the urge to go glossy — it wasn’t that kind of magazine, opting for raw, expressive, and authentic. The fashion inside was not meant to frame or characterise any particular type. The couture that it saw as meaningful was irreverent, outsider and alternative, opposed to the inauthentic and superficial styles that were popular back then. Rags drew its energy from the diversity and peculiarity of people existing in the city on street level. As such, the magazine nurtured a cultural shift, one that embraced the creation of style for the individual, from shaved heads to tattoos (which were not nearly as common as they are today). The magazine even went as far as to invent odd genres, such as ‘Casket Couture’, inspired by the profession of making clothes for bodies placed in caskets.

Despite existing on the fringe, and gaining notoriety for it, Rags was short-lived, printing only 13 issues. During its roughly two-year existence, it was surprisingly influential, so much so that Women’s Wear Daily, a magazine that represented the opposite of what Rags stood for, had a complete redesign and attempted to emulate many of the editorial design choices that Rags implemented. By 1971, Rags had depleted all its funding with advertisers failing to pay their debts and investors falling to the wayside due to the recession of the early 70s, moving Rags from its initial riches to its ultimate demise.