by Sabrina Forbes. By definition, a grid is a network of wires by which sources of power are distributed, and Grid Worldwide does just that through its unique, design-led work.

The way Grid does business has shifted to keep up with global trends in the industry. Leading up to April 2018, the leadership at Grid relooked at its existing service offering, which purely focused on design, and began the evolution of building Grid into a 21st century ideas agency. It knew that, even though this level of change was daunting, it had to be done to survive: at the end of 2016, it’d noticed a global shift. Clients wanted things done better and faster but were coming to the table with much-smaller budgets. The Grid team looked at how it could become more agile and leverage its position in this new shift.

The plan is to remain a design-led organisation but evolve the offering into an integrated thinking model. This model has two arms: first, a real-time strategy model that offers real-time insights and cultural relevance by looking at what’s going on around the world and allowing that to shape the work; and secondly, an integrated creative model that uses specialist creative disciplines to solve big problems.

It has also brought in staff to fulfill previously unknown roles. For example, in April 2017 the agency hired its first insights disruption brand manager, from the TBWA group. This person worked with the Africa disruption team who helped build the insights unit. The outcome of such a role is, ultimately, to give a real-time strategy model that allows for playing in culture.

According to Adam Byars, joint CEO and partner, the traditional design model goes through three main steps: strategy, design, and execution. Although limiting, Grid used to follow this model for a long time. For Byars, design is no longer about just a new logo. You need to give meaning to brands and ask yourself constantly how you bring that positioning to life. As an example, for FNB, it wanted to know how “How Can We Help You?” would affect the entire organisation, and the work it does for this client keeps that at the core of its strategies.

Masego Motsogi, who became managing director in January 2018, reiterates and builds on this, saying that design is a part of everything that Grid does while, at the same time, recognising that it’s in a fast-changing world. She mentions the rebrand the agency recently did for Telkom; core to this was the new logo with a subtle top-left plus sign that speaks to the variety of additional services the telco offers consumers.

How the logo is core to the brand came to light at the recent ITU Telecom World 2018 conference and exhibition, held in Durban mid-September. The strategy behind Telkom’s exhibition stall focused on experiential, rather than branding, elements. The logo formed the basis of the design, taking a typically rudimentary exhibition stand to new levels, especially considering the elite audience who was attending. A main feature was a room where, through augmented reality, visitors were given an opportunity to learn more about Telkom’s auxiliary products such as Business Connexion and OpenServe.

Unlike most agencies in South Africa, Grid doesn’t service any retainer business and focuses solely on project-based work. Byars feels that retainers can breed mediocrity and complacency on both client and agency side, and Motsogi believes that being a value-based agency allows Grid to prove the value of its work through an evidence-based environment. Every project needs to be treated with the utmost respect and attention from everyone at Grid, because it’s that project that will lead to the next one, and the next one. This keeps the entire company hungry and consistently on the hunt.

Motsogi shared that Grid wants to be considered as more of a consultancy than an agency, and that its 2–3 year immediate plan is to become one of the best ideation companies in the world that’s proudly South Africa. To do this, and particularly because it’s a challenger brand itself which has taken big risks to get where it is, its client base needs to mirror this. Both agree that not everyone in life is going to like you, but that’s ok. For many, Grid is seen as too brave, too unorthodox. “We want to work with brands that make a difference and are meaningful players who are brave enough to catapult themselves into the 21st Century,” says Byars.

A case in point is the Michelin rebrand that Grid headed up, working in collaboration with the New York and Paris teams of lead agency, TBWA. The question that led the strategy was: “How do you give relevance to the Michelin Man in today’s world?” Bibendum, his real name and one of the world’s oldest trademarks, is also one of the most-valued and -easily identified characters on the planet. But what do Michelin tyres themselves stand for? Driving mobility and ensuring journey safety from A to B come to mind. The design work done for this project puts the focus on the journey with Michelin, using Bibendum in clever ways. You see just his arm, and you know it’s him and why he’s there.

Other work worth noting is what Grid has done with Qatar Tourism. Byars lives in Qatar and is available locally for the client. Hamad International Airport is the one of the most-connected airports in the world and the team at Grid believe so much in Qatar as a country, it’s there every step of the way in preparing it for the FIFA World Cup 2022.

“Great things in business are never done by one person. They’re done by a team of people” —Steve Jobs

Following a recent complaint by designer, Ndumiso Nyoni, that he wasn’t credited for his contribution to MTN illustration work which was entered into the 2018 Loeries, Grid committed to adding credits to award entries for freelancers going forward. Byars and his team are disappointed and concerned that this happened, and believe that any contribution should be credited, with the lead agencies holding the responsibility of the respective freelancers’ complete understanding of their role in the contribution and their access to the work’s IP. By having clearer parameters and stricter crediting measures, this issue should be a thing of the past.

Motsogi’s input is that the industry needs to change the way it works with freelancers, especially as the gig economy is growing exponentially. The last thing anyone at Grid wants to do is shortchange someone for work done.

“As is the king, so are the subjects” —proverb

Established in 2006, Grid is a ‘young’ agency with an average employee age of 26. Its staff come from very different backgrounds and are at the point in their life where marriage, children, and settling into life are becoming a priority. To match this well with work and its own set of demands, the agency focuses heavily on the culture it creates. It knows and appreciate that its staff members have a life outside work.

For Motsogi, the agency is small enough to build and manage the desired culture. It comes from the top: Nathan Reddy, founder and chief creative officer, and the rest of the leadership team are still involved in the everyday aspects of the business, but know when to step back and let the team be free. For Byars, G in Culture is an expression of how it positions itself in the world and how its clients’ brands form an expression of this.

Grid nurtures staff talent and understands how important succession is, with leadership aware that they’re molding the next generation of leaders. The entrepreneurial energy of the agency, with a focus on self-development and growth, has meant that many employees have gone on to start their own companies. 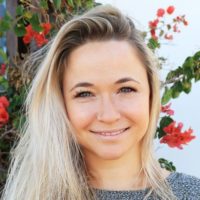