African Echo: How sheng is changing the Kenyan marketing landscape

by Betty Kairo. Increasingly, markets are more alive to the nuances of global social histories. Recent movements to counter the effects of the erasure of black narratives have fueled this curiosity even further; movements such as #feesmust fall and #blacklivesmatter are changing how people see the world, and this change is affecting purchasing decisions. The Kenyan market is no stranger to this phenomenon.

In conceptualisation meetings, we find ourselves looking for ways to embed ourselves within this framework. And, each time we do so, we find that use of language is one of the critical ways of doing so.

There’s something about language. It’s more than a way we speak; it carries with it cultural histories and ways of seeing the world. Kenyan writer, Ngũgĩ wa Thiong’o puts it this way: “Language, any language, has a dual character: it is both a means of communication and a carrier of culture.” And, if there’s any language that is currently speaking to Kenya’s urban street culture, it’s “sheng”.

Sheng is a creole language (“a stable natural language developed from a mixture of different languages” and has become a mother tongue, according to Wikipedia) that heavily borrows its phonology and modified vocabulary from Swahili and English (hence sheng) and several other African and European languages. Rumored to have been birthed in the 1950s in Eastlands, Nairobi, it was an organic solution to the need for a common tongue for labourers on the railway system. It spread further through the matatu (mini-bus taxi) and music industries and, more recently, social media.

According to Wikipedia, there are 68 languages spoken in Kenya. If language carries culture, then it’s safe to say that the cultural influence on sheng is very diverse. Perhaps it’s this diversity that lends to the richness and depth of the language that’s attracted the attention of several marketers. More likely though, it’s the use of the language as a tool of trade by working-class Kenyans. It’s used in kiosks, on matatus, at supermarket tills and so forth in most of the major cities and towns.

Despite being far more developed than a pidgin language (a simplified form that develops as a means of communication between a limited number of people or groups of people, according to Wikipedia), sheng is not without its faults. It’s been criticised for lack of regularised grammar and a stable vocabulary, and dialects may change within a quick 20-minute drive. This is doubly complicated because there are no ‘sheng’ people, which means no-one holds enough of a claim on the language to standardise it.

Not to back down from a challenge though, Kenyan artists, marketers and politicians have scoured the vocabulary for the words that transcend these limitations. This effort has established a kind of ‘agreed-upon’ space in the language that cuts nationally. Several of these words have drifted their way to the front of campaigns, with Barclays running “mkopo wa salo” (salary advance), Safaricom running “ponyoka na pick up” (win a pickup) or Kenya Commercial Bank’s “Bankika na KCB”, to name a few.

Still, in the age of the strength of Black Panther, when the whole world is looking for different ways to show accurate representation of black peoples, sheng is a handy tool for any Kenyan copywriter to have in their arsenal.

Sheng’s strength lies in its ability to create the double entendre, phrases that carry loaded meanings — not always risqué or indecent but, more often, good old double-meaning, innuendo or play on words. This kind of layered-speak communicates not only the idea but the emotion underneath the idea, suggestive of how the idea should be received.

A good example of this is “ponyoka na pick up”. Taken literally, the words “ponyoka na” mean “to take off with”. But a pickup can’t take off; it isn’t a rocket or a plane. Rather, the word alludes to a feeling of elation or elevation that comes into one’s life when you own a pickup. This is a much stronger emotion, and one that could not have been created by the phrase “win a pickup!”

In a world that’s given us Black Panther, when people everywhere are looking for different ways to accurately represent black people, sheng is a handy tool for any Kenyan copywriter to have in their arsenal. 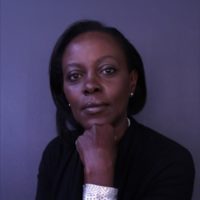 Betty Kairo is managing director of Right Here Kenya, an affiliate of FCB Africa. She has been in the communications business for over 20 years, managing global, regional and local businesses across Africa. Betty has a real fascination for people and ‘listens’ with her eyes, often visualising what people are saying; this helps, she says, in developing relevant communication and engaging conversations. African Echo seeks to unpack markets in Africa, highlight business opportunities and share insights into what works and what rebounds.