by Herman Manson (@marklives) We list the creative work you made time to read about here on MarkLives during 2017.

We released our annual Ad of the Year countdown for 2016, with First Kiss by Y&R Cape Town for the Western Cape Government’s Safely Home campaign taking top honours (view the ad here).

Ad of the Week: Are you gonna go my way?

Volkswagen South Africa, Ogilvy & Mather Cape Town and director Grey Gray of Velocity Films delivered a cuteness overload with a charming little vignette that steered the Golf brand well on the path of being, first and foremost, a family car.

Ad of the Week: Age-defying

FCB Joburg and director Morgan Dingle of Your Girlfriend elevated the Toyota Service Centre with a metaphor that was both insightful and humorous. The bottom line? A really cool message that reminded us why we should look after our cars, and our bodies.

4. OUTsurance (for all the wrong reasons)

Outrage at #OUTsurance — a turning point for adland

How does an organisation such as OUTsurance create a Father’s Day ad celebrating nearly exclusively white fathers? Surely somebody in the organisation should have noticed that it wasn’t representative of all South Africans? How does it then apologise for producing the ad by saying that it didn’t “appropriately represent” South Africa’s demographics, and was an “unintentional oversight” on its part? 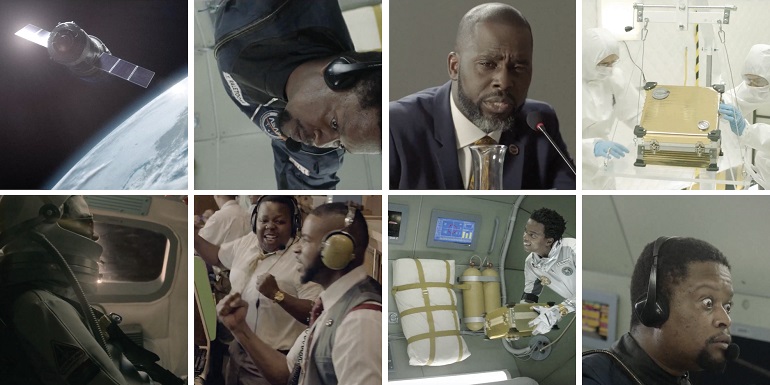 Chicken Licken saw in the new year as our first Ad of the Week for 2017 with a funny, fantastical piece — based on an African space programme — that was as gloriously well-made as it was hilarious. The TVC, directed by Pete Pohorsky of Plank Film Productions for Chicken Licken’s new ad agency, Joe Public, humorously combined excellent 3D animation and visual effects with a funky music track. It told the story of a mission to resupply the “Vaya-1” space station with a ‘classified’ cargo, to be undertaken by Afronaut Rodwell Tshabalala.

Ad of the Week: The human connection

Investec, Aqua and Greg Gray of Velocity Films reached out to the ‘me’ generation with a cyber-essay that celebrated individualism, and astutely positioned the private bank as the brand with the human touch.

Ad of the Week: Banking that breaks the fourth wall

Capitec, that innovative banking brand, came up with a campaign for the social age. These YouTube ads talked directly to viewers with a quick hit that got the message across in five seconds. For the curious — those who didn’t click the ‘skip’ button and kept watching — hilarity ensued.

Ad of the Week: Sanlam’s WhatsApp soapie is a first for SA

South Africans love soap operas and are WhatsApp fanatics. King James traded on these two insights to create a campaign for Sanlam that knocked the ball way out of the park for a service that’s notoriously tough to sell.

Ad of the Week: A South African love story from SA Tourism

FCB Joburg and director Teboho Mahlatsi of Bomb Commercials created mythical magic for South African Tourism in a commercial story that journeys through our beautiful country.

10. All the award winners

Loeries Creative Week Durban 2017 drew to a close on Sunday night, 20 August 2017, at the Durban International Convention Centre. Over two nights, more than 241 Loeries were awarded across 22 categories, including five Grands Prix, 34 Golds, 24 Craft Golds, 76 Silvers and 102 Bronzes, and Nathan Reddy of Grid Worldwide became the first designer inducted into the Loeries Hall of Fame.

The five Grands Prix were awarded to:

The 2017 Pendoring winners were announced at the annual awards evening held at Vodacom World in Midrand, Johannesburg, on Friday, 27 October 2017. Of the 10 Golds that were awarded to agencies, The Odd Number walked away with four, followed by J. Walter Thompson and 7Films/Y&R South Africa with two each. Joe Public and Abnormal Group were each awarded one Gold.

The Epica Awards announced its winning entries for 2017, with FP7/CAI (Egypt) scooping Gold for Coca-Cola, as did Advantage Y&R (Namibia) for Greenpeace Africa and Noah’s Ark Communications (Nigeria) for Airtel. In Kenya, Scanad won Silver for MASCULAN, as well as a Bronze for KWS. Net#work BBDO (South Africa) took a Bronze for SCA.

The 20th PRISM Awards, which celebrated, recognised and rewarded excellence in the South African public relations industry, took place Saturday evening, 6 May 2017. Seventy three awards were presented: 18 Gold, 30 Silver and 25 Bronze. Over 220 entries has been received.

The winners at the 2017 Financial Mail AdFocus Awards came from a shortlist of 21 agencies across six categories in 2017. Agencies were adjudicated against four measures: new business and growth; business retention and relationships; training and industry recognition; and empowerment/social responsibility.

The Direct Marketing Association of Southern Africa announced the winners of the 2017 Assegai Awards on 9 November 2017.

The Association for Communication and Advertising (ACA) announced the winners of the annual APEX Awards on 6 July 2017.