Ad of the Week: Viva the selfie generation — Cell C

by Oresti Patricios (@orestaki) From one summer campaign to another! 1886 (a FCB Africa Company) teams up with director Slim of Egg Films to create a message for the summer campaign of mobile operator Cell C, #ConnectYourWay. This smart, vibey ad is aimed firmly at the younger generation and defiantly blows a raspberry at those who say GenX/Y/Z are ‘disconnected’, placing Cell C squarely in the ‘teens and tweens’ market.

The younger generation has a close (some might say symbiotic) relationship with their electronic devices. This is often criticised by their parents who want to enforce an older kind of ‘attentiveness’ on younger audiences. The concept of FOMO (fear of missing out) has emerged to describe how some people suffer psychological withdrawal when separated from their cellphones. For older folk, being continually connected may be seen as a problem. But for youngsters who live in a world of selfies, Snapchat and social media, it’s the only way to be.

Cell C targets this market with a range of products aimed at the younger, more budget-conscious market, for whom data connectivity is as essential as air and water.

The ad starts with a shot of a group of teenagers, all interacting with their phones. There is a big screen in the background. A news clip plays, and a woman (clearly a member of the ‘older generation’) says: “These kids are always on their phones — they’re so disconnected.”

The camera focuses on one young woman, who shakes her head cynically. She holds her phone up to cover her mouth. What we see then is a video of a mouth on the mobile screen that says: “Really?”

This launches an edgy, glitchy, graphics-loaded montage, set to the music of Charlie XCX and Icona Pop’s 2012 hit song, “I Love It”. It’s a happy, danceable tune that embodies a sense of upbeat, youthful rebellion.

Throughout the montage, the same young woman appears in a variety of scenarios. The device that is used to create movement from one scene to the next is a cellphone screen, or a screen-like graphic effect.

She is seen from ‘inside’ a screen as she designs clothing, transitioning to her posting pics of her work to Instagram. Next she is found at a fashion shoot, helping to set up a scene on a train. But our protagonist still finds time to take a selfie with the model. Then the young, urban trendster is out jogging, where she is joined by a few members of the Sharks rugby team (Cell C is a sponsor of the Sharks). Our Cell C persona is also portrayed as an avatar in a racing game. Then she’s in a YouTube video with Miss South Africa, Demi-Leigh Nel-Peters (Cell C is also a sponsor of the Miss South Africa beauty pageant).

The music comes to a sudden halt, and the young star of the movie’s voice repeats: “Disconnected. Seriously?” 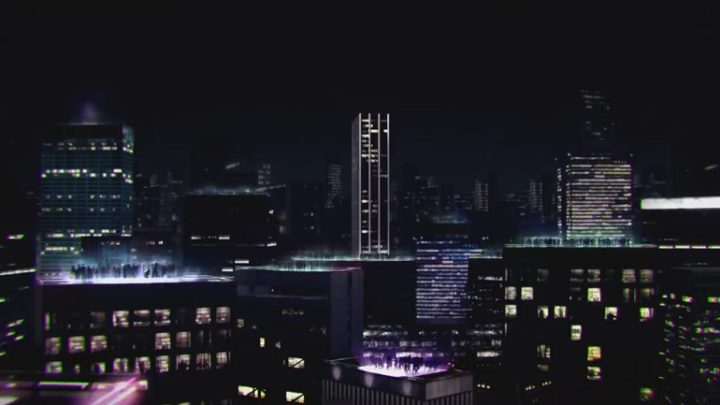 At this point, the scene moves to a rooftop, where a crowd of teenagers is lit up by their cellphones. The camera moves to other rooftops, which are also light up — teenagers are dancing on rooftops all over the city. The final shot is a bird’s eye view and, from above, all the lit-up building roofs spell the words “CELL C”.

The editing makes ample use of cool effects and funky onscreen elements, all of which make the world of the ad seem alive with a kind of fun, kinetic energy — the high-level energy that teenagers seem to be able to summon when there’s loud, pumping dance music and bright flashing lights.

The ad is well-conceptualised, and smartly executed with great casting — the star of the ad is a young woman who is sassy and vibey —perfect for the target audience, complete with great editing, sound and effects.

I was wondering where the agency, 1886, got its name so I Googled it. That was the year gold was discovered on the Witwatersrand and it certainly seems as if1886 has struck gold again with a bright, shiny, connected ad for Cell C. Everyone speaks about connecting with youth markets — great to see a brand and agency that have done this so cleverly. Take a selfie and send it to us, you smart, smart people.