by MarkLives (@marklives) Instead of looking back at Net#work BBDO’s last 23-odd years, Mike Schalit, founding partner and CCO, thought it’d be more instructive to look forward and see what wisdom could be identified on what does it really take to direct creativity. The result? The Creative#Director (C#D) coffee table book, curated by Schalit and designed by Emma Strydom. Over several weeks, MarkLives is featuring the pearls of wisdom from five of the 30 participants — next up is Neo Mashigo.

As with most things in life, it requires a chakalaka of traits to be a CD. First, you have to be a creative. This might seem obvious. Yet there are many people out there walking the walk of a CD without having gone through the fire of a creative department baptism. And until that happens, you know nothing, John Snow!

You need to display leadership qualities. People should feel happy to receive your leadership and guidance. Note: this could require a little muti. Being a talented creative helps. However, being able to extract the best out of a team of people is paramount.

You should be curious; your interests should be broad, as your world will be a collision of countless different spheres, even that which you hate. And, so, you need to be willing to learn, to listen, to observe and sometimes, endure. Generally, the people around you are good teachers — meaning the teller at Pick n Pay, your family WhatsApp group and the friend who sends you chain prayers. It’s the people who aren’t wearing the creative crown who are the people you should be listening to carefully.

An innate understanding of people allows you to work your way around those who stand in the way of your creativity before they “make the thing that makes the pots not to be done”. You need to be able to step back and be willing to allow others to take the wheel when an idea is being improved upon.

Mike Schalit: Major achievements at Net#work and thereafter?
Neo Mashigo: While I was at Net#work, I came up with the idea of selling prepaid airtime for R5 when the going rate was R29,and this was a business big idea based on an observation from street hawkers. So the street hawkers would buy a 20-pack of cigarettes and then sell single cigarettes because people could afford to buy singles many times rather than a pack. So I took this idea to cellphone networks and gave Cell C a big competitive advantage that changed the prepaid market for good. This idea worked both for the brand and the consumer.

MS: Best piece(s) of work at Net#work that made you proudest?
NM: June 16 Metro FM poster.

MS: Most spectacular failure at Net#work?
NM: Failing to sell an idea we had that won Grand Prix three years down the line.

MS: Crazy idea that we as a C#D collective could collaborate on to make a dent in the universe?
NM: We could do a campaign that would lead to a subject at school level which encourages pupils to think creatively and make creativity a normal thing, not a thing that weirdos do. Another one is a campaign for South Africans to learn one additional local language so that we can speak to each other’s hearts. This is not just white people learning local languages; this is everyone learning an additional one. 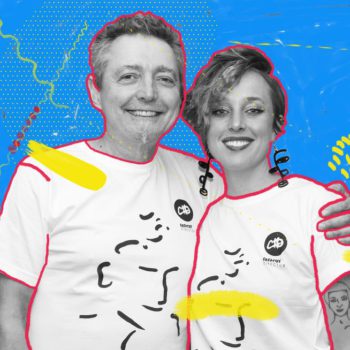