Ad of the Week: Are you gonna go my way?

by Oresti Patricios (@orestaki) Volkswagen South Africa, Ogilvy & Mather Cape Town and director Grey Gray of Velocity Films deliver a cuteness overload with a charming little vignette that steers the Golf brand well on the path of being, first and foremost, a family car.

Can you overdo cuteness? Is there a cuteness quotient or saturation point beyond which you get to a point of too much cuteness? This week’s Ad of the Week puts the cuteness factor to the test. It marks the launch of a sleeker, sportier-looking Golf, the new Golf 2017, which is nonetheless a family a model. This means a big part of the communication is what the car offers in terms of safety features, fuel economy and indoor comfort that appeals to a wide urban demographic.

The ad, “For the Love of the Drive”, follows the story of a little girl, from when she arrives at kindergarten to when she is picked up by her dad. Throughout the day, she’s singing and humming to herself (this is not a song you’ll quickly or easily recognise, unless you happen to be a diehard rock fan). Throughout the montage, we hear her little voice singing little snatches of lyrics, slightly out of tune; she clearly has an “earworm” going through her head.

The girl doesn’t stop singing — whether it’s while painting, jumping rope or playing in the playground. She gets a weird look from one of her classmates during music class, and even her teacher seems amused by her.

Yellow is clearly her favourite colour: she is wearing a yellow jersey, her painting is predominantly yellow, and it becomes clear why, when Dad comes to pick her up — his shiny new Volkswagen Golf is a trendy metallic mustardy-yellow colour.

They both buckle up. “Are you ready?” he asks. “Yeah!” she laughs. His hand swipes in front of the car stereo console and the 1993 Lenny Kravitz anthem, “Are You Gonna Go My Way” bursts forth.

Dad hams up the spoken line, “What I want to know is…” Then they both join in on the chorus: “Are you gonna go my way?” The little girl is really cute as she mimes to the drums and sings along.

The ad ends with the slogan, “New Golf. For the love of the drive.” 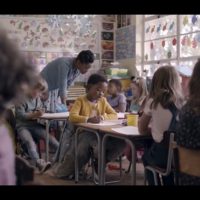 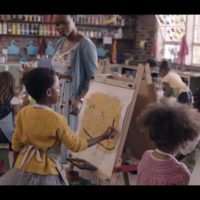 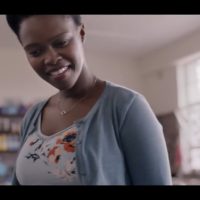 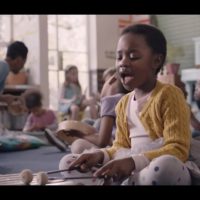 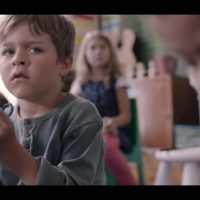 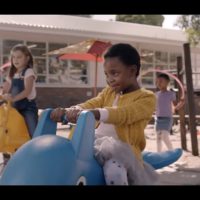 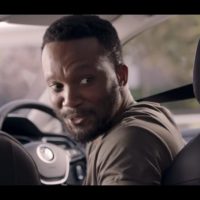 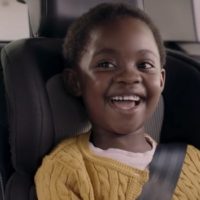 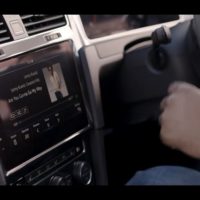 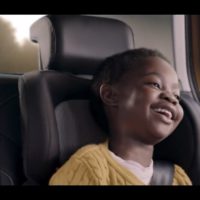 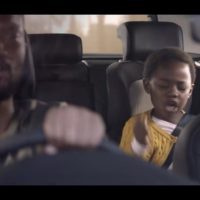 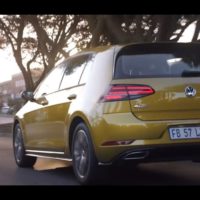 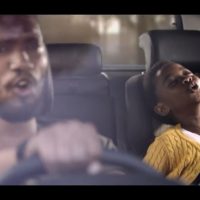 There is great chemistry between the father and daughter; she’s a real gem. There is enough of the car to warrant one wanting to take a closer look: the shape has evolved, and there is a real sense of both fun and sophistication with the brand.

Last year, Ogilvy & Mather made us chuckle with an ad produced for one of Volkswagen’s other models, the Tiguan. This one, too, featured a little girl, whose parents were oblivious to the fact she was in the backseat while they talked about her.

It feels as if Volkswagen, the people’s car, has managed to overcome the PR disaster that so damaged the brand back in late 2015, when the US’s Environmental Protection Agency found that VW engineers had put special software into several models of Volkswagen, aimed at misleading the US’s stringent emissions test protocols. Now, Volkswagen is firmly back on track, with models that appeal to families and individuals across the board, and a brand message that speaks to safety, fuel-economy, stylishness and comfort first, rather than performance and power.

The ad also reminds us of the emotional bond we have with our cars, and the cherished memories of dropping children off at school and taking them to interesting places. This message, that our cars almost become part of the family, is consistent across the Volkswagen brand, and reinforces the concept of “the people’s car”.

Congratulations to the creative folks for landing cute city. In a world that’s serious, stressful, and becoming increasingly polarised, it’s awesome that advertisers bring us back to the warm and fuzzies — the joy of fatherhood, family experiences and that life really is all about the journey.

One Response to “Ad of the Week: Are you gonna go my way?”