By Invitation Only: Steal like an artist, not an ass****

The internet, supercharged by social media, has given humanity a consistent flow of inspiration. It is the work of a moment to immerse oneself in any genre and gain insights into almost anything. On average, there are over 40 000 Google searches a second, 1.86bn monthly active Facebook users and around 200bn Tweets per year.

Never has information been so readily available or ideas so easily shared… And yet examples abound of bold thievery and complete disregard for the act of copyright and the art of ideation still exists. Although it won’t see anyone put behind bars, it does leave a rather sour taste in one’s mouth to discover an idea that is merely a replica, with zero effort expended to improve on the original concept.

A stroke of pure genius was demonstrated at this year’s Design Indaba, when the Dutch duo, Lernert & Sander, ‘forgave’ all the copycats it had encountered over the years with a heartfelt email sung by some of Cape Town’s best vocalists. Were the two a tad harsh? Not in my opinion — bearing in mind the current plethora of communication design that clearly displays a copycat approach. The term ‘typographic’ commercial immediately comes to mind…

Fast-paced, upbeat, eye-catching ‘typographic’ commercials were introduced to the world by Apple. But it was only a matter of time before the copycats pounced and brazenly attempted to replicate a visual style that was so brilliantly defined by Apple.

Is it worth it?

What is disheartening is the level of acceptance by us, the design community, when it comes to work that is clearly ‘borrowed’ and demonstrates a complete disregard for creativity. As Brian Collins said when addressing the Design Indaba audience, creatives need to bring back “Insanely Great” and “Maximum F*&king Love” in our work… not “Minimal Viable Product”.

Ultimately, we need to ask ourselves whether the shortcut is worth it in the long run. One thing is certain — the internet makes it extremely difficult for copycat culprits to hide. 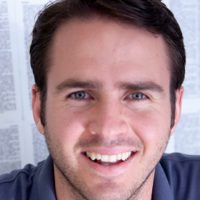 Nick Schilperoort (@NicSkilly) cut his teeth as a strategic planner at TBWA\Hunt\Lascaris before joining Xfacta as client service director and strategic planning director. Today, he serves as managing director of Xfacta, managing a highly skilled team of creatives who’ve been influential players in some of the world’s foremost companies and brands. He is also a regional advisory council member for the Vega School of Brand Leadership in Johannesburg, having served as a board member of the Brand Council of South Africa in 2015.