Ad of the Week: Ballantine’s still rocking the content

In April last year, I wrote about how Ballantine’s just ‘gets it’; the whisky brand has put its weight behind initiatives that speak to the passions of its target market. I looked at some of the interesting ‘underground’ projects that Ballantine’s was supporting, including the world’s largest animated gif, and urban dance styles coming out of melting pots, from Jozi to Tembisa.

Music and dance are very much part of the social life of young South Africans — the fastest-growing and most-lucrative segment of the market, given that this age group (18-25) generally doesn’t have children and has more disposable income than their older counterparts.

This year, the slogan is the same — “Stay True” — and it is still working. Black Motion redefines the genre by breaking the ‘rules’, incorporating traditional sounds into their dance tracks with a combination of pre-recorded and live sounds.

The TVC starts with the two musicians sitting backstage enjoying a Ballantine’s. Smol, the percussionist, turns to the camera, saying, “We’ve always stayed true to our roots, no matter what they said.”

They get the five-minute call, and start to move, the camera tracking with them through the labyrinthine backstage. Smol continues his narrative: “They said, ‘Don’t use those traditional drums you picked up on the side of the road in Kenya — way too old-fashioned.” In a moment of magic, the camera whip-pans to a posse of drummers, dressed in white war-paint and striking headgear, laying down a fierce beat on ‘traditional’ drums.

Smol continues: “They said nobody wants to listen to traditional singing.” This time the camera whip-pans to a group of singers dressed in magenta dresses and headgear. The blue light on their dark skin makes them look surreal, almost alien, and their voices add to the drum beat.

“They said an ostrich-egg isn’t a real instrument. Try sound effects — way cooler.” The duo walk around a corner to reveal dancers daubed in white paint, shaking ostrich eggs, the sound mixing in perfectly with the building soundtrack.

Smol smiles and says: “We said it doesn’t matter what they say, as long as we stay true to who we are.”

By this time, the duo has arrived at the wings of the stage. They turn and give each other a handshake and a hug, as the soundtrack fades down in anticipation. They run up the stairs to the stage, and the song erupts in full force, with the crowd screaming. This shot is overlaid with the Ballantine’s logo and the slogan, “Stay True.” 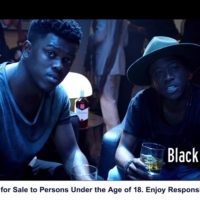 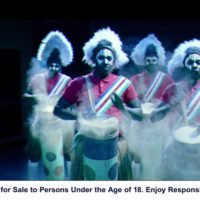 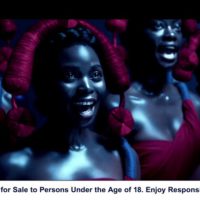 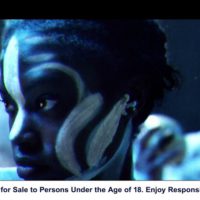 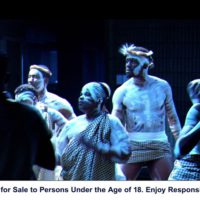 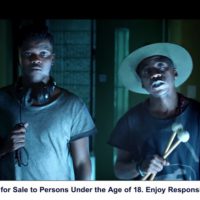 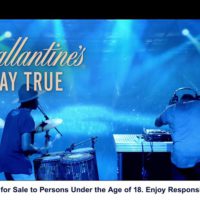 The lighting and grade of the entire sequence is really beautiful, with deep rich blues bouncing off the white warpaint and suffusing everything with an otherworldly ambience. The performance by Smol is endearing — he smiles and engages with the camera like he’s been doing it all his life. The soundtrack is masterfully created, with a slow build to a great climax.

In terms of what Ballantine’s is doing with its overall campaign, this ad proves how the company is putting its weight behind new urban dance music, featuring Black Motion on the whisky brand’s own Facebook page and creating mini-events such as a live streaming Q&A for fans, hosted on Facebook.

It’s bound to make the brand appeal to the fans, not only of this band but of music lovers throughout the demographic — the very target market that Ballantine’s is trying to attract.