by Oresti Patricios (@orestaki) Net#work BBDO and director Kevin Fitzgerald of 0307 present an inspirational story of true courage in this, the agency’s latest TV commercial for Unisa, the University of South Africa. And, if this latest Ad of the Week doesn’t bring a lump to your throat, there may be something wrong with you (seriously). So, before watching, please have at least two tissues on hand.

The mini-movie, “Define Tomorrow”, features a young taxi driver who uses every spare moment to study for his Unisa qualification. It takes the form of a montage of scenes, driven by a poignant piano melody that was created in collaboration with Audio Militia, using actual instruments.

For many people, studying full-time is simply not an option. Familial commitments and lack of financial support often put tertiary education at a college or university beyond the means of many in this country, even though they may have the ability. Unisa provides internationally recognised degree and diploma courses through correspondence for people who cannot attend university full-time, as well as for those who may need to finish some credits in order to graduate and for those with postgraduate aspirations. But getting degrees through correspondence is not easy; it requires a great deal of self-discipline and motivation. It requires true courage.

But let’s get back to the ad, which is mostly shot at night — an approach that really adds to the theatre and mood of this film, particularly in the rainy scenes. 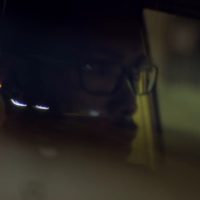 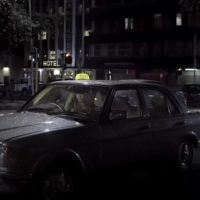 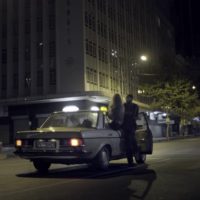 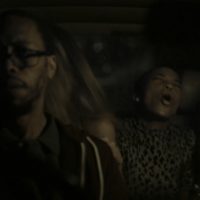 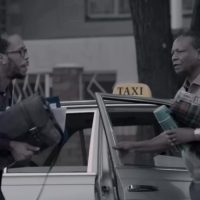 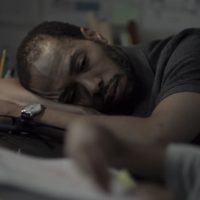 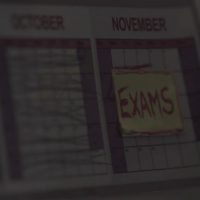 The hero is a young man who drives a taxi at night. We see him ferrying people across the city — youngsters out to party. In one scene, he has to stop the car because a misbehaving young woman has decided it’s a good idea to sit on the window frame with half her body out of the car! Then, it’s morning time, and he arrives at his home, to hand over the car to his father, who will drive it for the day shift. He goes inside and sits down at a desk to study, while his young son is still asleep.

In subsequent scenes, we see the child scribbling on his notes while he has fallen asleep at the desk; then he is hitting the books again. Throughout, one gets a sense of both his tiredness and frustration: it’s hard work. Then it’s time to get back into the taxi and drive.

He stops in a side road to do some studying, but gets frustrated. He looks up at the windows of an apartment, to see a young woman sticking study notes up in the window. He smiles in recognition of a kindred spirit. He stops at a fast-food joint, and in the background is another young man, who is also studying. This person is the fry-chef, who has to put down his books to make our hero his food.

And so the routine continues: once again pulling up at the house, taking a nap beside his baby brother, crossing off the days on a calendar with November clearly marked as “Exams”. Now, when we see him studying, it is less with a sense of frustration, and more with a sense of focus and purpose, as if to say that his perseverance has paid off, and he’s getting a handle on his studies.

His son runs forward with a letter, already opened. He looks at it, and the Unisa logo may clearly be seen. The expression on the face of the protagonist is all it takes to know that he has been successful. The screen fades to white, with the title: ‘Defy the odds. Define tomorrow’, and the Unisa logo.

One Response to “Ad of the Week: Courage defines tomorrow”