Ad of the Week: How do you like them apples?

by Oresti Patricios (@orestaki) Savanna, the cider company with its tongue firmly in its cheek, has created another winner, with agency FCB Cape Town and Greg Gray of Velocity Films. Savanna last featured as Ad of the Week in 2013.

Cider has been seeing a good deal of growth in South Africa lately and, although it has only a small percentage of sales compared to beers, Euromonitor reports: “Consumers are increasingly attracted by lighter and more refreshing alcoholic drinks, while cider/perry is also succeeding in attracting more female drinkers thanks to its sweet and fruity flavour.” (Perry is the name given to a cider made from pears.)

Euromonitor also says that SA showed the second-largest growth in cider/perry between 2012 and 2016, after the UK, so it’s not surprising Savanna brand recently has expanded its range to include a dark brew and now a tequila-flavoured one, called Loco (great ads, too).

Getting back to the Savanna campaign, which is built around the slogan, “Savanna’s got apples. Have you?” This is, once again, a slogan that can spawn many scenarios, just like the “It’s dry, but you can drink it” series, with comedian Barry Hilton at his dead-pan best — no doubt one of the most-memorable ad campaigns of the past couple of decades. The first #GotApples ad featured an office party, where the Savanna-drinking ‘hero’ took the last canapé from under his boss’s nose, in a Mexican-standoff situation (complete with wild west music). The latest TV commercial, “Savanna: Cards”, manages to play on stereotypes, too, and yet do so without reinforcing them.

The scene is an Italian restaurant. The owner is seen turning the sign to “Closed” and the narrator says, “Ah, boys’ night.” There are close-ups of chips on the table and the camera tracks around the table. There appears to be a psychological game going on between the ‘hero’ (Louis) and another stony-faced character. 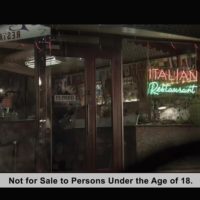 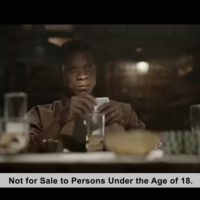 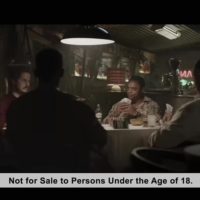 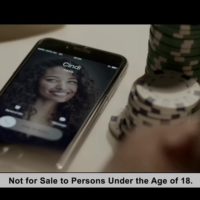 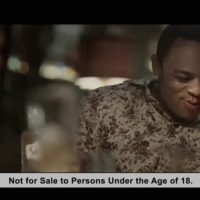 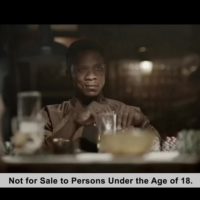 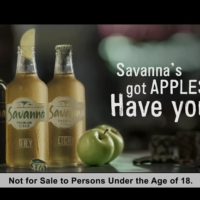 Suddenly, his phone rings, and the face and name of Cindi appears. “Ooh, it’s his girlfriend. Will he answer?” the narrator asks. There are reactions from all the players, including the stony-faced opponent.

Louis shrugs and picks up. “Hello, Pooh-noo-noo,” he says, using a term of endearment that must surely open him up to ridicule. He air-kisses the phone and hangs up, with a look that challenges anyone to make a comment.

“Ooh, that took serious apples,” comments the narrator, and the poker-faced man’s expression softens into a look of respect. “Savanna’s got apples. Have you?” the narrator continues cheerfully over a pack-shot that features three bottles and two apples. (In the previous ad in the series, the pack-shot had a single bottle with the apples placed strategically on either side, but someone must have seen the obvious phallic reference and objected, because a version with a less ‘suggestive’ pack-shot was aired.)

Gray, veteran of countless award-winning ads (including previous Savanna spots), has once again done a sterling job. The lighting, the décor, the casting and performances all work together to create a cohesive whole that is pure comedic magic.

The lovely thing is that, although the ad depicts a pretty stereotypical ‘male’ activity — the late-night poker game — and one expects stereotypical ‘male’ behaviour, the unexpected happens, and it’s really refreshing. It’s yet another example of how masculinity is evolving, and so, too, are marketers.

So here’s a ‘cheers’ for FCB and Velocity, and especially for Savanna, a brand that keeps us chuckling each time it hits the screen.