Ad of the Week: Passop, your prejudice is showing!

by Oresti Patricios (@orestaki) NATIVE VML has been getting the Twitterati thinking about xenophobia and prejudice with a Twitter bot created for PASSOP*, a civic organisation devoted to fighting for the rights of asylum-seekers, refugees and immigrants in South Africa. The bot hijacks conversations about refugees and, in so doing, makes people think about how they refer to displaced people.

Xenophobia has frequently reared its ugly head in South Africa, at times with disastrous and tragic consequences. But xenophobia is not only a South African problem — it is a human issue, as witnessed by the ongoing crisis that has seen Syrians fleeing their homes to try and find safety in other parts of the world. While some countries and their populace have been more tolerant of the expatriates from the war-torn country, many populations have reacted to the displaced peoples with strong resistance and, at times, extreme hatred. In what has been called “the worst humanitarian crisis of our times” some 11m people have been affected by the Syrian war. The United Nations estimates that some 4.6m people have fled the war-ravaged country. Nearly a million have headed for places of safety in Europe, but most remain in the Middle East.

As the drama began unfolding on global television screens last year, the term to define these people was preordained — “refugees”. But the term “refugee” has become highly stigmatised, becoming a phrase that depersonalises those it identifies, and presents them as a problem or a crisis, rather than a situation that involves human beings.

For this reason, PASSOP (People Against Suffering, Oppression and Poverty) launched an ongoing Twitter campaign towards the end of last year, “Give Refugees Back Their Humanity”, that challenges the use of the word, engaging with Twitter users in order to try and get them to think again about how words matter, and how naming groups of people may strip them of their identity.

The campaign, devised by NATIVE VML SA, was based on a simple concept — create a Twitter bot that replies to tweets containing the word “refugee” with a tweet that uses the same words, but replaces the word “refugee” with the phrase “human being”. The Twitter bot is a program that regularly monitors Twitter to find tweets that contain the word, and which automatically reframes the tweet and posts it as a response to those involved in the conversation. 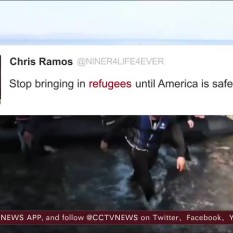 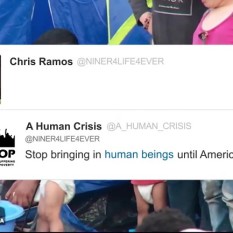 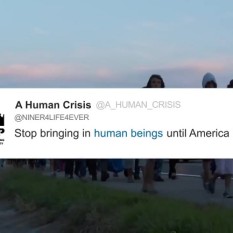 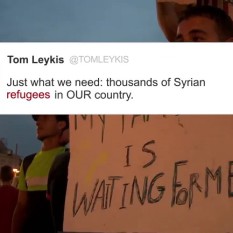 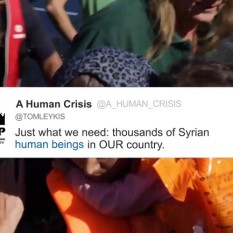 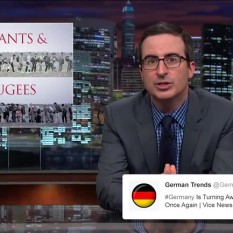 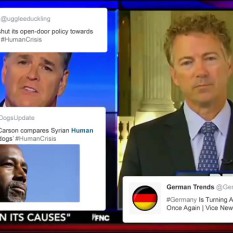 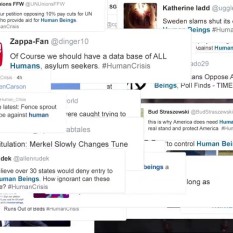 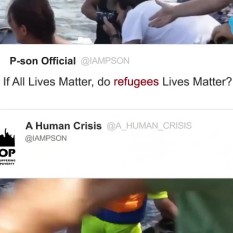 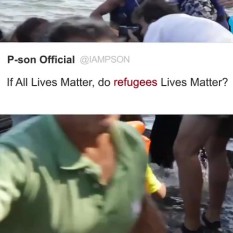 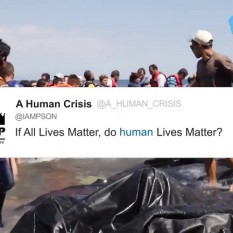 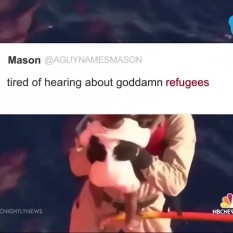 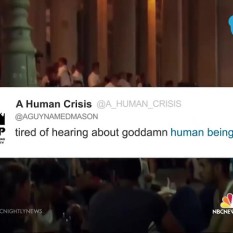 In order to get around Twitter’s strict anti-spamming policy, several Twitter accounts were set up, through which the bot could send the modified replies. The bot was also programmed to limit the number of tweets it sent in a day, so as to avoid being blocked by Twitter. The accounts had names such as @A_HUMAN_CRISIS, with the PASSOP logo as an avatar.

The bot also has had to be programmed with a certain level of language skills, so that it can recognise plurals, and determine when “refugee” is being used as an adjective or a noun:

According to Ryan McManus, executive creative director of NATIVE VML, the campaign has been mentioned on CNN, Sky and Channel 4 in the UK, as well as various other media in SA and abroad.

NATIVE VML has been presented with Gold at the recent annual IAB Bookmarks for this social media campaign — and rightly so. The concept and execution make maximum use of the immediacy, topicality and interactivity of Twitter.

I believe this type of campaign, when used well, has real potential to change people’s minds. In the fight against bigotry, if just one person has an epiphany and becomes more compassionate, surely it is worth it?