Ad of the Week: Love your body, love yourself

by Oresti Patricios (@orestaki) For too long the fashion industry has flirted with a particular type of perfection — the idea that beauty comes in a certain size, shape and look. In the fashion capitals of Paris, New York, London and Rome, the required mass for models [who are invariably tall] weighs in at about 50-something kilogrammes. Thank goodness for disruptive brands, particularly our home-grown Jet, which hit a homerun with its February 2016 print, in-store and social media campaign, created by Joe Public United. Called “Love yourself no matter your size”, this advertising work celebrated the diversity that is women for Valentine’s month of romance. 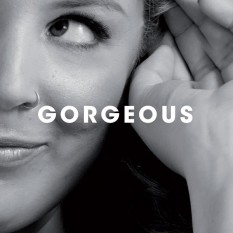 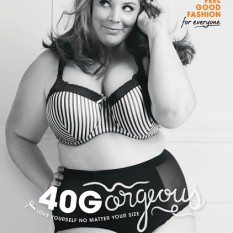 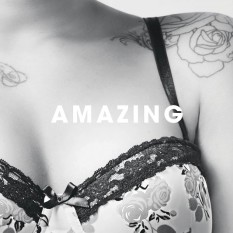 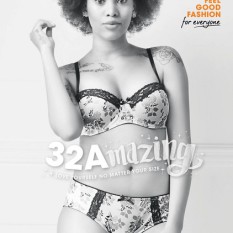 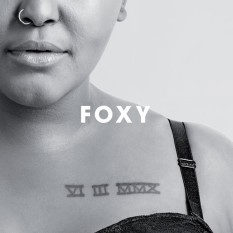 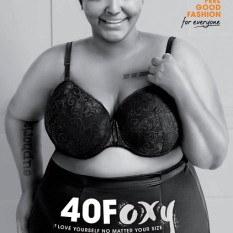 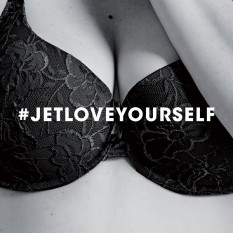 Big fashion houses and brands, as well as the media that mirror them, have been under siege from activists for decades because of the influence they have upon women’s sense of self. Body image is a major issue for most young girls evolving into womanhood, and too often young people’s sense of self is perverted by the unrealistic standards set by the media and fashion culture, buoyed by celebrity.

This is underscored by Photoshop, the photo-editing software made by Adobe, and the phenomenon of the manipulation of media material that makes models and celebrities who endorse brands look markedly ‘more attractive’ than they do in real life. YouTube has several examples, showing how even professional models’ features are smoothed and enhanced, to create something that is beyond human, while BuzzFeed showed that just about anyone can become a cover model, thanks to Photoshop.

Despite various campaigns to get the fashion industry to change, there has been little progress. That’s why it’s refreshing and heartening when a brand such as Jet makes the kind of statement that it has in the #jetloveyourself campaign.

The disruptive integrated campaign made maximum use of social media, and starred eight ordinary women, of different shapes and sizes, from all walks of life. Some were mothers; some were young; some were skinny; some were well-endowed. Each model was dressed in lingerie, and given the opportunity to talk about their experience of body image. The graphic title that was artfully added used the lady’s bra-size — with an addition. So, 40G became “40Gorgeous”, 32A was “32Amazing”, 32D “32Divine”, 40F “40Foxy” and so on. The producers also filmed a short video for each model, and these were released on Facebook throughout February.

The videos centred on the fashion-shoot. Like the photos, they were in black-and-white, and captured some of the fun of what was happening behind the scenes. The soundtrack to the video featured each model’s voice, talking about body-image and what it means to be ‘sexy’. More importantly, these voice tracks talked to issues of prejudice.

Each video ended with the model’s bra-size+modification, and then the slogan, “Love yourself no matter your size”. A selected quote from each video was used in the Facebook post accompanying the video.

Jet’s Facebook page has been awash with positive responses from people who love the campaign and, importantly for the retailer, from people wanting to know where to get the plus-sized garments.

Esmerelda Matill wrote: “Full figure women rules because without curves is like a jean without pockets.”
Vanessa Huxham Roux: “Thanks I really appreciate you feedback awesome il have a look so i can also buy nice underwear yey”
Ntombie Maduna: “Real woman, big ups to Jet.”
Lencia Tjihara: “Well jet thank for also making us plus size lady feeling so good!!”
Nomali from Soweto: “This is really lovely. I hope your future lines reflect this stance”

Generally, these comments have been replied to by the Jet Facebook personnel, and potential customers have been steered to the website so that they could find an outlet near them.

Jet [thanks to the clevers at Joe Public United] has smartly positioned itself on the side of ‘real women’ with this integrated campaign, an ingenious move by the clothing retailer that will win it oodles of loyalty and sell its clothes in a downturned market. The ads celebrate intelligent, loving, joyful, nurturing and creative women, who embody the spirit of positivity that women should rightfully enjoy. It’s the polar opposite of the inadequacy that is created by the unrealistic values of the fashion industry.

With this campaign, Jet is saying, “We understand you, and we will do what we can to cater for you and celebrate you.” The photographs and video are stylishly shot. The typography, which uses a brush-painted style to turn the bra-sizes into new words (such as 36D becoming “32Divine”) is fun and creative — with clever little touches such as the letter Y of ‘40Foxy’ being shaped like a fox’s tail.

As retailers face tough times, how’s this for a crackerjack way to get fashion buyers to love a brand and buy its goods? There’s no stopping you lot, now, is there, Joe Public? ;)