Ad of the Week: The difference 1 makes

by Oresti Patricios (@orestaki) 1Life Insurance makes a major change in strategy with its latest TV commercial, produced by House of Brave with Egg Films and Left Post Production.

When 1Life first launched to market in 2006, it chose to use the infomercial format to drive sales and awareness. Now, six years later and better established in the industry, the life insurance company has taken a calculated risk in changing that strategy to a more brand-building approach.

In 60 seconds, the ad tells the story of a life-long relationship, one that starts with a simple look. The ad was shot in and around Cape Town — I recognised at least one location in Muizenberg — and the casting is spot-on: not an unrealistically ‘beautiful’ couple, just ordinary, relatable people. Each scene is an inventive interpretation of the copy, which is elegantly simple: “One look… two cups of coffee… three smiley faces…” and so on. The beauty is in the way these are interpreted, with interesting locations, moods and lighting. 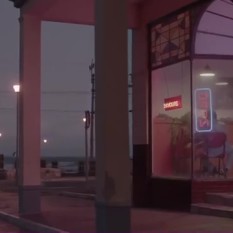 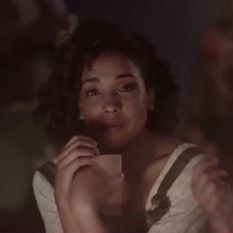 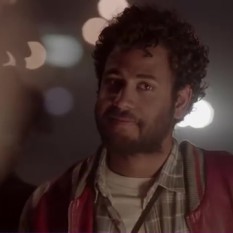 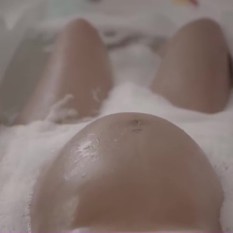 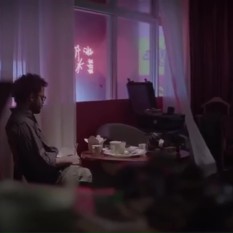 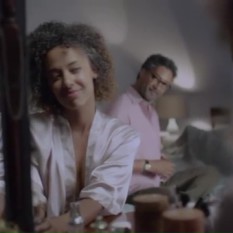 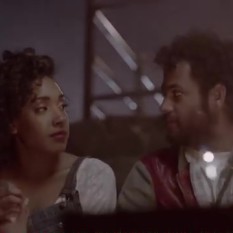 “One look…” This is the start of the narration, and we see two young people’s eyes meet. The scene is a beach party, and there is clearly a connection between them.
“Two cups of coffee…” This is a scene of the two running into a coffee shop on a rainy day, and sharing a special moment.
“Three smiley faces…” The scene is a railway station, and the man checks his SMS as a train thunders past.
“Four hours of silence…” The young couple seems to have had an argument, and they are together in the car, but not connecting.
“Five tickles…” This is a much happier scene, with the two young lovers laughing and playing.
“Six days apart…” The young man is seen in a hotel room in a foreign country; the neon writing outside suggests Tokyo, and he is eating Chinese takeaways.
“Seven minutes late for work…” A close-up on the two in bed, looking very passionate.
“Eight weird cravings…” Aquick montage of the young woman eating various different foods.
“Nine months later…” APOV shot of a the woman’s very pregnant belly.
“Ten fingers, ten toes…” The scene starts with a balloon popping on the ceiling, cuts to a baby crying and then to the man as he splashes water on his face.
“Eleven first times…” The daughter, now about two-years-old, experiencing the sea for the first time, and then getting a plaster.
“Twelve unforgettable performances…” The little girl, a couple of years older, throwing tantrums in the supermarket. (Why do they always choose the supermarket?)

The next four lines cover the girl growing up, the inevitable teenage years — slamming doors, saying “sorry” — in a few seconds we see the young girl blossom and the couple become middle-aged. But there is a sweetness and a kindness to this: it’s about a lifetime romance, something gentle and beautiful.

The final scene’s narration is: “Seventeen years, and counting… all from one look.” We see the couple, older now and slightly greyer at the temples, catching each other’s eye — then flashing back to that first time they looked in each other’s eyes.

The art direction is something one notices on repeated viewing. From the clothing and hairstyles that change over time to the cars and cellphone that are seen in the early years, everything has been very carefully researched and placed. Even the surfboards in the opening sequence are from the 1980s.

The payoff line is: “One simple thing can change your life… 1Life — changing lives.” The text on screen is “One click. One call. One policy.”

The high production values of this ad — multiple locations, inventive creative design, great casting, beautiful cinematography and evocative music — all combine to chart a new image for 1Life in the eye of the consumer. Whereas previously it was possible to compete using the ‘bargain-basement’ messaging of infomercials, this ad provides a more-integrated message. The life insurer is personable and approachable, and ‘in it for the long haul’, much like a good marriage. And while one doesn’t think of a life insurer with starry eyes and a fluttering heart, the association with a life-long relationship creates a positive association with the brand.

1Life continues to market direct to customers, promoting this as a “22% saving” over going through a broker. The brand image, however, has been elevated with this ad, and I think it’s going to work well.