Ad of the Week: Once upon a time in Africa

by Oresti Patricios (@orestaki) Mazda South Africa’s whimsical story with a fairy-tale ending is our pick for the first MarkLives Ad of the Week for 2016. Nostalgic, Japanese-styled animation meets African culture in a TV commercial by Black River Football Club for the Mazda CX-3.

But let’s start with the four wheels. People tend to have emotional attachments to their cars, and any argument between owners of different car brands essentially comes down to how they feel about the vehicle. Who doesn’t remember — and have warm, fuzzy feelings about — their first car?

But, all too often, car ads focus on the features of the product — the speed, manoeuverability, attachments or styling. As a result, so many car ads have become ‘same-ish’, losing the emotional connection between brand and driver.

Black River FC has thrown out the rulebook with this commercial by using Japanese anime-style animation to set the Mazda CX-3 apart from the rest. But that’s all that’s oriental — the scenario is African, the backgrounds are South African, and the story is pure local fairy tale. Anime is a distinct set of styles of animation that use a combination of hand-drawn and computer techniques. Many such styles rely on something known in Japan as kawaii: ‘cute’ characters with big eyes and innocent aspects. Adventure stories are usually fantastical and magical — escapism for a technological generation.

The ad begins with a scene of a proud (somewhat lascivious) chief, about to get married to a beautiful young woman; at the altar, he watches her walk down the aisle, and his three other wives look on with hatred. The young woman has tears streaming down her face; this is clearly something she has been pressured into.

Roar off in a cloud of dust

The chief is about to take her hand when a voice calls out from the back of the hall. It is the young woman’s ‘Prince Charming’, and he grabs her hand and they race away from the venue. As they run, she removes the clasp from her hair, and her long braids fly in the wind. They jump into his awaiting chariot — a bright red Mazda CX-3 — and roar off in a cloud of dust. 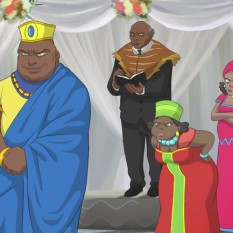 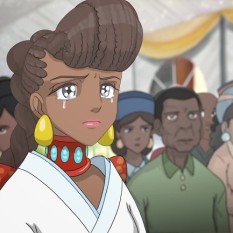 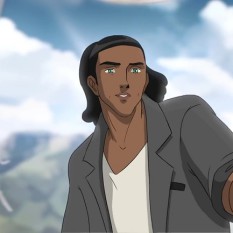 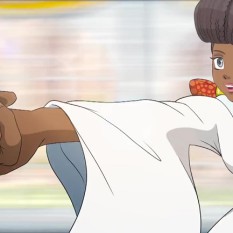 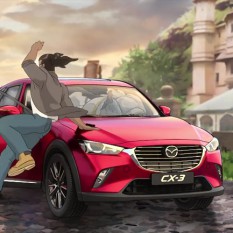 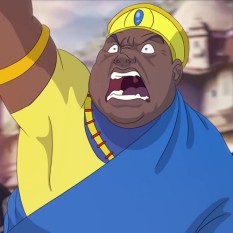 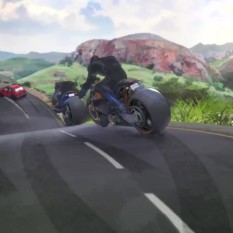 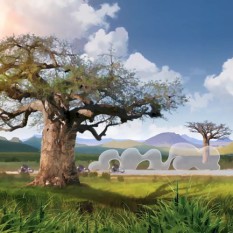 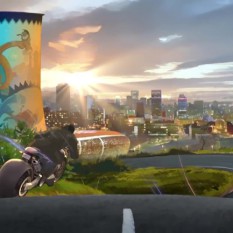 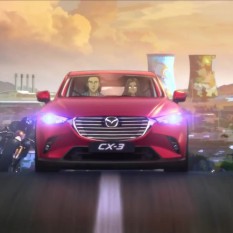 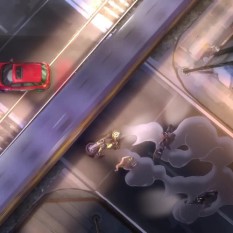 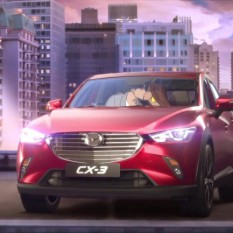 But it’s not over. The chief sends his motorcycle-mounted guards in pursuit, and the chase ensues, through countryside reminiscent of the Drakensberg. The resourceful ‘princess’ removes her wedding gown and throws it in the path of one of the motorcycles, and eventually the chase ends up in the familiar urban world of Johannesburg — the Soweto cooling towers form the background for one scene. The car races towards a black-and-yellow Metrorail train and, with a quick manoeuvre, the ‘prince’ just-just makes it past, and the pursuing guards are left behind. The car drives off into the city, leaving the cursing bikers behind.

The end shot is of the two young lovers at a scenic site overlooking the Johannesburg skyline, watching the sunset and cuddling together — presumably to live happily ever after. “Defy convention. The all-new Mazda CX-3. The impossible made possible,” is the narrated payoff line, in keeping with the brand’s identity.

For an older generation, animation might cheapen a product, but in this case it’s spot on: the car is clearly targeted at a younger demographic, and the styling cleverly taps into the zeitgeist of a generation that has grown up on anime.

Black River FC has scored with an engaging tv ad that gets to the heart of car ownership: it’s not about the features — it’s all about the passion. Perhaps for the next round, it will defy convention a more by making the woman the ‘hero’ of the action.