by Alistair Mackay (@almackay) What do ball-point pens have to do with political commemoration? Not a lot, but the age of social media has made it more difficult for brands to stay top of mind without hitching themselves to — or commenting upon — all kinds of news, topical events and political opinions that have nothing to do with the brands themselves. 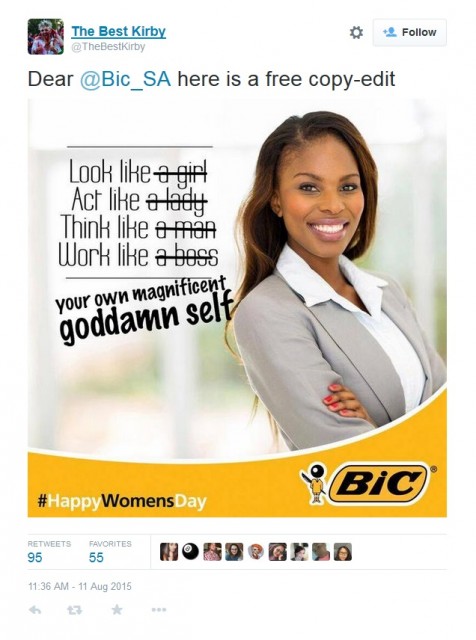 It was immediately met with such unbridled fury across Twitter and Facebook that the story was even picked up in global media, such as The Guardian and Mashable. Users pointed out that, far from being empowering, the message was deeply misogynistic and paternalistic… and it also turned out to be plagiarised.

Having self-righteously participated in the Twitter outrage, I was left feeling guilty and unhappy. I suddenly realised that it would almost certainly be some junior social media manager’s job that was being ruined, not a middle-aged male executive with paternalistic views towards women. As far as I can tell, BIC’s marketing manager is a woman, and must have genuinely believed the message was empowering. (As difficult as that is to imagine, I suppose the last line “like a boss” is often used to describe powerful people).

The failure was not that of any one individual, nor was it a mistake for the brand to celebrate a political public holiday: It was BIC’s failure to have adequate cross-checks, approvals and a diverse range of views heard when making messaging decisions.

The saga is a case study in the power of social media — not just to facilitate swift and merciless mob justice on a bad piece of communication, but to make marketers think they need to create that kind of post in the first place.

The demand for content in the digital age is almost impossible to believe. Consumers seem to have an insatiable hunger for bite-size stories, videos and pictures. Magazines that once came out every month now post multiple stories every day on their websites and social media platforms.

Brands are feeling the pressure, too. Even if you do create an amazing ad one day, what have you got lined up for the next? It’s a conversational era, and no one wants to talk about the same things they spoke about yesterday.

As misguided as that particular post was, it points to a healthy trend in marketing: that of brands centering their communication on the consumer’s world, rather than their own. It is where marketing is headed: brands participate in everyday discussions about the things that interest their target markets. Big campaigns are still important, but brands become relatable and likeable when they behave like someone interesting in your social circle.

So ball-point pens may have little to do with Women’s Day, but peri-peri chicken doesn’t have much to do with politics either, and Nando’s has been staying top of mind by blending the two for years.

BIC’s Women’s Day post could have done wonders for the brand, if it had been properly thought through. The idea of celebrating women’s ambitions — even if narrowly defined as their ambitions in business — is a good one that could have generated goodwill for the brand. Who doesn’t like to be reminded that they can be whatever they want to be? (I’m assuming that is what the post was trying to get at).

Celebrating your target consumer is undoubtedly a good thing, as is creating content around their interests, passions and ambitions; even their politics. But a good intention is certainly not enough to win over any consumers. The execution needs to be tested, unpacked and thought about carefully. Ideally, you should have a diverse group of people in your marketing department, and all of them should have look to see if the message could be misconstrued.

Of course, it’s not possible to have every social media message double or triple-checked. Half of the joy of social media is its spontaneity and that it doesn’t sound scripted. If you’re just using it as another broadcast channel, you’re missing the point. I have run social media accounts for businesses before and know that getting approval for everything that you post is just not feasible. If you are live-tweeting an event, for example, and churning out soundbite after soundbite in rapid succession, there’s no focus group in the world fast enough to stop you.

But I think the solution is simple. Anything that can be planned in advance is better planned than not. And especially if the topic you are hitching your brand onto for a free ride in the collective consciousness is political, then make sure you’ve checked your message from a number of angles before you hit publish. And if you get it wrong, apologise immediately, and without caveats.

But that doesn’t mean they should be avoided. Political topics may be excellent for building awareness and relevance, and for positioning a brand on the right side of history. But they do require thought.

At the same time as the BIC crisis was unfolding on Twitter last month, another brand was showing us exactly how it’s done. The World Wildlife Fund used a playful and widespread social media custom to provoke a reaction in its audience about a serious and highly political issue: climate change. 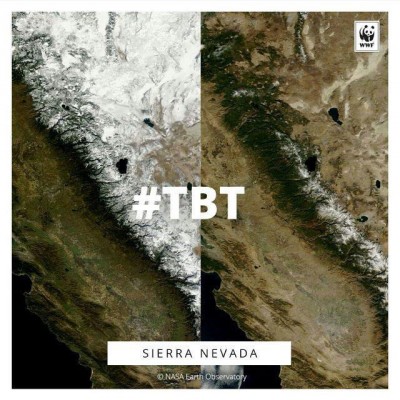 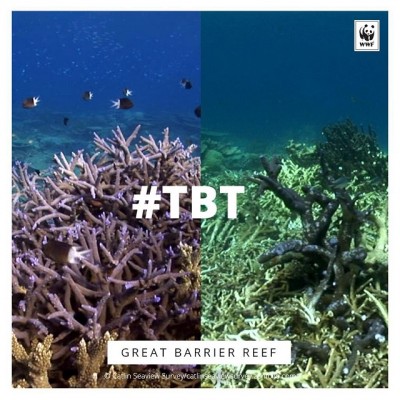 Whereas most Twitter and Instagram users use the #ThrowbackThursday #tbt hashtags every Thursday to showcase funny or embarrassing pictures from their youth, the WWF posted a series of pictures that document the huge changes in our climate from human action. Instead of nostalgia, the pictures trigger a sense of panic in the viewer and a determination to support climate change action.

It’s top of mind awareness for the WWF and its chosen issue; it’s an effective and provocative use of social media for a political message; and it’s content that is impactful, quick to digest and to share. Marketers out there, it can be done! 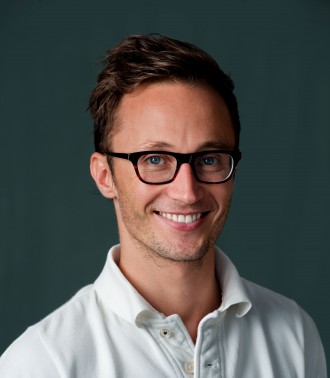