Ad of the Week: Mzansi standing together

by Oresti Patricios (@orestaki) The art of photography is sometimes forgotten in this Instagram-age of automated filters and point-and-click cameras. Everyone is a photographer these days, when cellphones have cameras whose specs would have put them in the ‘pro’ category a few years ago.

So it’s refreshing to see projects such as ‘I See a Different You’, and it’s heartening that these young artists are being taken seriously by a brand such as Grant’s Whisky, which has stepped up to sponsor a dedicated project.

Grant’s Whiskey x I See A Different You

I wrote about the project in February 2014, when the conversation was about ‘nation branding’ and how hard it is for a place such as Soweto to slough off a bad image, stereotyped as it may be.

Unique in many ways

I See a Different You — ISADY for short — is a photography collective that is unique in many ways. Three young men from Johannesburg decided to do something about the bad rap the city gets — especially when it comes to areas they frequent, such as Soweto and Braamfontein. So they set up photo shoots in these environments, using friends and each other as models. The pics are carefully composed, lit and colour-graded, much as one would a fashion shoot or a portrait study, to reflect their interest in design, style and fashion. 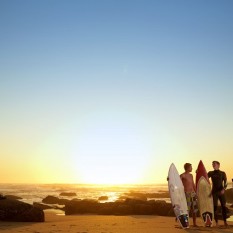 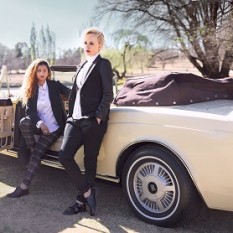 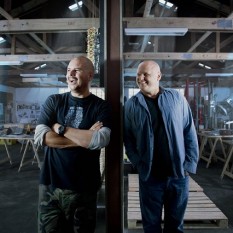 But while the environments are often unglamorous, the ‘artistic eye’ the trio brings to each photo transforms them — you can see the love they have for their city, just by the way each shot is framed.

The team comprises Justice Mukheli, his twin brother Innocent, and Vuyo Mpanthsa. Justice is a former agency art director who has worked with agencies such as Ogilvy and FCB in Johannesburg.

Going from strength to strength

It seems the three young guys are going from strength to strength, and now they have picked up a sponsorship from William Grant & Sons, distillers of Grant’s Whisky, which has enabled them to embark on a tour to Cape Town, Durban and Johannesburg, to portray everyday South Africans, within the general theme of ‘Stand Together’.

The theme celebrates ordinary people who have achieved extraordinary things through co-operation. 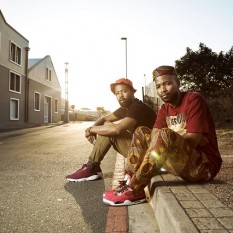 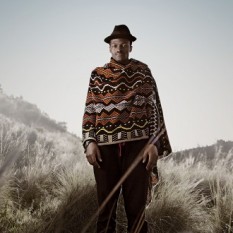 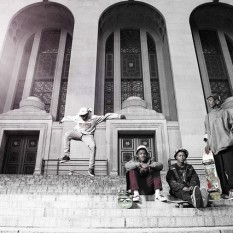 Lauren Kuhlmey, the marketing manager for the William Grant & Sons portfolio at Edward Snell & Co Ltd says, “By collaborating with I See A Different You, we want to depict these incredible moments of courage, support and solidarity, a demonstration of the rewards reaped through collective achievement as opposed to the singular.”

The culmination of the project is to mount national gallery exhibitions in the three cities, showcasing a new set of images they have produced in collaboration with the whisky distiller.

Speaking on a video that explains the project, Justice Mukheli says, “Stand Together means that you can’t be what you want to be if you are alone. No-one gets to their success by themselves.”

Kuhlmey adds: “It is not about material possessions and necessarily an individual’s wealth, but rather friends with shared values and ambitions, and acknowledging those who have helped you along the way to achieve your goal. After all, what’s the point in making it if you cannot share it with your friends and family?”

Some of the people profiled are fashion-designer duo Augustine and Maria; Soweto Skate Society; comedians Goliath & Goliath; Andile Dyalvane and Zizipho Poswa, who do unique ceramics and sculpture; bloggers; designers; rappers… all examples of teamwork that has led to success. 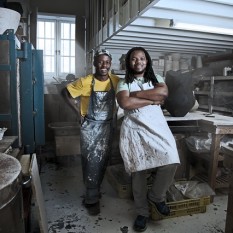 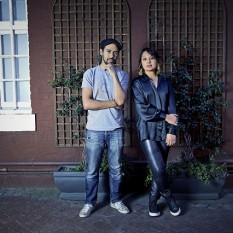 The exhibition is already on in Cape Town — if you’re in Durban or Johannesburg, check out your national gallery at the end of October and beginning of November.

‘Stand Together’ is part of Grant’s global campaign, and this project is being handled on the digital/social side by Platinum Seed, with general exposure being handled by Butterknife PR.

“It’s been a whole lot of hard work,” says Mpanthsa, “but it’s very inspiring at the same time, because once you listen to the people’s stories and how they got to do what they do … you realise that there’s a lot of people out there doing amazing things that they love.”

Looking at these pictures, it’s clear that the guys from the ISADY collective also love what they do, and are proof indeed of the Stand Together principle.

It’s also great to see a brand such as Grant’s Whisky getting behind them and promoting young talent in this way.