by Colwyn Elder (@colwynelder) There’s been a lot of design talk since Cape Town took the title of World Design Capital (WDC) 2014, albeit little evidence of the latter in the Mother City. And with good reason: the majority of projects supported by WDC are below the radar, designed to bring social change and improve lives across our city, not sit in the window of a luxury showroom or exhibition hall.

However, design-hungry patrons certainly got their fill at the end of February 2014 with Design Indaba’s signature lineup of creatively inspirational speakers, complemented by the prestigious GUILD exhibition, Africa’s first international design fair. 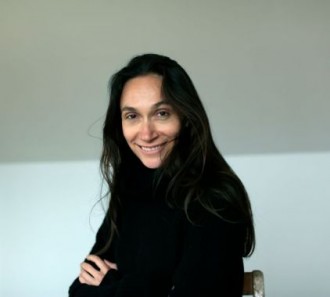 Key theme across both

In keeping with Cape Town’s WDC premise “Live Design, Transform Life”, sustainability was a key theme across both.

At Design Indaba, Juliana Rotich, co-founder of Ushahidi (meaning “testimony” in Swahili), spoke about its open-source crisis-mapping platform that allows communities to report on incidents or emergencies during and after disasters, conflict and unrest.

Ushahidi was set up in the wake of Kenya’s post-election violence in 2008 and has since been used to report on the earthquake in Haiti and the tsunami in Japan, as well as the recent conflict in Ukraine. The platform is free to use and anybody may contribute information, be it a simple text message or a video upload.

In further pursuit of its aim to get the world connected, the company has also developed BRCK, a modem that makes accessing the Internet simple and reliable wherever you are. The BRCK is designed to withstand unpredictable environments, particularly useful for developing nations known for a less-than-robust infrastructure, says Rotich.

Speaker Tom Hulme is design director at IDEO, as well as co-founder of OpenIDEO, an open and collaborative platform that also encourages creativity. OpenIDEO is a place where people can pose a challenge or idea and then work with other users to create and innovate solutions in response. And, if you’re not up for that, you can also contribute by rating and evaluating other people’s suggestions; the winning ideas will be developed.

A current challenge featured is how to make life safer for the millions of women and girls living in low-income urban communities across the world. If you are interested in participating to help solve this challenge, register now at OpenIDEO.

IDEO’s human-centred design philosophy creates and delivers solutions based on people’s needs, and Nille Juul-Sorenson of the Danish Design Centre powerfully reminded the audience as to what these needs are: that for 99% of humanity, clean drinking water counts as a luxury object, yet we continue to focus on designer handbags for the 1%.

“Design like you give a damn!” he implored, setting up fellow Danish Design-er Vinay Venkatraman to share his story of hacking alarm clocks in rural India, turning them into simple health monitoring devices that relieve pressure on hospitals and medical personnel.

In contrast, the GUILD Design Fair showcased objects of breathtaking beauty and, while Design Indaba’s particular mix of sustainability was all about innovation for social impact, GUILD explored the theme through a focus on making at an ‘elevated, collectible level’.

Looking at the process of making brings attention to how an object was made, the materials used, the amount of time taken, and the person who made it, all of which attribute a greater meaning to the end result.

Supported by the British Council as part of its Connect ZA programme, Maker Libraries are spaces for collaboration that aim to create connections between young creatives and audiences across the two countries. Each library contains: a reading space, a showcase space and a make-space, allowing users and librarians to share skills and ideas both in person and over a digital platform that then connects with other libraries, becoming a collaborative, peer-to-peer learning space.

“The most powerful way”

“Making is the most powerful way that we solve problems, express ideas and shape our world,” says Charny.

The programme will culminate with an event to showcase the achievements of the first year, with the ambition to expand into a world-wide network.

Charny also refers to making as: “an active way of thinking, something which can be carried out with no particular goal in mind… in fact, this is a situation where innovation is very likely to occur.”