Ad of the Week: Give those ad makers a Bell’s!

by Oresti Patricios (@orestaki) You know a campaign has reached the ‘golden mile’ when the words spoken in a brand’s advert becomes a part of our everyday parlance. In ‘old speak’, I’d say it’s kind of like ‘braaivleis and sunny skies’ — only better — but, in ‘new speak’, it’s about becoming an endearing and enduring internet meme.

On Twitter, these days the words “Give that man a Bell’s” (or “Give that woman a Bell’s”) have become a widely used alternative for giving someone a virtual ‘high five’. It’s also the phrase of choice for celebrating a smart or impressive achievement, so much so that “Give that man [or woman] a Bell’s” has even come to be used, in a slightly ironic way, to express admiration without coming across as sycophantic or ingratiating.

Let’s put it this way — it’s the language spoken by the interweb’s cool set. Take a look at these tweets below to see exactly what I mean:

Give that woman a Bells! “@News24: Madonsela: Provisional report ready in a month http://t.co/GgObGidCE4”

Dear future husband can we have @Tbose_BestT playing at our wedding. Uyangibula nge African Music. Give that man a Bells!

The first ad with this payoff line for Bell’s, the blended Scotch whisky brand originally produced by Arthur Bell & Sons Ltd, was launched in 2010. The commercial featured a fly fisherman using his casting skills to recover the pub keys just in time for kick-off.

The slogan certainly has ‘legs’, as it has given birth to several more excellent campaigns, including a billboard last year that celebrated ‘unsung heroes’.

Today, the whisky brand is owned by British multinational Diageo plc, which is headquartered in London, and is the world’s largest producer of spirits and a major producer of beer and wine. In South Africa, Bell’s is managed by BrandHouse, the JV company founded by Diageo, Heineken International and Namibia Breweries Limited.


But let’s get back to that new advert, shall we? This time around, the Bell’s ad is a lump-in-the-throat saga that tells the tale of an elderly man who learns to read. Despite the colour grade, which succumbs to the modern trend of desaturation, the cinematography has a gentle, soft feel.

Watch it above — warning: it’s not safe for work, because you don’t want your co-workers to see you crying.

Much of the new Bell’s ad was shot at night, which adds to the moodiness, and the soundtrack has a theme that slowly builds as we follow the old man in his journey: he attends adult literacy classes in the evening, reads from a menu, sings the ‘ABC’ song, plays Scrabble, and his reading progresses to the point where he eventually picks out books in a library.

The final scene sees him tracking down an author in a pub. He sidles up to the tall, handsome writer, and the great reveal is that the author is in fact the reader’s son. With a look of admiration, the son says (you guessed it), “Give that man a Bell’s”. 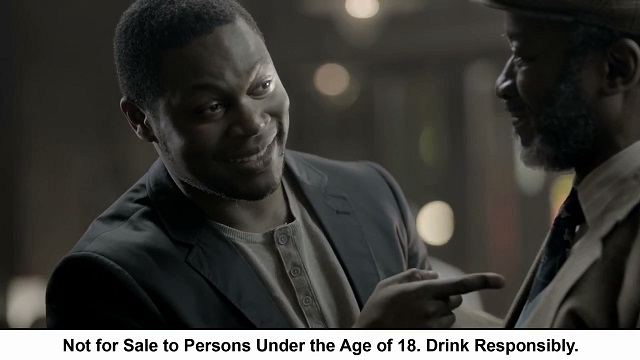 Yes, it’s a sentimental advert, but it is so astutely crafted that it comes across as completely authentic and heart-warming. And, considering the problem of adult illiteracy in the country, the Bell’s commercial proffers an inspiring message. 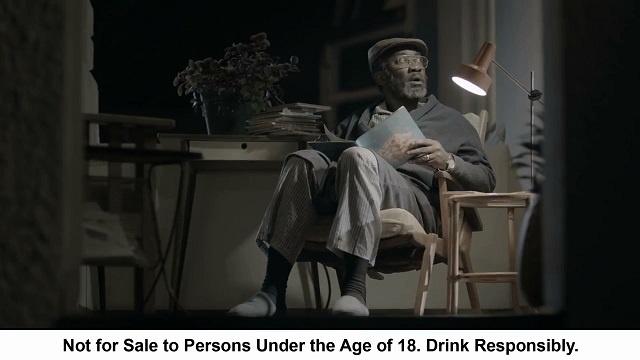 The two-minute mini-movie was produced by King James, which originated the campaign. The commercial was helmed by Greg Gray of Velocity Films, and King James’s Devin Kennedy was the executive CD, Mike Wilson the CD, and Cameron Watson the art director.

And what do we say to the makers of this commercial?

Give those people a Bell’s!

Here’s the behind-the-scenes video, with the ad shown directly afterwards: