The report showed that nearly 80% of us would like to look better. “If you’ve ever wondered why the health and beauty industry is 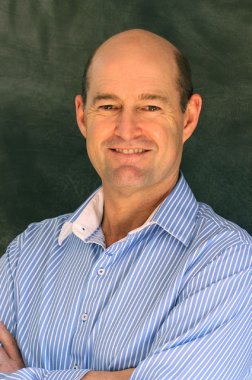 so enormous,” the report quips, “now you know.”

People’s reasons for exercising was quite interesting – 51% of respondents exercised to keep toned and fit (so it’s a ‘maintenance job’ rather than a ‘repair job’), and 50% said it relieved stress and improved their mood. Improving fitness was ticked by 46% of respondents, while only 42% said it was to keep their weight in check  and only 28% said they exercised to lose weight (the report speculates that perhaps ‘people are increasingly realising that losing weight is a pleasant by-product of a healthy lifestyle’ and not just exercise). Close to ten percent picked ‘to socialise.’

Lowe left Ramsay Media in late 2012. There were a number of reasons for him leaving, including that he wanted to build something that he could have a stake in, his sense of a disconnection between the shareholders at Ramsay (who is gearing up to sell their stake in the business, something they had denied they were planning to do during his tenure, according to Lowe) and members of the management team, disquiet about the fate of analogue dependent media business in the digital age as well as his daughter Jenna’s fight against Primary Pulmonary Hypertension (read her blog raising awareness on the illness).

The research business that Lowe co-founded, alongside Gordon Hooper and Alan Todd, is called WhyFive, because Lowe says if you ask ‘Why?’ five times, any question will be fully answered.

Lowe describes the WhyFive methodology as digital (research is conducted online), inexpensive, in-depth (it takes 20 – 40 minutes to complete a typical survey) and with a fast turnaround time. Concept to data to insight takes anywhere between 2 weeks and 2 months ensuring the reports are as relevant as possible.

WhyFive is currently working on several research reports including ‘The Retail Shopper Report’ – focused on retail across all categories. Lowe expects a total sample size of between 25-30 000 on this report (Body Image had around 1600). The reports don’t only contain data but also analysis – or as Lowe puts it – ‘data with soul.’ A report on ‘Cool’ with a link to youth brands is also on the cards.

Ultimately, Lowe would like to build WhyFive out on the model used by Mintel in the States – reports in various verticals available for sale online. The business is being built on low overheads and will follow a collaborative model with around ten people spending some of their time on work for the company. Once he has proof of concept Lowe will take the business into other African markets.