by Alistair King, Chief Creative Officer, King James Group (@alsparkles) The last time I judged Cannes Lions Film I swore never to do it again. I found the process political and argumentative, and many of the jury members devious and full of agendas. I found letters in my room from production houses telling me what work to look out for and hardcover books, elegantly printed by holding companies, showcasing their finest work. Party invites inevitably came with a 5 minute sales pitch on which ads they had entered.  All in all I found the whole thing sickening and desperate and so I decided to approach this Cannes with a sense of calm and humour. As it turned out my pre-judging-self-pep-talk proved to be unnecessary. Apart from an early effort to establish alpha dog supremacy in the room, (which Sir John Hegarty won convincingly) the entire process was smooth, friendly and massively constructive.

After 4 days of hearing people motivating for work they admire, you do start to see patterns that mostly fall on nationalistic lines, but generally 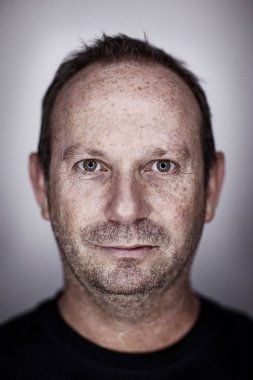 speaking this year’s panel was wonderfully neutral, with few signs of the block voting and favour trading that typified my previous experience.  This time I left having made a few good friends and feeling that the best work won.

By its very nature, the award process is flawed. There are 3500 commercials and films to view over the first 3 days and one can fully expect the opinion of 22 jury members to differ vastly from that of a different set of 22. With so many films to view, many of which are between 30 and 90 minutes in length, judges are initially split into 3 groups to filter out what will eventually become the long shortlist. I have a feeling judges are put into filter panels that minimize the chances of them judging their own country or agency group’s work as I saw very little South African work in my slots, and very little again when I eventually got to view the long shortlist.  Much of what I considered to be the best South African work was eliminated at those early stages. It is brutal to say the least. Just like that, your 640Euro entry is gone at the press of an iPad screen. After 3 full days of judging, the jury was put together for the first time to view, in one 14 hour sitting, all 385 films that had made it through. Of these a further 100 would be culled leaving you with what is commonly known as ‘The Shortlist’.

There are two broad categories at Cannes Lions Films. The A category (TV and Cinema Commercials) and the B Category (Online, Viral, Interactive, Branded content and Short and Long format films). Many of the entries in the latter category are cunningly broken up into episodes to disguise how long they really are. Anyone who suggests that the traditional TV ad is on the decline is kidding themselves. What was very apparent this year is that much of the great production values still lie in the traditional space. There were literally hundreds of films in the online category that were cheap and nasty and this kind of work was not granted any kind of grace. Idea remains king, but if it wasn’t well produced, it was swiftly binned.  One judge verbalized it very well: If you’re going to make a film, your film must live up to the standards set by the great film awards like Sundance. The fact that you are operating in the online space is no excuse for shoddy film values and predictable product expressions. This new thing called Content has to be every bit as beautiful and every bit as entertaining as anything else made on film.

By Friday 5pm, we had selected 100 winners from the 3500 entries. Sir John Hegarty had set the tone upfront by insisting that we look for work that is fresh, as opposed to original. In describing the difference, he said we are all copyists in a sense – everything has been done before. He asked that we look instead for work that makes you feel something different or offers a unique perspective on the brand and the category in which it operates.

[pullquote]By its very nature, the award process is flawed. There are 3500 commercials and films to view over the first 3 days and one can fully expect the opinion of 22 jury members to differ vastly from that of a different set of 22. With so many films to view, many of which are between 30 and 90 minutes in length, judges are initially split into 3 groups to filter out what will eventually become the long shortlist.[/pullquote]

What becomes abundantly clear when judging Cannes is that it takes something very special to stand out. If you’re going to make a funny ad, it better be very funny. If you are going to try and tap into a humans’ deepest emotions, you’d better make an utterly unique observation of what we are all about. Anyone who thinks they can win a prize at Cannes with beautiful footage expressing a stale, well-trodden idea, is dreaming. Hegarty summed it up perfectly over lunch by saying “Good ads are 80% idea, and 80% production”. You have to have both. There is no grey area. The jury is brutal and most know 10 seconds into the ad whether it is intriguing or not.

This was definitely the year of the split screen. There were hundreds of them. Some made it onto the shortlist, but few converted into metal. Media houses and marketers should also take note of the length of most of the winners. There are a few gems that are short and punchy, but anything with any real emotion is 50 sec and longer. At a time when everyone is talking about storytelling, it’s important to accept that stories take time to tell and certainly this year’s winners prove that. If anything we are seeing the re-emergence of the long ad, thanks largely to the longer format films being made online. Another trend this year was the ‘filmed stunt’, spurred on by the success of Carlsberg’s ‘Bikers’ and TNT’s ‘Push to add drama’ last year. In many respects, even this is becoming an overly familiar genre and nothing works against you more at Cannes than familiarity.

[pullquote]There are a few gems that are short and punchy, but anything with any real emotion is 50 sec and longer. At a time when everyone is talking about storytelling, it’s important to accept that stories take time to tell and certainly this year’s winners prove that.[/pullquote]

Certain categories, which have historically done very well at Cannes, crashed and burned this year. It’s bound to send a very strong signal that they and their category are getting complacent, if not totally falling asleep on itself. Fast food for example was abysmal.  As was the Financial Services category.You can almost see where the pressures are globally.  If one client doesn’t step up with amazing advertising, the category as a whole tends to slip easily into a state of comfortable boredom.

Cannes awards two things; freshness on the part of the agency, and courage on the part of the client. When you watch 250 ads and films back to back in the same category, those agencies and clients who have stuck with the expected, the default  language of the category, get nowhere. Those that have bravely sought out new observations of how consumers interact with their products stood out, just as they do in the real world.  On more than one occasion you would hear a judge talk passionately about a particular piece of work. They would often say “I work in this category – it’s really hard to make decent work in this category – it deserves an award just because it pushes the category forward”. That pretty much sums Cannes up. At the end of the day, the ideas that won celebrate the human spirit. They break the norms of the category. And they offer something fresh and intriguing in a world of advertising sameness.

By Friday lunchtime it came down to 4 pieces of work across both categories: Dumb Ways to Day – a catchy, naively animated music video that arrived at Cannes backed by a wave of unprecedented hype. Dove Sketches – a beautiful observation of how many women see themselves. Southern Comfort – ironically, a beautiful observation of how comfortable a southern comfort man is in his own body.  And ‘The Beauty Inside’ – an extraordinary film in 6 parts created for Intel and Toshiba.

I had watched ‘The Beauty Inside’ during the preliminary judging done in the weeks leading up to Cannes and had decided already that it would most likely be my Grand Prix choice. It is a game changer in my opinion– the most beautiful and profound link to a brand that I have ever seen. Whilst most advertisers in this category are slipping their products into their films in really indiscreet ways, Intel and Toshiba managed to create the most beautiful expression of its products wrapped up in a sublimely human story. As a film, from the acting to the production values, it is flawless. And it took less than 20 minutes of debate for the jury to pick it as the Online category Grand Prix over its nearest contender ‘Dumb ways to die’.  At the back of everyone’s mind though I suspect ‘Dumb ways to die’ was always going to be a likely winner in the Advertising category.

As a piece of film it’s hard to say exactly why ‘Dumb ways to die’ is so good.  It’s contagiously catchy and its power as an effective piece of communication is undeniable. Yet there is nothing brilliant about the animation, nor is the soundtrack a leap forward musically. It just can’t be ignored. For a while the jury was split between this and Dove Sketches, but many of the judges were very critical of Dove’s viral hit. Some felt it was contrived in places, and others had a fundamental problem with the message and the feeling the film left you with. The debate raged for close to 40 minutes, till the panel arrived at the rather inevitable conclusion that ‘Dumb ways to die’ deserved to win a film Grand Prix. All things considered, Film was the ‘ground zero’ of this campaign, and so an entirely deserving place for it to win.

From a South African perspective, it was another bleak year in this category, with only one Bronze to our credit. Category for category, Film is now where we perform the worst and has been for quite some time. This should not be the case however. We have great directors, great production resources, and all the creative talent we need to make interesting, provocative films.  We appear to be constipated though, resorting to category cliché’s and predictable story telling formats. It’s time we change that, and the sooner the better.  We need to push ourselves, and we need to push our clients. There’s always next year, but I guess that’s what Cannes is all about.