By Herman Manson (@marklives) The Sekunjalo Independent Media (SIM) consortium has (finally) announced details of the ownership of the consortium that successfully bid for Independent News & Media SA. The consortium will hold 75% of the shares in the newspaper group while the Government Employees Pension Fund (GEPF), through the Public Investment Corporation (PIC), will hold 25% (but wait – it’s not quite as simple as that – read on).

SIM shares will be held by a host of stakeholders connected to the ruling Tripartite Alliance (consisting of the ANC, Cosatu and the SACP). 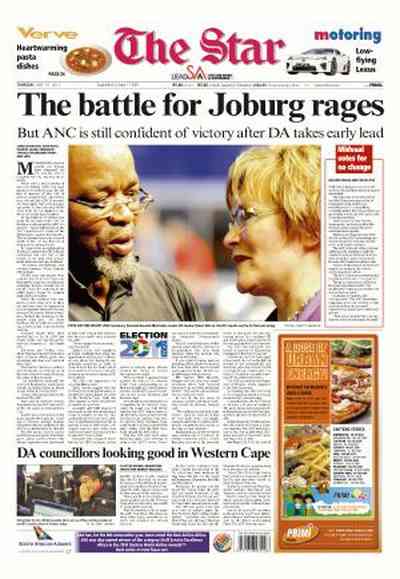 According to the statement released by Sekunjalo Independent Media the lead shareholder grouping in SIM will represent 63 per cent of the consortium while 36% of shares will be held smaller groupings (total = 100% of shares). In a twist the statement then talks about another 20% of shares that will possibly placed with ‘a Chinese Consortium,’ alongside the 25% now held by GEPF/PIC and the 75% held by SIM, which will obviously dilute the shareholdings of the PIC and SIM.

Anton Harber writes, “One can safely say now that Independent Newspapers, the country’s second biggest newspaper groups, is in hands which are closely tied to our ruling party, the ANC. This in itself is neither here nor there, depending on how Dr Survé plays that out and interprets his and his newspapers’ roles.”

In a recent interview, Survé told Grubstreet “… as South Africans, I feel our decision-making is often made on speculation and perceptions and we always assume the worst about our country and our people. Things have to change if we’re going to grow this nation.”

When ANC cadres discussed the role of the media in South Africa at Polokwane they said that “Building social cohesion and promoting values of a caring society are an essential part of the battle of ideas and must underpin and inform the manner in which the media operates.”

There seems to be potential for significant overlap in these two views.

But then, in the same interview, Survé also said “…I also believe that anyone who thinks that they control news – whether you’re a proprietor or whether you’re a government – is living in cloud cuckoo land. The world has changed…” In that he is correct – and the fortunes of Independent News & Media SA will rise or fall on the value he places on those words.

Hermaneutics is a column by MarkLives.com editor Herman Manson. It indicates as much opinion as reporting.